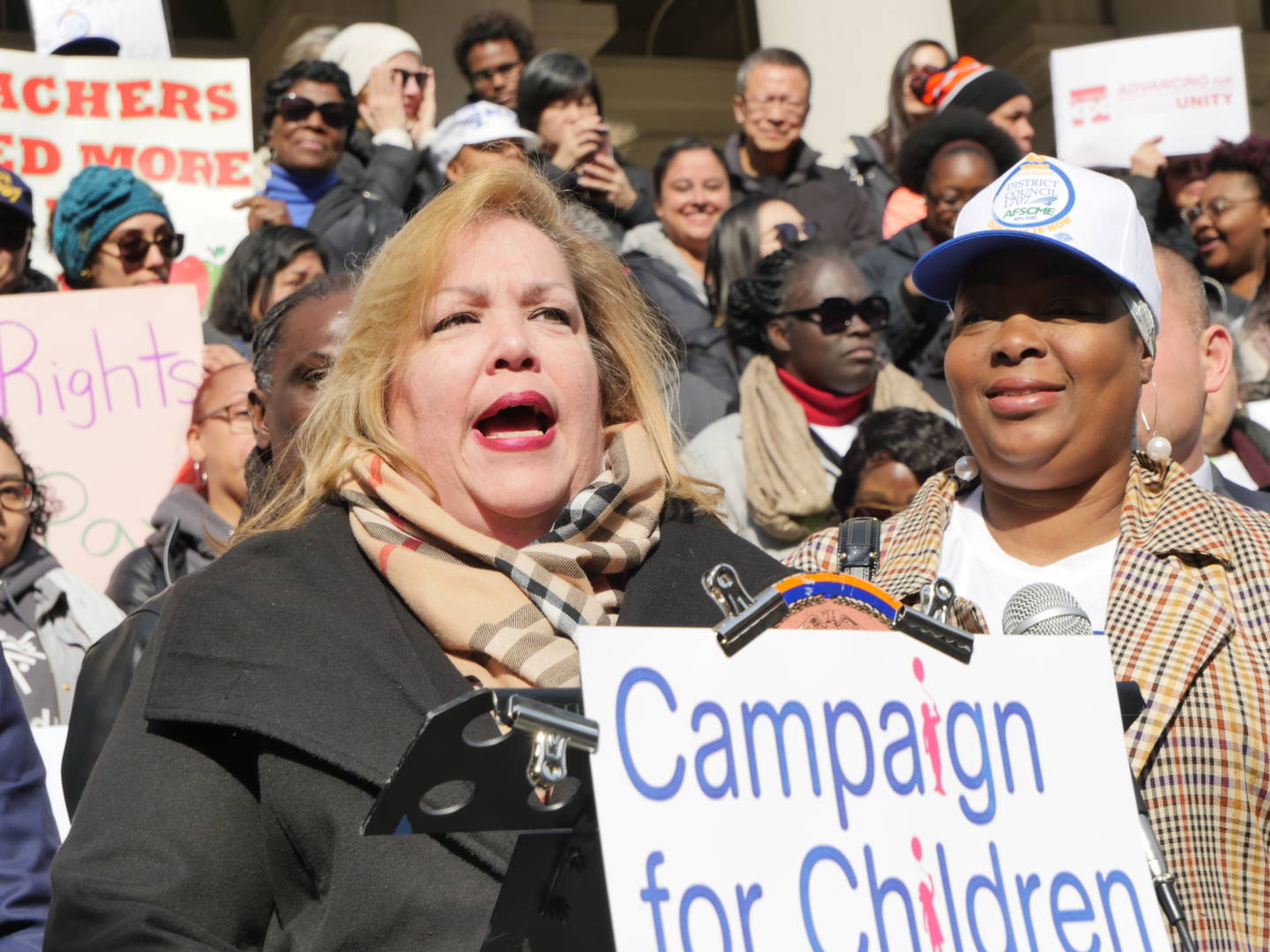 (NEW YORK CITY) - The ongoing pay disparity between Early Childhood Education Teachers working at Community Based Organizations (CBOs) throughout the five boroughs of New York City and their counterparts at the Department of Education is being jeered as “disgusting” and “racist.”

As many as 10 City Council Members and the City’s Comptroller joined the Union representing CBO Early Childhood Education Teachers on the steps of City Hall last week, demanding Mayor Bill de Blasio finally take action to correct the disparity that one Queens legislator called, “the longest running Labor issue in the City of New York.’

“We ‘want ‘the New York City Daycare Council to reopen our contract so that my Members ‘can finally obtain parity,’” American Federation of State, County & Municipal Employees (AFSCME) District Council 1707 Executive Director Kim Medina told supporters. “The mayor ‘should not use the excuse that the contract is closed not to give them parity.’”

“Mayor de Blasio has been in office for six years - the ‘discrimination against’ Professional Childcare Employees ‘has been going on for decades’ – ‘what is the mayor waiting on to right this wrong?,’” Medina continued. “Why is it ‘taking so long to fix what is broken?’”

Frustration levels have risen so high, that both Head Start Local 95 and DayCare Local 205 recently voted to Strike if pay parity is not achieved.

“My Members ‘understand that this administration only gives lip service to Women of Color,’” Medina added. “As a Puerto-Rican/Hawaiian from the Bronx, ‘I’m so highly offended, it disgusts me every day.’  ‘We do not want to wait until 2021’ (for a new contract).  ‘This is not a contractual issue, as much as the City of New York righting a wrong that has been plaguing our city since the (two-term Mayor John) Lindsay Administration (of the 60s and 70s).’”

“This ‘has to be the last time that we come out here - this issue has been going on for far too long,’” Democratic City Council Member Laurie Cumbo said. “Anytime you find a place ‘where predominantly Black and Brown Women are - is where you are going to find issues of inequality.’”

To Continue Reading This Labor News Report, Go To: http://laborpress.org/pay-disparity-among-nyc-early-childhood-education-teachers-jeered-as-racist/