So Many Construction Workers Wear Them, But Do They Know Much About Them? - From The âHard Boiledâ Hat To Today's âSkull Bucket,' A History Of Hard Hats 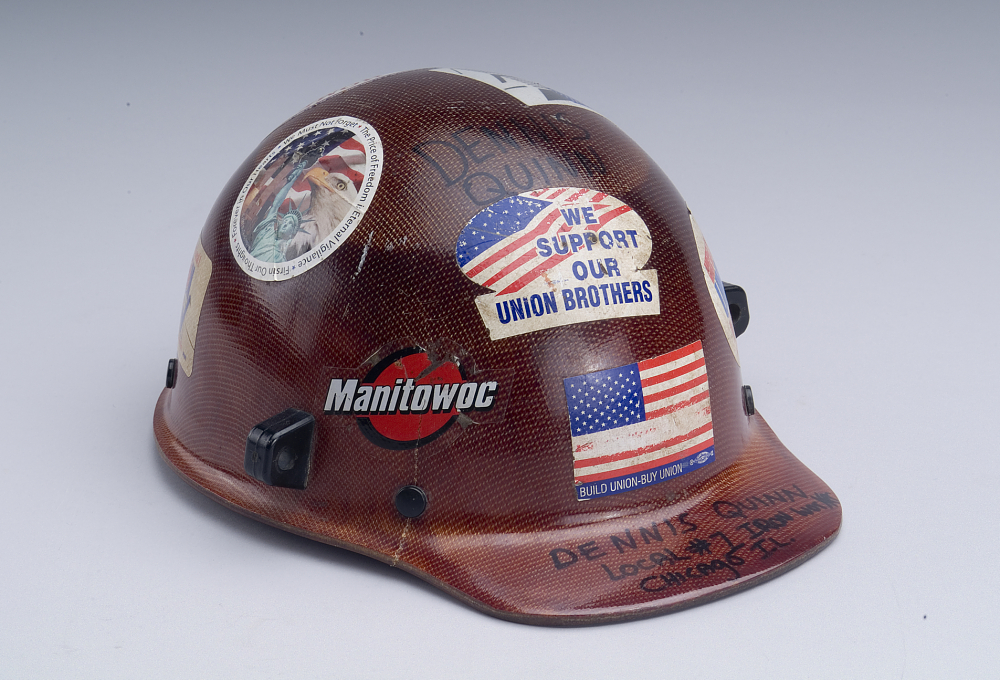 So many Construction Workers wear them, but do they know much about them?

When were the first hard hats manufactured?

How has the design changed through the years?

And 50 years ago, head protection wasn’t widely required for Workers.

But, thanks to advances in safety, the hard hat has evolved over the decades.

Established in San Francisco in 1898, Bullard sold carbide lamps and mining equipment to Gold and Copper Miners. “The Miners used to wear a soft derby, similar to a baseball cap.  It had a small, hard-leather and shellac brim,” said Edward D. “Jed” Bullard, the Chairman of the Board and former President and CEO.

In 1915, my grandfather began work on a helmet that could protect miners from falling objects. He based it on the Doughboy, a helmet he’d worn as a soldier in World War I.

The ‘Hard Boiled® Hat’, patented in 1919, was so called because of the steam used in the manufacturing process,” said Bullard.

“The original ‘Hard Boiled® hat’ was manufactured out of steamed canvas, glue, a leather brim, and black paint.  My grandfather built a suspension device into what became the worlds’ first, commercially available, industrial head-protection device,” he said.

"The project’s chief engineer, Joseph B. Strauss, ‘shared a vision with my grandfather that the workplace could be a safer environment for the Worker.’  ‘One problem the bridge project faced was falling rivets, which could cause serious injury,’” said Bullard. “My grandfather ‘transformed the mining helmet into a durable industrial hard hat.’”

The project faced a second problem with the steel coming by train from Bethlehem, Pennsylvania - it oxidized and needed to be sand blasted before being painted.

My grandfather designed a simple sand-blast respirator helmet-basically a hard hat with a bag over it.  There was a window to see through and fresh air pumped into it.  That was the beginning of our respiratory-protection business.

In 1938, Bullard designed and manufactured the first aluminum hard hat, which was considered very durable and reasonably lightweight for the time.

“Even today, a few clients ‘still have’ their twenty-five-year-old aluminum hard hat,” said Bullard. “These hats ‘have one serious drawback, aluminum is a great conductor of electricity.’”

In the 1950’s and 1960’s, thermoplastics replaced fiberglass because the newer material was less costly and better suited for the applications.

Bullard was one of the first manufacturers to inject thermoplastic into a mold to produce a hard hat.

The director of safety at Bechtel Corporation, one of Bullard’s major clients, felt that hard hats didn’t have the proper suspension for field work.

In response, Bullard introduced a new helmet that incorporated a non-slip ratchet suspension with a knob in the back for simple sizing.

To Continue Reading This Labor News Story, Go To: www.bullard.com/history-of-the-hard-hat