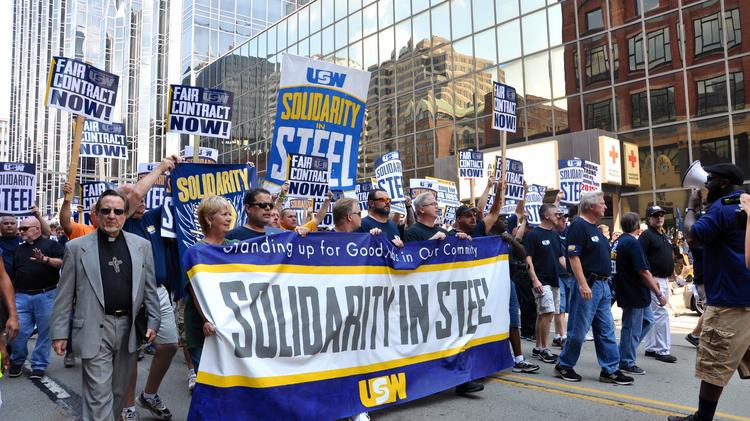 Young (pictured below) was a Union Activist for more than five decades, starting in 1960 as a Member of the International Brotherhood of Pulp, Sulphite & Paper Mill Workers Local 801 at the East Texas Pulp & Paper Company, where he was elected Local Union President in 1971. 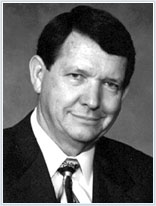 Young organized Paperworkers throughout the Southern United States for the UPIU and served as a UPIU Staff Representative and Regional Director before his election as UPIU President in 1996.

“Boyd Young ‘never wavered from his deeply held commitment to building better lives for Working People through the Labor Movement,’” USW International President Leo W. Gerard said. “He ‘provided steadfast leadership and vision at a time when Workers needed it the most.’ ‘Every Member of the USW owes him a debt of gratitude.’  ‘He will be missed.’”

As UPIU President, Young consistently sought to increase Workers’ bargaining power.  With that goal in mind, he led his Union through a merger with the Oil, Chemical and Atomic Workers (OCAW) in 1999, creating the Paper, Allied-Industrial, Chemical and Energy Workers International Union (PACE).

Young became the President of the new Union, which merged with the Steelworkers in 2005 to form the USW.

“Boyd’s ‘dedication and sense of purpose made the USW the Union we are today,’” Gerard said.

Young was responsible for creating the Union’s Emergency Response Team, which provides Members, families and Co-Workers with immediate assistance after life-altering workplace injuries and fatalities, and for establishing the Union’s Coordinated Bargaining Program in response to growing consolidation in the paper industry.

He also served as a Vice President of the National AFL-CIO.

“While we ‘feel a deep sadness’ at Boyd’s passing, ‘we also feel a strong sense of gratitude for his dedication to the Labor Movement and to the cause of fairness and justice,’” Gerard said. “His ‘was a life well lived.’”

Today, the USW represents 850,000 Workers in North America who are employed in many industries - including Metals, Rubber, Chemicals, Paper, Oil Refining and the Service and Public Sectors.

To Directly Access This Labor News Report, Go To: https://m.usw.org/news/media-center/releases/2019/usw-president-emeritus-boyd-young-dies?fbclid=IwAR0cQUiLDDaZ63i8KXg6k6XVwxPb9h9F9w2hseu2zmTTWF87yxGpiCSDdms#.XIgEfrKGFJE.facebook