Girl Power! Mentoring The Next Generation Of Union Workers 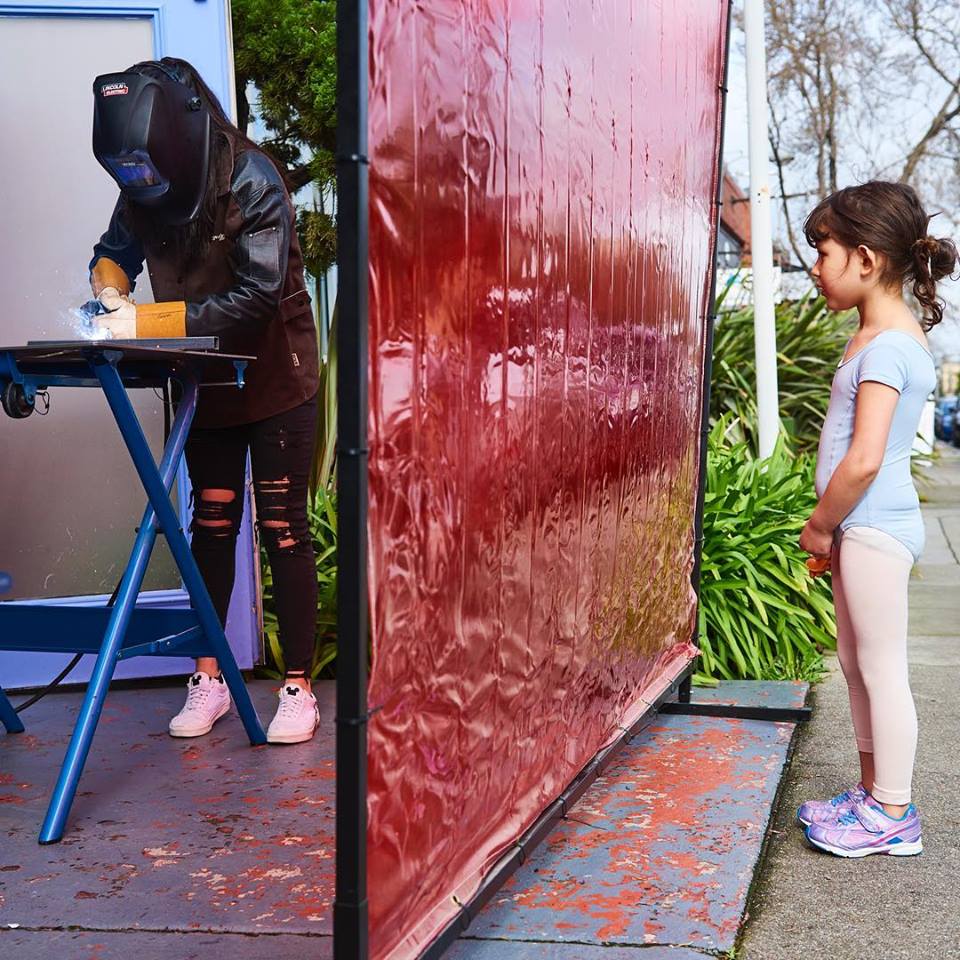 (NEW YORK CITY) - Right now, Marvel Studio’s “Captain Marvel” is blazing across the silver screen, inspiring young girls everywhere to be the heroines of their own stories.  Next week, at a special Building Trades Career Fair in the Bronx, a group of real life Union Heroines are determined to inspire young girls in New York City to grow up and be super on the job.

The Women@Work: Building Trades Career Fair for Girls at the Bronx Design and Construction Academy, located at 333 East 151st Street, is taking a non-traditional approach to career development on Thursday, March 21st - not only demonstrating the tools of the trade, but also deconstructing the image of those using the tools.

Mentors representing a variety of Building Trades including Carpenters, Plumbers, Sheet Metal Workers, Laborers and Plumbers will be helming informational booths during the fair, but some of them will also be participating in a Tradeswomen Fashion Show following the event.

It’s an effort, according to Judaline Cassidy, Executive Board Member of the New York City Coalition for Women in Construction (NYCCWC), to “change the image of hard girls” by showing youngsters how many Tradeswomen look when they’re not building skyscrapers or operating heavy machinery.  “We want to ‘expose girls to possibilities’ – ‘if I can look like this, you can do it, too,’” Cassidy says.

“Jobs ‘don’t have genders,’” Cassidy says. “When ‘I show kids my paycheck’ – ‘that’s the wake-up call.’  ‘When you put tools into the hands of girls their lives are changed.’”

The program is so successful that there’s a strong push to introduce Tools & Tiaras to the New York City Public School System and create even more workshops across the country.

“People ‘want’ Tools and Tiaras in their States” Cassisdy says.

For Cassidy, mentoring young women and girls in the Building Trades has everything to do with equal opportunity and workplace justice - but it’s also about strengthening and growing the entire U.S. Labor Movement.

As every Trade Unionist knows, the percentage of Union Membership among U.S. Workers currently stands at a paltry 10.5%, according to the Bureau of Labor Statistics (BLS).  It’s a declining figure that’s a far cry from the nearly 35% seen during the 1950s.

But bringing more women into the Trade Union Movement can help change all that.

“We ‘love and support’ our Unions ‘as much as our brothers,’” Cassidy says. “And ‘we keep them healthy by bringing in the next generation to the wonderful careers’ Unions ‘offer.’  ‘The future is bright is we keep girls empowered.’”

Welcome to the League of Superheroes.

To Directly Access This Labor News Story, Go To: http://laborpress.org/girl-power-mentoring-the-next-generation-of-trade-unionists/