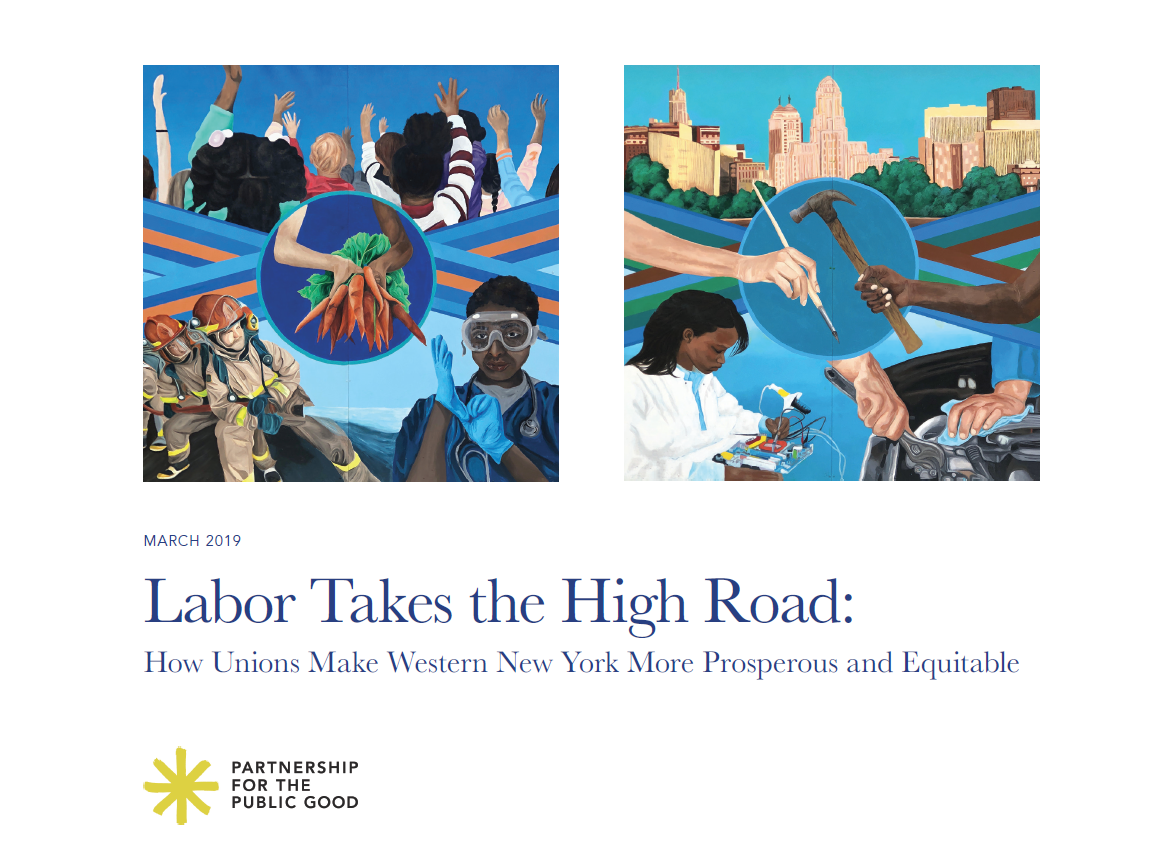 The 18-month-long study and report was undertaken by the Partnership for the Public Good - a community-based Think Tank that unites more than 280 organizations across Western New York, in collaboration with Cornell University’s Industrial School of Labor Relations/Buffalo Co-Lab, the Western New York AFL-CIO Area Labor Federation (WNYALF) and its affiliated Member Unions, and the Workforce Development Institute (WDI).

Publicly unveiled at a late Friday (March 8th) press conference (Pictured Below/WNYALF Photos), it comprehensively revealed the major impact Unions have on the region, not only through Collective Bargaining, but also for the common good of Western New York’s eight counties and numerous communities. 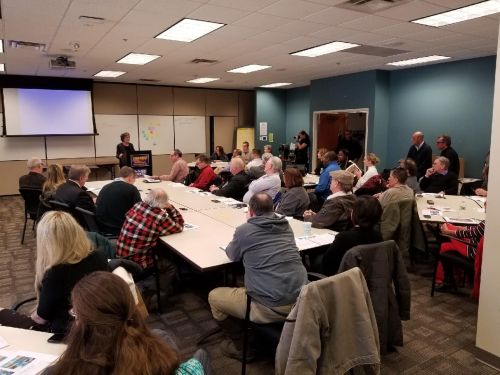 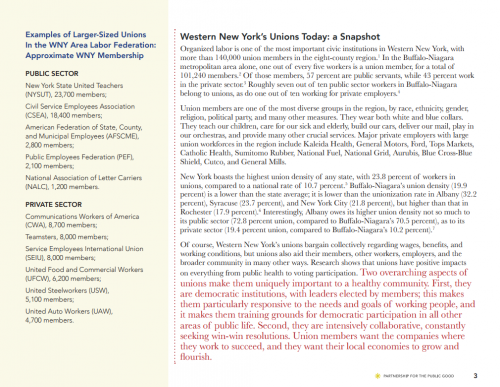 The report concluded: The role of Unions is more important than ever.  Western New York has seen a surge in economic development and a major boost to civic morale.  Buffalo’s waterfront, medical corridor and downtown have attracted large public and private investments, and (New York State’s) Buffalo Billion initiatives have brought new life to old industrial sites on Buffalo’s South and East Sides.  And yet, severe challenges remain: Middle Wage Jobs continue to vanish, and the City of Buffalo has the fourth-highest child poverty rate in the Nation.  One-third of the region’s workforce works in an occupation with a median wage of less than $15 per hour, and too many Workers - lacking the advantage of Union Membership, are lacking the basic components of a good job, full-year, full-time employment, fixed schedules, health care, paid sick days and vacations, workplace safety, pensions and freedom from exploitation.  The research gathered in this report demonstrates that Organized Labor is vital to forging a sustainable and equitable path forward.  Western New York’s Unions have proven that they raise benefits and wages, improve working conditions, investment in their communities, an increase in civic engagement, and the promotion of sound public policies.  Labor builds the high road - the road to shared prosperity in a thriving region.

“This study shows ‘no doubt’ the role Organized Labor (plays here in Western New York),” WNYALF President Richard Lipsitz (pictured below) told WNYLaborToday.com.  “We want to use this as a ‘tool’ to ‘organize and push a number of positive and beneficial initiatives, as well as dispel the lingering stereotype that Unions are a bad thing.’  This study ‘will also be used to educate Workers of all backgrounds’ that Organized Labor provides a ‘path to a better life, both economically and socially. “ 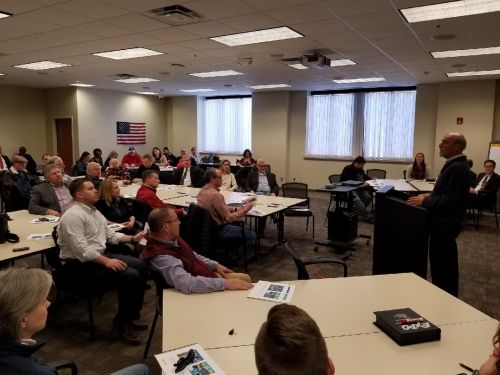 Unions are also instrumental in improving conditions for Non-Union Workers, as well as in the realm of creating competitive wages and policy advocacy. 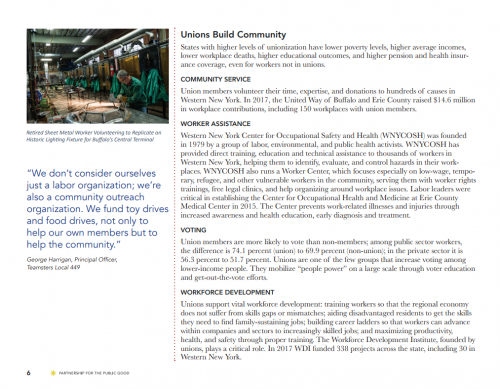 The Labor Movement makes Western New York a better place for all its residents as research demonstrates conclusively that Unions raise wages and benefits for the region’s Workers, and that they make workplaces more safe, healthy, and fair - reducing turnover and offering Workers a voice.

But the impact of Organized Labor reaches far beyond individual workplaces. 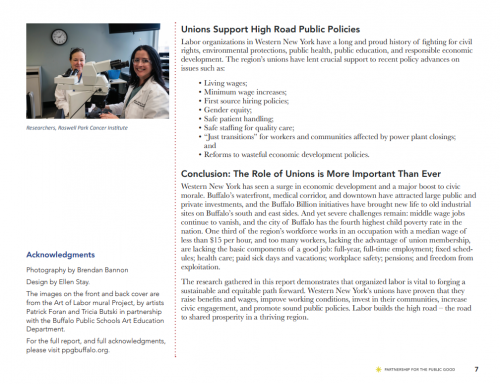 Two overarching aspects of Unions make them uniquely important to a healthy region.

First, they are democratic institutions, with Leaders elected by Members.  This makes them particularly responsive to the needs and goals of Working People and it also makes them training grounds for democratic participation in other areas of public life.

Union Members want the companies where they work to succeed and they want their local economies to grow and flourish.

In a time where many Americans are concerned about polarization, the lack of civic cohesion, and the vulnerability of the Working Class, Unions have an unmatched ability to bring people together around the shared values of equality, justice, and opportunity.

Organized Labor is one of the most important civic institutions in Western New York, with more than 140,000 Union Members working and living across the eight-county region. 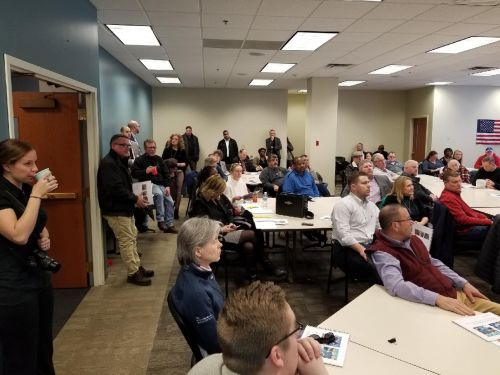 In the Buffalo-Niagara Metropolitan Area alone, one out of every five Workers is a Union Member, for a total of 101,240 Members.

Of those Members, 57% are Public Servants, while 43% work in the Private Sector.

Union Density in Buffalo-Niagara and New York State New York boasts the highest Union Density of any State, with 23.8% of Workers in Unions, compared to a National rate of 10.7%.

However, the report’s research on wages and benefits for Buffalo-Niagara Workers shows substantial advantages correlated to Union Membership:

Health Care - 97.1% of Workers covered by Union Contracts have health care coverage, compared to 89.2% of Workers not covered.

Pensions – 77% of Union Members have pensions, compared to 39.8% of Non-Union Workers. Importantly, the Union Wage Gap is particularly strong among Low-Wage Workers and Unions have been shown to raise wages even for Non-Members by “raising the floor’ of wages in a given sector or job market.

To View The Entire Report, Go To: https://ppgbuffalo.org/files/documents/labortakesthehighroad_final_hr.pdf

To View The Report’s Summary, Go To: https://ppgbuffalo.org/files/documents/labortakesthehighroadexec_sum_final_hr.pdf