Also Remembered, Spositoâs âInspiringâ Speech At The 2014 WNY Area Labor Federation Awards Dinner, Which âStole The Showâ - Spoke On What âBeing Unionâ Meant To Him & What His Health Care Coverage Did For Him After Being Diagnosed With Cancer 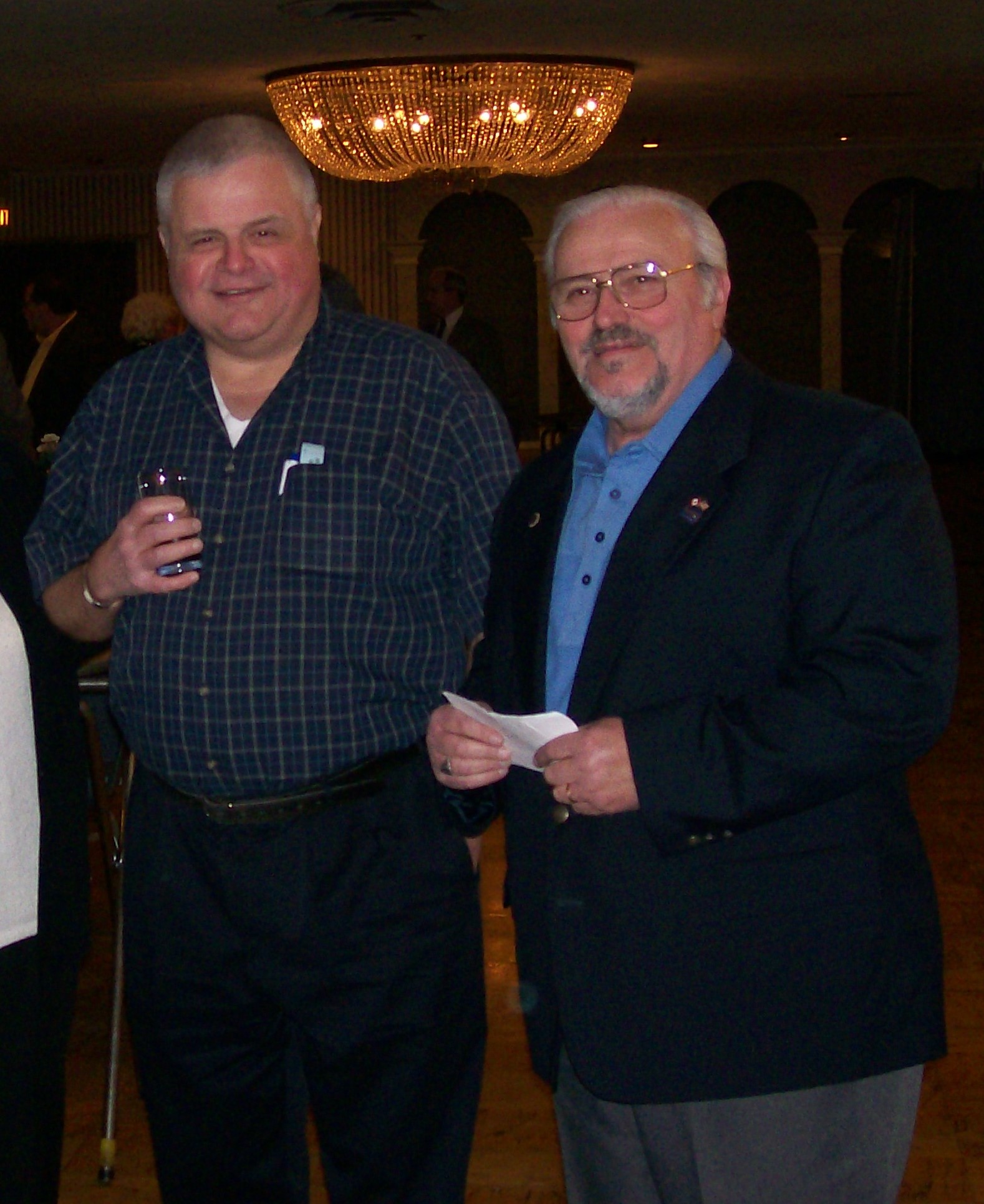 (LOCKPORT, NEW YORK) – In was back in May 2014 that the late Christ Sposito, who was presented with the Western New York AFL-CIO Area Labor Federation’s (WNYALF) Niagara-Orleans AFL-CIO Labor Council Award, stole the show with this speech on what ‘being Union’ meant to him and what his Union-provided Health Care Coverage did for him when he was diagnosed with cancer in 1991.

“When I was eight, I had a birthday party and decided to give out some cards to my friends that had a photo on them of my father, who’d run for Union Office.  On the bottom of the cards was something ‘I tried to scrape off, but couldn’t.’  My Dad told me it was a ‘Union Bug.’  I didn’t know what that ‘meant.’  I thought it was a ‘fly’ or a ‘gnat.’  ‘Hey, I was a kid, but that stuck with me for fifty-seven years now,’” Sposito, the former President of American Federation of State, County & Municipal Employees (AFSCME) Local 855 in the City of Lockport and a former AFL-CIO Community Services Liaison with the United Way - said that evening, drawing a round of laughter from those in attendance.

“As a Union Member ‘I’ve always had excellent’ medical insurance,” Sposito continued, his voice beginning to crack.  “It was ‘so good that I got a free yearly physical.’  In 1991, I was diagnosed with pancreatic cancer.  They said I ‘had less than a two-percent chance to live.’  I was ‘looking around at all the other’ cancer patients (in the hospital where he was at) ‘and thinking how many of them didn’t have any’ insurance - ‘that they could lose their homes.’  But I ‘didn’t have that problem.’  ‘I was a member of a Labor Union.’”

Sposito passed away on February 27th at the age of 68.

He is survived by his wife, Mary, and several nieces and nephews.

Those who are part of the Labor Movement in Niagara County fondly remembered him this week, taking time to share their own thoughts with WNYLaborToday.com on Sposito, whom they described as a “great Union Activist” who was “very kind and involved.”

“He will ‘best remembered as the type of guy who would help anybody, anytime he could,’” Earl Frampton (Pictured above on the right with (Sposito - on the left), the former Niagara County Labor Liaison for the United Way of Greater Niagara who knew Sposito for nearly three decades, told Your On-Line Labor Newspaper.

“He was ‘more like a brother to me.’  ‘Every time something was needed, (Spostio) was there.’  He was the ‘go to’ guy.  He was ‘Mr. Lockport’ and he ‘helped create a lot of Labor community drives (over the years).  ‘Personally, and number one,’ Chris was a ‘hometown hero.’  He was ‘quiet, but active’ - and he was a ‘Union Man, one-hundred-and-fifty-percent,’’” Frampton said.

Niagara-Orleans AFL-CIO Central Labor Council President Jim Briggs said of Sposito: “Christ was one of those guys ‘who always got involved and one who stayed involved.’  ‘He did anything that would improve the quality of life for everyone.’  Retirement ‘didn’t mean to him not getting involved to help the next generation.’  Christ ‘put aside his health problems to help improve the lives’ of Union Members, through the United Way, the YWCA - ‘he was about giving people a fair shot.’  He was ‘always there to lend a helping hand and a very kind person.’  ‘That’s what I am saying, he personified community service.’”

“That’s the ‘first thing that comes to mind’,” Jakobi said. “He was a ‘great’ Union Activist who ‘was always giving back to the community for more than thirty-five years.’  He was ‘always there, always willing to help, for Union Members - whomever.’  He and his wife, Mary, ‘were always around - helping.’  He was a ‘great’ guy.”

In an obituary published locally, Sposito received his Bachelors in History from University of Buffalo.  He was a graduate of New York State School of Industrial & Labor Relations and he earned a Major Certificate from Cornell University.  Years ago, Sposito worked for the City of Lockport from 1971 to 2000 and then served as Labor Liaison for what was then known as the United Way of Niagara, Eastern Niagara and the Tonawandas.

Sposito, who was a Vice President and Steward for AFSCME Local 855, served as a delegate to the Niagara-Orleans AFL-CIO Labor Council for 35 years.

In 2001, he served as co-chair for the United Way Campaign.

He was also on the Niagara County Youth Board, the Salvation Army Advisory Board, the Habitat for Humanity Board, past President, and a member of The Rainbow of Help, Incorporated for 12 years.  He also coached Little League in Niagara County.

Sposito earned many awards over the years, including: The Key to the City of Lockport in 1993; The Eastern Niagara United Way Community Services Award; The Anthony L. Bax Memorial Good Neighbor Award; The Ruth E. Sinclair Award from the Mental Health Association; The Harry S. Jordan AFL-CIO Labor Citizen of the year; The Rita A Mulligan Award for dedicated service to BB/BS; The Kids Day America Award for Community Service; The United Way of Greater Niagara’s Niagara Humanitarian Award in 2013; The Kiwanian of the Year in both 1995 and 2011; and the Salvation Army Others Award.

Christ also received the prestigious Masonic Dedicated Service Award, was recognized by The Lockport Union Sun and Journal in 2010 as an Unsung Hero, and was inducted into the Distinguished Alumni Lockport High School in 2014.