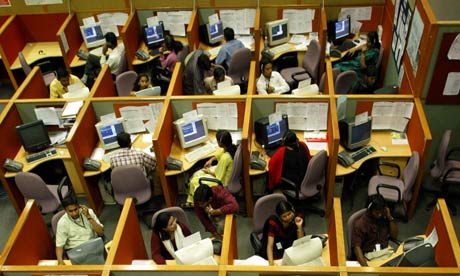 (ALBANY, NEW YORK) - Hold the phone - Labor leaders and advocates in New York are optimistic that a bill punishing companies for shipping call-center jobs overseas is on track to become law.  With Democrats in control of both chambers of the Legislature and the Governor’s Office for the first time in a decade, the legislation is one of many stalled agenda items that will likely pass both houses before the end of the current session.

“We are going to do something to get it moving,” Assemblywoman Linda Rosenthal (Democrat-Manhattan) told The New York Daily News. “There are a lot of bills that have been stuck over the years.  We’re working through many, many bills and are hopeful.”

The Call Center Bill, introduced in the Senate by Senator Tim Kennedy (Democrat-Buffalo), would include penalties for companies that move call center jobs to foreign countries and make them ineligible for state loans, grants or tax breaks.

It would also require companies to notify the State 100 days before they intend to relocate jobs to a foreign country.

If a company fails to inform the State, it could face penalties of up to $10,000 a day.

The Communications Workers of America (CWA) Union backs the bill, arguing corporations are reaping in profits thanks to the Trump Administration’s business-friendly tax policies.

Lisa Tyson, who serves as the Director of the Long Island Progressive Coalition, agreed: “It is wrong to reward companies with tax breaks at the expense of working-class New Yorkers.  These jobs are vital to Middle Class Families across New York and we stand with the CWA and the coalition to urge Albany to ensure these jobs stay in New York.”

To Read This Labor News Story In Its Entirety, Go To: www.nydailynews.com/news/politics/ny-pol-call-center-jobs-bill-labot-leaders-optimistic-20190209-story.html?fbclid=IwAR3F6j8nc3jaEzgDkWhpmHGfonbKMxYkalEt49hSTKAFCY1ujM5_H77073o