Gearing Up For The Possibility Of Another Trump-Ordered Government Shutdown, Airport Workers Plan Mass Protests In 80 Major Cities 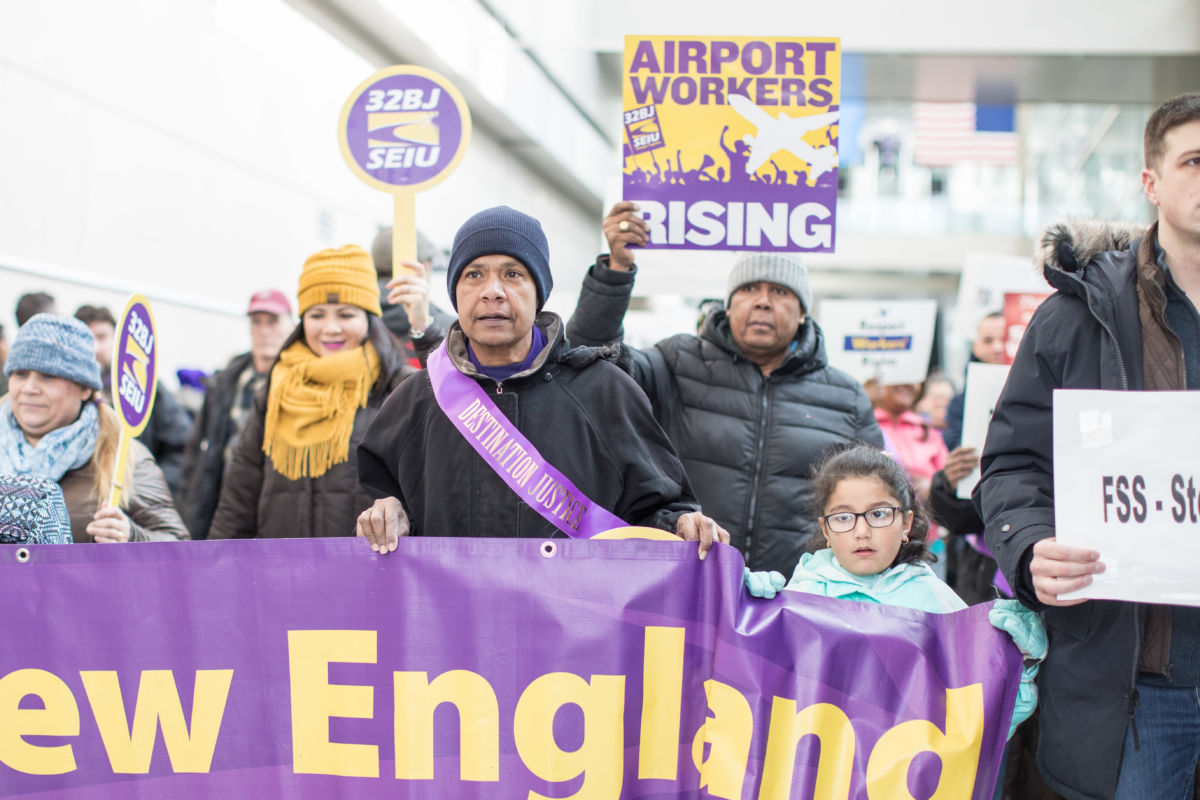 With Congressional Negotiators still working on a deal to keep the Federal Government open after the current stopgap funding measure expires on Friday (February 15th), Airport Workers are already planning mass protests in case the government shuts down again.

Air Traffic Controllers and other Airport Employees were widely credited for creating the pressure that ended the longest shutdown in American history last month, and Association of Flight Attendants (AFA) President Sara Nelson told New York Magazine that Workers are gearing up to mobilize if Congressional Negotiators fail to reach a deal - or if President Donald Republican President Donald Trump unilaterally scuttles any agreement.

As New York Magazine’s Sarah Jones reported: “Nelson says that the Union will be out leafleting in airports in eighty major cities next week ahead of Saturday’s demonstrations.”

“We are also working very hard to get information out to all of our Members about what’s at stake,” Nelson told New York Magazine. “We need people to fully understand what the issues are so that we can be prepared to respond potentially with withholding our service, if that’s what it takes to stop a continuation of the shutdown.”

According to Jones, the AFA is not alone in preparing to mobilize if the government shuts down again, once more putting the pay of hundreds of thousands of federal Workers at risk:

Nelson cites the American Federation of Teachers (AFT) as “a very strong ally” in addition to UNITE HERE, which represents many federal subcontractors who have still not received back-pay for paychecks withheld during the shutdown.

Reached by phone, AFT President Randi Weingarten, told New York Magazine the AFT is “very concerned” about the shutdown’s impact on both the aviation industry and its Unions.

“We are working together to do what is impossible to do alone,” she said.

Speaking to In These Times, Nelson - who called for a General Strike during the previous funding lapse - emphasized how truly “dangerous” a continuation of the government shutdown would be: “We’re going to continue running as fast as we can right up to (February 15th), so that we can take action immediately on (February 16th) - if necessary.”

To Continue Reading This Labor News Report, Go To: https://truthout.org/articles/anticipating-another-trump-shutdown-airport-workers-plan-mass-protests/

It is 'so comforting' to read 'how' Labor Unions 'are in solidarity as strategies are being planned in the War Rooms' of the Association of Flight Attendants (AFA) Union, the American Federation of Teachers (AFT), UNITE HERE and many others 'to combat a threatened' government shutdown by the 'orange-skinned' billionaire. Thank You! WNYLaborToday.com for your continued search and research in providing such 'vital' Labor Union News. Posted by Dan Boody on February 12, 2019 at 8:46 am