The âResurrectionâ Of American Labor - Traditional Unions âMay Be Stymied, But Workers Are Finding New Waysâ To Organize 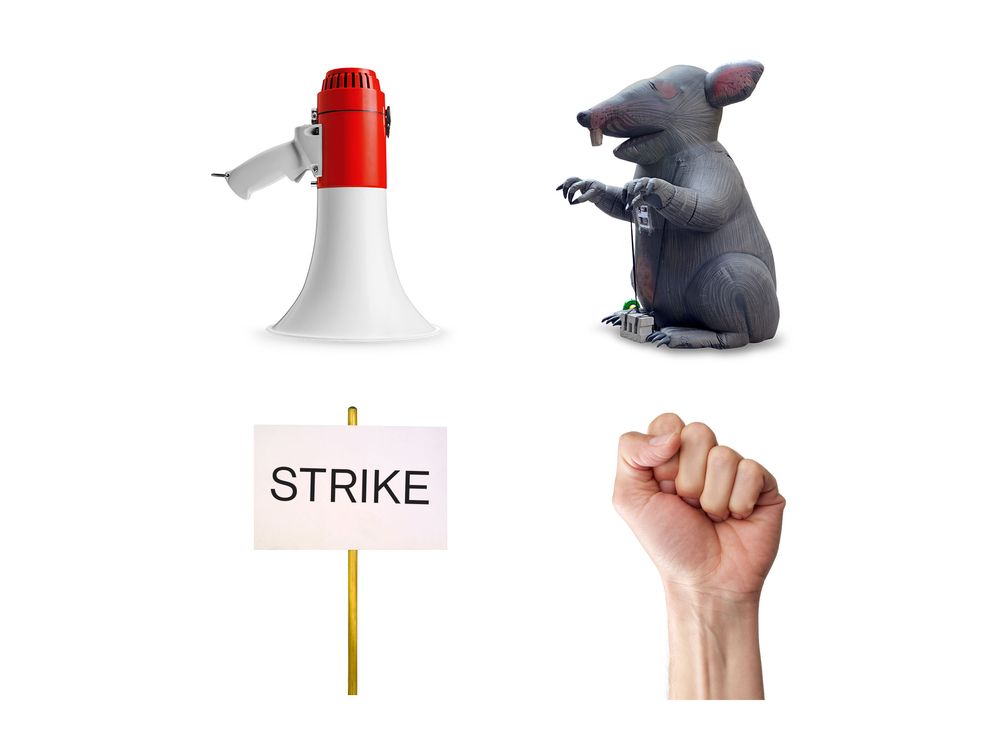 According to the official records, U.S. Workers went on Strike seven times during 2017.

That’s a particular nadir in the long decline of Organized Labor: the second-fewest work stoppages recorded by the U.S. Bureau of Labor Statistics (BLS) since the agency started keeping track in the 1940s.

There was little reason to believe 2018 would be different, especially with the U.S. Supreme Court, in two decisions, making it harder for Public Employees Unions to fund themselves and restricting Workers’ Rights to bring class actions.

The power of employers appeared to be almost limitless.

The Unions were, if not busted, then certainly on the verge.

Aggrieved Workers, however, took matters into their own hands - using Social Media and other tech tools to enhance their campaigns.

From industry walkouts to wildcat Teachers’ Strikes, they made very public demands of their employers.

The official number of major work stoppages recorded by the BLS in 2018 nearly tripled, to 20.

Off the picket line, Workers also won a wide range of concessions.

In many cases, Workers and their advocates bypassed their employers entirely.

Under continued pressure, the American Hotel & Lodging Association reversed its opposition to panic buttons to protect Housekeepers from sexual harassment by guests.

And the Model Alliance, an advocacy group for Models, persuaded the organizers of New York Fashion Week to provide private changing areas.

“Workers aren’t waiting for the traditional forms of organizing, as provided under Labor Law,” says Tom Kochan, who serves as the Co-Director of the MIT Sloan Institute for Work and Employment Research. “They’re looking for new options, whether that’s Google Employees on a one-day walkout or Workers filing on-line petitions with their management about everything from scheduling to fringe benefits.”

Kochan has been studying what academics call “Worker Voice” - how much influence Employees feel they have over their working conditions - since the 1970s.

At the beginning of his career, about one-quarter of Workers were represented by a Union and another third, according to a national Quality of Employment Survey, said they’d join one if they had an opportunity.

The next time the question was fielded, in the mid-’90s, Workers’ interest in joining a Union had barely budged.

Kochan and his colleagues put that question to almost 4,000 Workers again in 2017.

The results: Almost two out of three said they had less of a voice than they felt they deserved, and nearly half said they’d like the opportunity to join a Union.

“That doesn’t mean they want an actual Union in the traditional sense,” Kochan says. “It’s more of an expression that they’re looking for some form of voice, a desire for real influence.”

Historically, only Unions could provide the cohesiveness and leverage Workers needed to speak as a group.

Now Workers have Facebook and Twitter, both to talk among themselves and to make their case to their employers in a potentially embarrassing way.

Technology has given rise to a new set of tools - targeted ads to reach disillusioned Workers, text blasts to engage them, on-line petitions to make demands clear.

To Continue Reading This Labor News Story, Go To: www.bloomberg.com/news/articles/2019-02-07/facing-limitless-corporate-power-u-s-labor-finds-ways-to-win?fbclid=IwAR2cU86-R7IuDmaE6MS7a9nvzmJ6DZKmLu7ljHFQZ056LH4dS34MYrsI3Cw