âUnions Have A Role To Play, But Unions Are Not The Answer.â - Presidential Hopeful Howard Schultz & Starbucksâ Long History Of âFending Offâ Unions - The Way He Sees It, Workers âDonât Need Collective Bargaining, All They Need Is Him.â 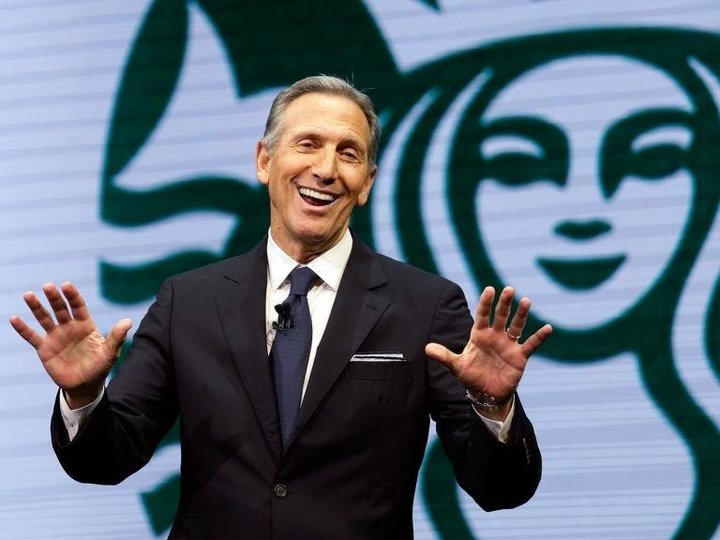 In 2009, Progressive Democrats were working on the most significant Labor Law reform in decades.  The Employee Free Choice Act (EFCA) would allow Workers to form Unions by rounding up a majority of signatures in their workplace - a process known as “Card Check” - thereby avoiding a Secret Ballot Election and any Anti-Union Campaign from management.

And Business groups feared a wave of Unionization if the law passed.

So in stepped Schultz, then the Chief Executive of Starbucks, along with the CEOs of Whole Foods and Costco.  Billed as a deal to satisfy both Unions and employers, the Schultz proposal would streamline Union Elections and ramp up penalties for illegal Union-Busting - but it would also get rid of the Card Check measure, which was at the heart of the reform, and toss out a major provision making it easier for Unionized Workers to secure their first Collective Bargaining Agreement (CBA).

Schultz said his aim was to offer “a voice of reason,” but to those hoping to reverse the steady drop in Union Membership in the U.S., his plan didn’t seem like much of a compromise at all.

“I remember it was ‘like someone was trying to be extremely unhelpful,’” recalled Jody Calemine, a Democratic Staffer on the House Labor Committee at the time. “It ‘went over like a lead balloon.’  ‘People quickly went back to trying to figure this out.’”

EFCA never made it into law - several moderate Democrats wouldn’t get on board with the Card Check measure - and Schultz’s involvement probably had minimal impact on its fate - but with the billionaire now testing the waters for a presidential run as an Independent, hoping to win over middle-of-the-road voters dissatisfied with both parties, the episode says plenty about how he fashions himself a benevolent executive and man of compromise.

Schultz was touting his EFCA alternative as a “third way” to bridge a divide between two intractable sides - but in reality, his idea would have simply preserved a system in which it was harder for Workers to join Unions - a system that benefited Starbucks and Schultz.

“I think the proposal ‘reflects a penchant for wanting to maintain the status quo, maintain his power and his ability as a CEO to decide what’s best for Working People,’” said Calemine, who’s now General Counsel at the Communications Workers of America (CWA) Union.

Starbucks has long enjoyed a reputation as an enlightened employer, but while the coffee chain pays the lower wages typical of the food-and-service sector, news stories have praised the company and Schultz, its long-time CEO who stepped down last year, for offering stock grants, tuition reimbursement and a health insurance plan to hourly employees.

But beneath those progressive trappings there often was a conservative antipathy to collective bargaining by Workers.

To Continue Reading This Labor News Story, Go To: www.huffingtonpost.com/entry/howard-schultz-and-starbucks-long-history-of-fending-off-unions_us_5c535aa1e4b01d3c1f11b1f5