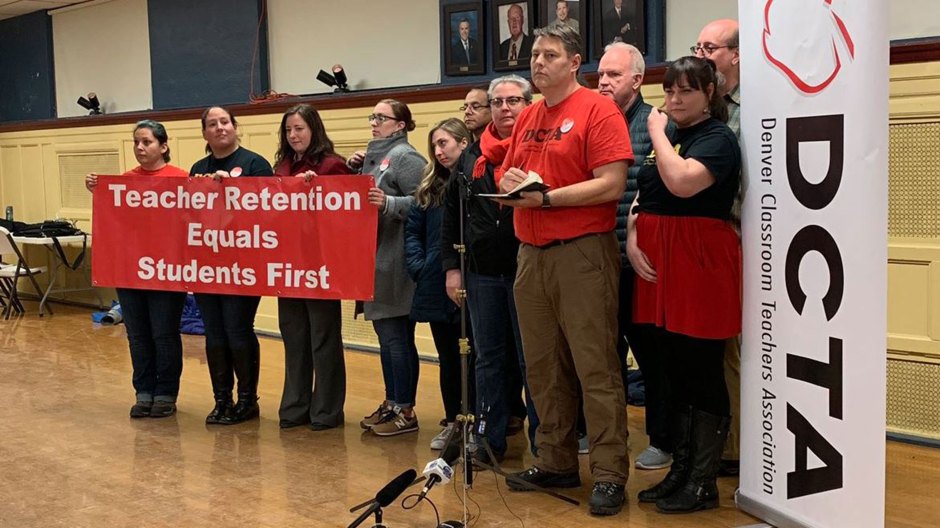 (DENVER, COLORADO) - Denver Teachers have voted to Strike in the name of fair wages, marking the first time Educators in Colorado’s largest school district have agreed to walk out of their classrooms in 25 years.

The results of voting by the Teachers Union - the Denver Classroom Teachers Association, which represents about two-thirds of Denver Public Schools’ (DPS) 5,600 Educators - were announced last week following the culmination of balloting that began a couple of days earlier.

Contentious negotiations over a new contract governing Denver Teachers’ pay scale played out in marathon bargaining sessions over the last couple of weeks and stretched back over 14 months.

In the end, the district and Union were about $8 million apart.

The earliest teachers can leave their classrooms is Monday (January 28th), meaning Educators who intend to hit the streets are still expected to finish out the school week.

DPS officials repeatedly have said they will keep schools open, and Staffed, during any Strike.

“I was ‘hoping and praying it wouldn’t come to this,’” said Nik Arnoldi, a Visual Arts Teacher at Escalante-Biggs Academy, after casting his vote in favor of the Strike. “I’m ‘worried for my kids and I hope they’re in good hands, but we need to do this for them.’”

DPS Superintendent Susana Cordova told The Denver Post she was still hopeful the two sides can find common ground and avert a Strike before Teachers can begin walking out Monday.

Staving off a Strike, she said, was in everybody’s best interest.

To Continue Reading This Labor News Story, Go To: www.denverpost.com/2019/01/22/denver-teachers-strike-union-authorizes-walkout/?fbclid=IwAR0-BVIdkkMKcyoY0J8fkB5OhUC0KhmNeMD93ypIx2cQrujqKKHkeWDmQwc