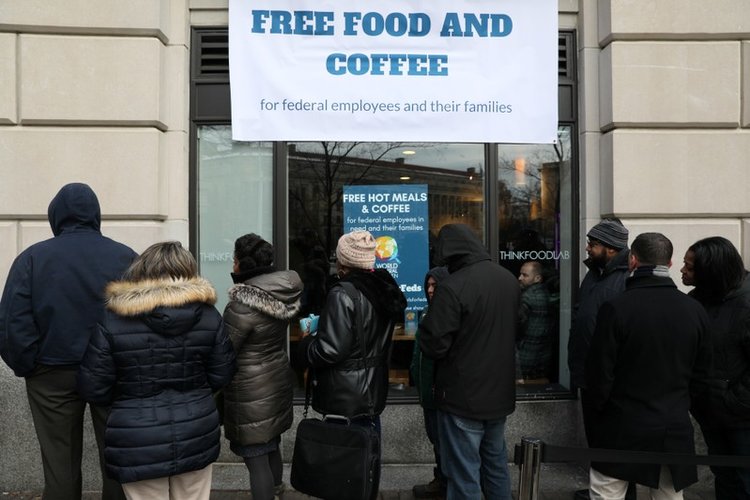 (OYSTER BAY, LONG ISLAND) - “It’s a topic of conversation every day,” James Brazel, a National Airspace Operations Manager, said of the government shutdown. “We have this joke at work - we say, ‘Another day, another promised dollar’ - but the joke is becoming a reality.”

In his 22 years with New York Terminal Radar Approach Control in Westbury, which contracts with the Federal Aviation Administration (FAA), this is the first time Brazel has received a paycheck with no monetary value - and despite the shutdown, he has continued to work, sometimes 24-hour shifts, without pay.

Brazel, who lives in Plainview, shared his story at a news conference that was held earlier this month at the Sagamore Hill National Historic Site.  He was joined by New York State Senator Jim Gaughran and State Assemblyman Charles Lavine, who announced a food and supply drive to benefit Federal Workers during the shutdown - which has now become the longest in the Nation’s history.

“These Federal Workers have mortgages, rent payments, kids in college, and every day they’re struggling more and more,” said Gaughran. “This is our way to do a little bit to help those in need.”

The lawmakers are collecting food, personal care products, household supplies, pet food and other items at their offices.  They have also partnered with agencies in the public and private sectors, including the Long Island Federation of Labor and Long Island Cares, to expand the drive to other local government and Union Offices, businesses and supermarkets.

John Durso, who serves as the President of the Long Island Federation of Labor, said he has talked with Transportation Security Administration (TSA) Agents, who are required to work through the shutdown.  “I asked them why some of them hadn’t called in sick, and they said, ‘This is our country, and this is our responsibility,’” Durso said. “I wish our leaders felt that same duty to the American public.”

To Read This Labor News Story In Its Entirety, Go To: http://liherald.com/stories/drive-launched-to-help-federal-workers-on-long-island,110922