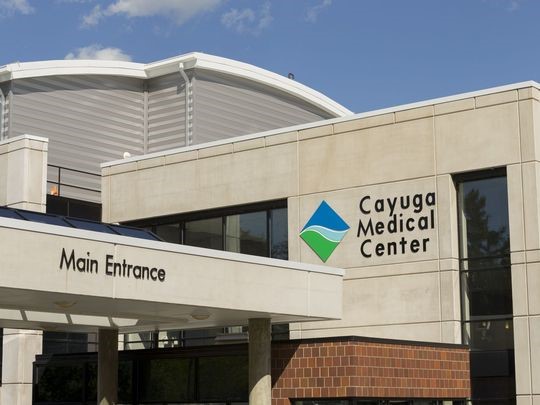 (ITHACA, NEW YORK) - Cayuga Medical Center (CMC) must pay back wages and cease all Unfair Labor Practices (ULPs) after the Federal Court of Appeals upheld an earlier ruling in the long-running saga of alleged interference with Union Organizing at the Ithaca Medical Facility.

A ruling in favor of two Nurses accusing the CMC of retaliating due to attempts to organize a Union was first handed down in 2016 by the National Labor Relations Board (NLRB).  The Nurses and Health Care Union 1199 Service Employees International Union (SEIU) contended the hospital attempted to head off the Nurses' organization efforts by "disciplines, demotions and threats," according to 1199 SEIU.

CMC, which employs about 1,000 Workers who could be affected by the decision, have been directed to read the court ruling at a meeting in front of Nursing Staff on Wednesday (January 23rd) in the presence of representatives from the NLRB and the Union.

"There were ‘numerous clear-cut violations’ of the National Labor Relations Act.  ‘I could not be prouder of the RNs (Registered Nurses) who testified and demanded justice,’" said Mimi Satter, an Attorney for 1199 SEIU. "They ‘won and again proved the power of Workers uniting.’  When Workers ‘want to form a Union to improve care and their lives, management needs to respect that voice.’"

Anne Marshall and Loran Lamb, who are outspoken supporters of efforts to form a Nurses’ Union at CMC, were fired in October 2016.  The Union filed an ULP complaint on the Nurses' behalf with the NLRB.

The hospital claimed it fired the Nurses for not following protocol, although other Nurses testified the Nurses' actions were common practice and only the Union Organizers were fired.

“This recent NLRB ruling ‘supports my continued mission to speak out for’ CMC patients and fellow Nurses, ‘to ensure the delivery of quality care with a stable and fairly compensated RN Staff,’" Marshall said. "I ‘wish’ CMC ‘had not chosen to spend a small fortune on an Anti-Worker Campaign and instead directed those valuable resources to the bedside.’"

To Directly Access This Labor News Report, Go To: www.ithacajournal.com/story/news/2019/01/18/court-upholds-unfair-labor-practices-decision-against-cayuga-med/2613745002/?fbclid=IwAR0dNP8bJJ2zmdxUvwjcFQu8Za4fJ7kDcADQuUl4xC7j90ZkfaQonGzLa2s