Fed Up With Their Deteriorating Office Environment, Employees At A Connecticut Utility Call Center Go Union With The IBEW In A United Effort To Improve Their Working Conditions 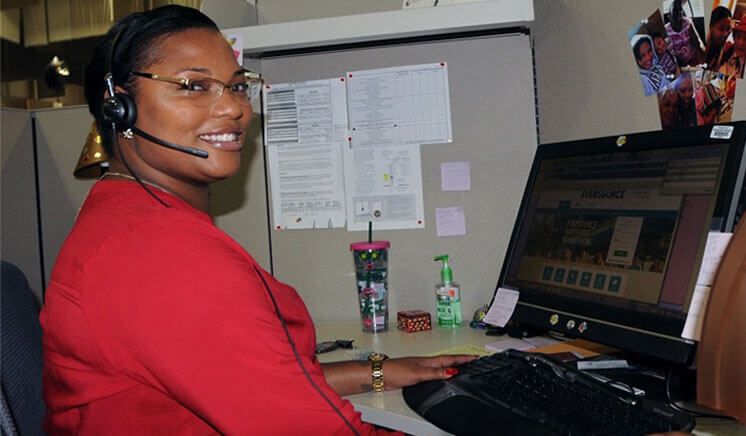 (WINDSOR, CONNECTICUT) - “It was ‘blatantly obvious there was no support structure up there,’” said International Brotherhood of Electrical Workers (IBEW) Local 457 Business Manager Keith Harris.

“Up there” is Windsor, Connecticut a northern Hartford suburb.  It’s the location of a call center for Eversource Energy, New England’s largest energy company, providing electrical and gas service to customers in Connecticut, New Hampshire and Western Massachusetts.  More than 200 Workers there field and answer a variety of phoned-in questions about customers’ services and bills.

“We had attempted to organize the call center in 2009,” said Harris, but a series of issues prevented it from happening.

A second try a few years later by a nearby Utility Workers Union of America Local also fell short.

But since then, “There was lots of movement (toward organizing),” Harris said.

The Workers were tired of being talked down to, he said.

“It’s a ‘horrible’ system,” Harris said, because it tends to incentivize call-volume quantity over call-handling quality - and that, in turn, can often foster unfair favoritism from managers.

There also were strictly-monitored limits on the amount of time Workers could be away from their workstations, Harris said, and managers permitted only two bathroom breaks per day.

Eventually, someone in the call center decided enough was enough and phoned the IBEW’s International Office in Washington, D.C., to ask for help with a third run at an organizing campaign.  The caller was forwarded to Steve Smith, the Organizing Representative for IBEW’s Second District, who got in touch with center workers directly and set up a meeting.  “Steve jumped right on it,” Harris said, “and it just took off from there.”

Local 457’s Assistant Business Manager Scott McCoy collaborated with Smith to help the center set up an e-mail list, and he enlisted assistance from the IBEW Membership Development Department to create a special website to provide Workers with information about the Union.

“But as in ‘every successful’ campaign, the Workers ‘were the ones who drove it,’” Smith said.

The Worker held organizing meetings once a week for more than two months.

“Sometimes ten people would come, sometimes twenty and it seemed like someone always brought someone new with them,” Smith said.

At the same time, Smith said, Members from several other IBEW Locals pitched in to help with door knocks and phone calls - some even offered the use of their Union Halls for organizing meetings.

“I’ve ‘been doing this a long time,’” he said, “and the ‘most remarkable thing is how we get help just by asking.’”

To Continue Reading This Labor News Report, Go To: www.ibew.org/media-center/Articles/19Daily/1901/181012_LU457_Eversource