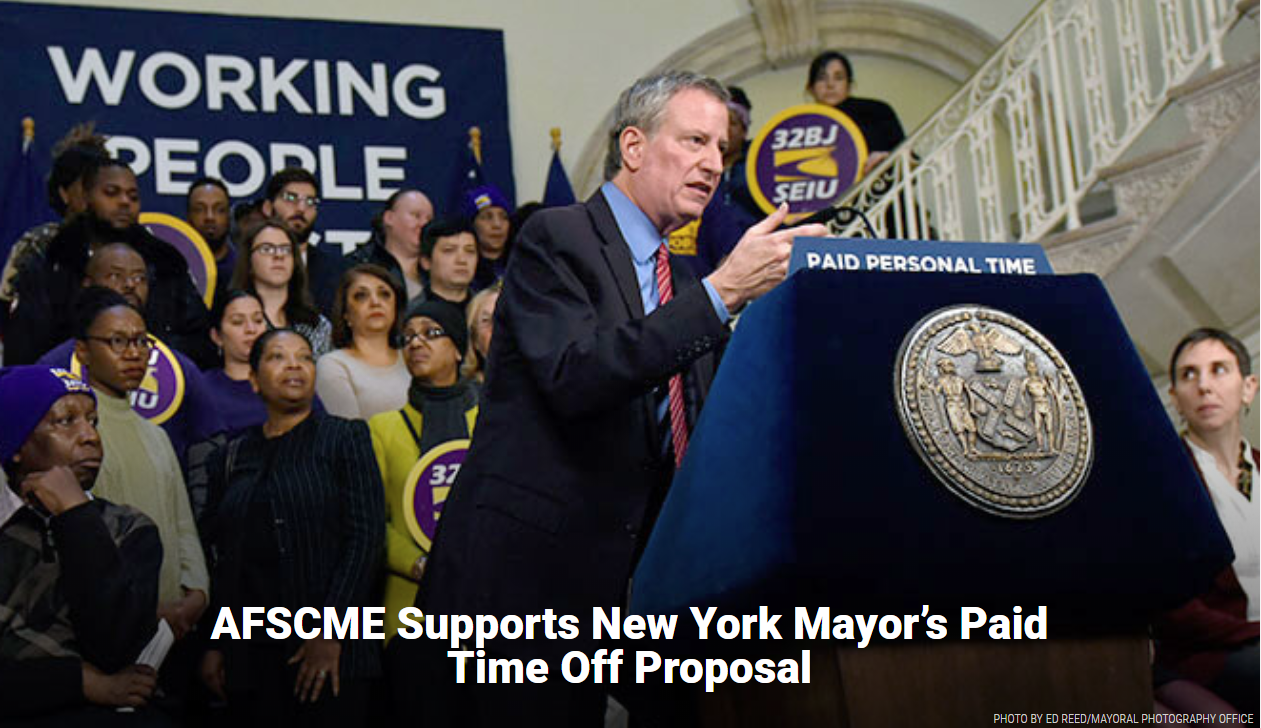 “Mayor de Blasio’s plan is true progress in unrigging a system that for too long has benefitted the super-rich and corporations,” Saunders said. “Paid personal time off is not just a step in the right direction toward Workers’ Rights, but a real commitment to honoring the dignity of Working People.”

Many Workers, including AFSCME Members, receive paid time off through agreements with their employers - but the mayor’s proposed legislation would guarantee paid time off for an additional 500,000 Workers in the city.

If approved by the City Council, the new law would be the first of any city or state in the country to require paid time off for Workers. It follows another proposal by the mayor to guarantee health care for all city residents, including Undocumented Immigrants.

“More than (500,000) hard-working men and women should earn paid personal time when they contribute to the success of their companies,” de Blasio told The Washington Post. “Our city’s businesses will benefit from a more productive, healthier workforce.  By putting Workers first, New York City’s economy has never been stronger.”

To Directly Access This Labor News Report, Go To: www.afscme.org/now/afscme-supports-new-york-mayors-paid-time-off-proposal