Another Case In Point Of The Janus Decision Not Working: In Pennsylvania, Teachers Are Sticking With Their Unions & Choosing Not To Opt Out 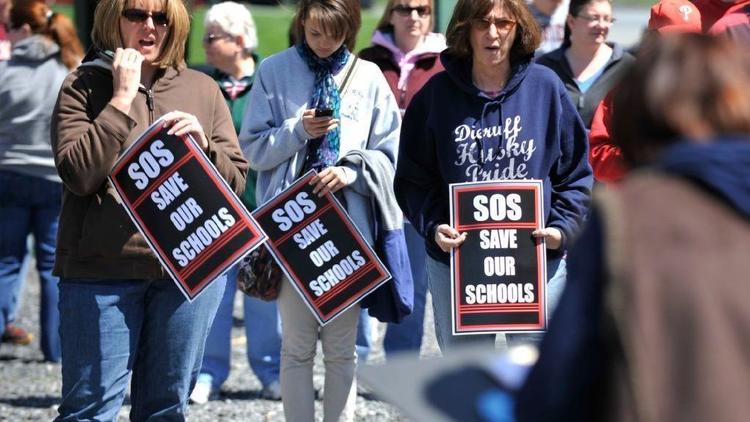 (LEHIGH VALLEY, PENNSYLVANIA) - Lehigh Valley Teachers appear to be sticking with their Unions and not opting out of membership six months after a landmark decision by the U.S. Supreme Court against requiring “Fair Share” Payments from Non-Union Members.

Union Membership was expected to suffer after the Court last June ruled in favor of an Illinois State Employee, Mark Janus, who had refused to join a Public Sector Union and objected to paying a fee to cover his share of the Union’s contract negotiation costs.

But local Teachers Unions seem to have avoided the blow.

Allentown and East Penn’s Unions saw no Members leave, Parkland and Easton Area each lost one Teacher, and just two teachers withdrew from the Union in Bethlehem Area, interviews show.

At the State level, the Pennsylvania State Education Association (PSEA) - the State’s largest Union with 181,000 Teachers - lost fewer than 1% of its Members, the PSEA said.

Before Janus, about 6,500 Teachers were not Members.

The June ruling reversed a 1977 decision, Abood v. Detroit Board of Education, that permitted Unions to charge Non-Members partial dues associated with collective bargaining efforts.  The reasoning was those Employees still benefited from the contracts that resulted from that process.

The Supreme Court’s new decision means Public Employees no longer have to pay dues and those who choose not to still would be covered by contracts negotiated by Unions.

One caveat: Those who don’t pay dues won’t get the full benefits of Union Membership, such as legal representation, professional development tools or the ability to vote on agreements.

It was thought the ruling would trigger an exodus of Workers from Organized Labor and cripple Unions financially, but that hasn’t been the case, so far, among Education Unions in Pennsylvania’s Lehigh Valley.

Allentown’s Teachers Union President Debbie Tretter said not losing any Members is a testament to faith in Union Leadership.

Allentown Union Representatives will negotiate with the district for a new teacher contract this year and “Fair Share” Members are not allowed to vote on the contract, Tretter said.

The Union represents 1,200 teachers in Allentown.

“Teachers ‘realize the value’ of being a Member,” Tretter said.

To Read This Labor News Story In Its Entirety, Go To: www.mcall.com/news/local/mc-nws-pennsylvania-janus-unions-update-20190103-story.html?fbclid=IwAR3X3CQcEH2KiXCDUVy3bPjNhP24paRefZy-PS16V5u7An8UX-C7ZzYixmM