We Are Not Robots: Amazon Warehouse Employees Push To Unionize In Response To Working Conditions After Amazon Fails To Address Allegations 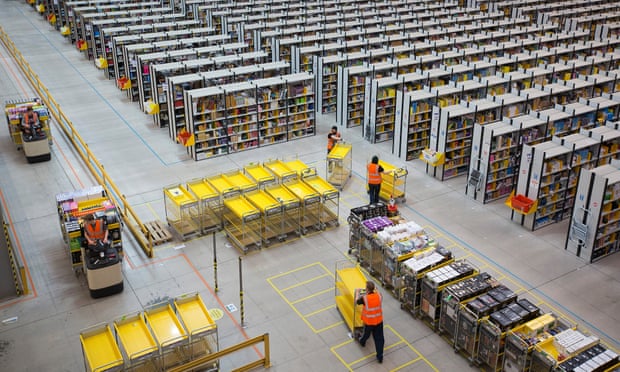 As Amazon’s workforce has more than doubled over the past three years, Workers at Amazon Fulfillment Center Warehouses in the United States have started organizing and pushing toward forming a Union to fight back against the company’s treatment of its Workers.

Amazon’s global workforce reached more than 613,000 Employees worldwide according to its latest quarterly earnings report, not including the 100,000 Temporary Employees the company hired for the Holiday Season.

Just a few months after Amazon opened its first New York-based fulfillment center in Staten Island, Workers announced in mid-December the launch of a Union push with help from the Retail, Wholesale and Department Store Union (RWDSU).

“Amazon is a very big company. They need to have a Union put in place,” said an Amazon Worker who requested to remain anonymous.  The Worker has been with the company for two years and was transferred to Staten Island when it opened in October 2018.  “They overwork you and you’re like a number to them.  During peak season and Prime season, they give you sixty hours a week.  In July, I had Prime week and worked sixty hours.  The same day I worked overtime, I got into a bad car accident because I was falling asleep behind the wheel.” 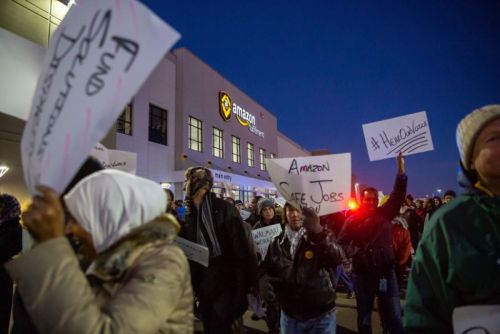 Other Employees cited working conditions as one of the prevailing factors for wanting to form a Union.  “I support the effort.  They have to be more supportive toward their Employees,” said another Amazon Employee in Staten Island. “Right now, at that fulfillment center, if an Employee is a picker, they want that person to pick up (400) items per hour, picking each item every seven seconds.”

They noted that to keep up with that hourly rate, Workers cannot take bathroom breaks or they risk TOT (Time Off Task Points) that could be used to justify job termination.

In a statement during the announcement of the Union push, Picker Rashad Long claimed Workers are overworked, pressured with frivolous disciplinary actions and security lines at the exit cut into breaks and extended work shifts, unpaid.

“We ‘are not robots.’  ‘We are human beings.’  ‘We cannot come into work after only four hours of sleep and be expected to be fully energized and ready to work.’  ‘That’s impossible,’” Long said. “I feel like ‘all the company cares about is getting their products out to the customers as quickly humanly as possible, no matter what that means for us Workers in the end.’”

To Continue Reading This Labor News Report, Go To: www.theguardian.com/technology/2019/jan/01/amazon-fulfillment-center-warehouse-employees-union-new-york-minnesota?fbclid=IwAR3EAsC_SwgX1BXdDTLt06CF8bcVMkdrALS4CxXSKVOMJ6tuR3218Cj_FqE