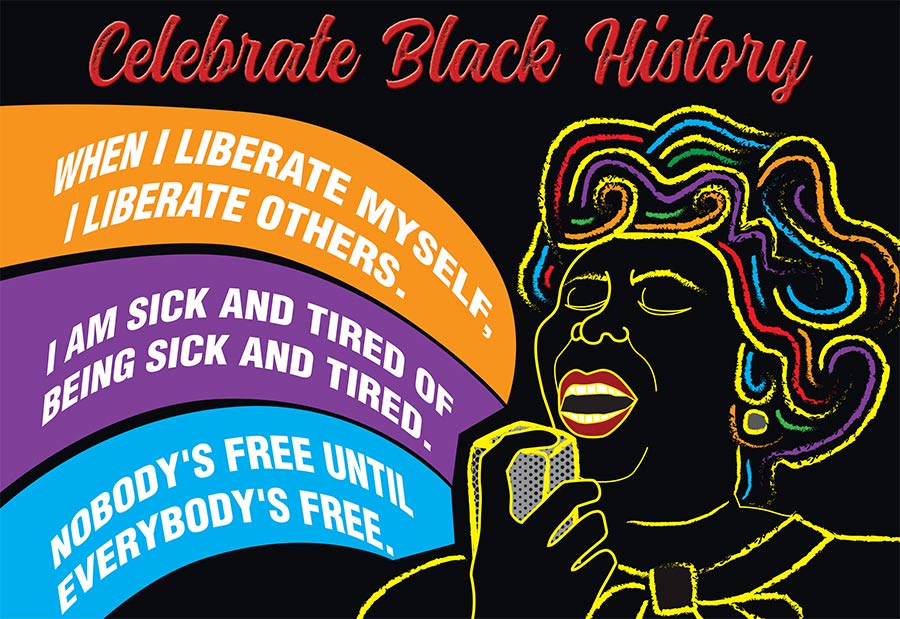 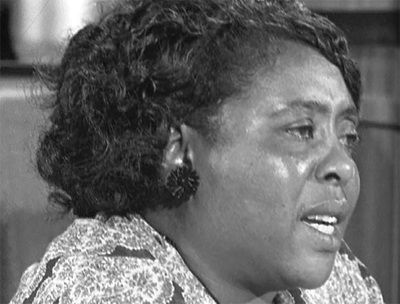 Hamer also worked with the Student Nonviolent Coordinating Committee to organize Mississippi’s Freedom Summer and co-founded the National Women’s Political Caucus, an organization that recruited, trained and supported women of all races who sought elected office.

In 1963, Hamer was arrested for sitting in a “whites-only” restaurant in Charleston, South Carolina.  Brutally beaten while jailed, she suffered lifelong injuries, a blood clot in her eye and kidney and leg damage.

Hamer announced her candidacy for the Mississippi House of Representatives in 1964, but was blocked from the ballot.

In 1970, she led legal action against Sunflower County, Mississippi, for continued illegal segregation.

Hamer was posthumously inducted into the National Women’s Hall of Fame in 1993.

NYSUT Union Members can download or ordered their poster at www.nysut.org/poster. 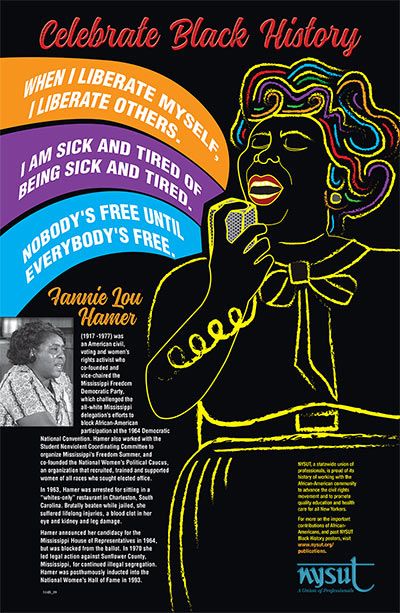 To Directly Access This Labor News Story, Go To: www.nysut.org/news/nysut-united/issues/2019/january-2019/celebrate-black-history-month-with-a-poster-highlighting-fannie-lou-hamer