I Thought It Was Normal: Nearly 25% Of New York City Diner Workers Say Their Bosses Rip Them Off On Wages 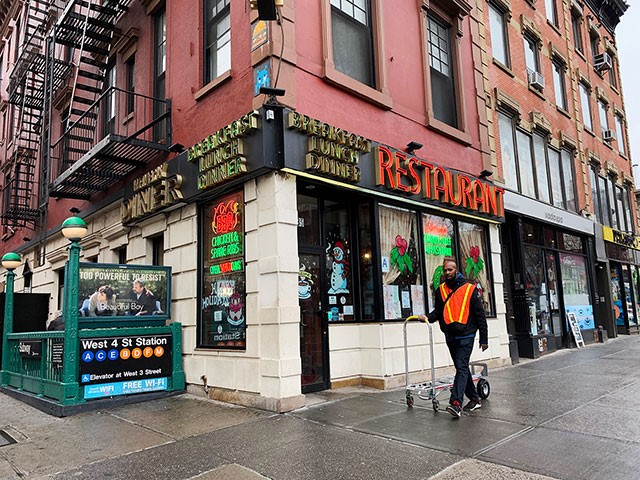 (NEW YORK CITY) - When Miguel Romero Lara quit his job as a milkman in Tlaxcala, Mexico, nearly 30 years ago and said goodbye to his pregnant wife and two young children, he went in search of better paying work to support his family.  He thought he had found just the right position when he was hired as a dishwasher at the Waverly Diner, an all-night Greenwich Village fixture that was a favorite of the likes of Philip Seymour Hoffman and Patti Smith.

But over the ensuing decades, says Romero, the Waverly’s owner, Nick Serafis, systematically ripped off him and his Co-Workers.  According to a lawsuit filed in Federal Civil Court and a March ruling by the National Labor Relations Board (NLRB), Employees - mostly Mexican Immigrants, were required to pull long shifts for as little as $25 for 12 hours on the job.

The complaints submitted to the U.S. District Court Southern District of New York allege Serafis illegally underpaid eight Employees by hundreds of thousands of dollars each, taking advantage of their ignorance of the law, all while racking up profits that, according to court records, in some years topped half a million dollars.

It’s a problem that plagues thousands of Restaurant Workers in New York City.

According to New York City Health Department inspection records and court records, among the 371 eateries across the city that identified themselves as diners or coffee shops, Workers have sued nearly one-quarter of them - 92 establishments - for underpayment during the last decade (In comparison, the close to 2,000 pizzerias in the city have been hit with 283 lawsuits, a significantly lower percentage.)

Of those suits, only 12 have been ruled on or settled, according to court documents, evidence of the lengthy legal process than can often deter Workers from filing suits in the first place.

While lawsuits continue to stack up, another factor is compounding the problem: Few Workers actually end up getting paid, as owners are too often able to evade judgments against them by declaring bankruptcy, signing over assets to friends and relatives, selling their business and other shifty business tactics, avoiding payments on more than $125 million in violations and settlements, according to a 2015 study.

Among recent wage theft claims: Fifteen former Servers and Busboys of the Galaxy Diner in Hell’s Kitchen say they were paid between $2.50 and $3.50 per hour, including overtime; A former Employee at the D&D Coffee Shop in Borough Park says she was paid $20 per 8.5-hour shift; and Three former Workers of the Tick Tock Diner on 34th Street in Manhattan says the restaurant’s owner only paid them for 30 to 40 hours of work each week, though they actually put in more than 60 hours, in order to evade paying the regulated overtime rate.

Labor experts say the number of offenders is likely much higher, as abuses often go unreported, and illegal practices do not always result in lawsuits.  “We do find that the employers sometimes threaten the Employee (to stop them) from calling other agencies on them,” says Favio Escudero, an Investigator with the New York Department of Labor. “Diners are able to still pay under Minimum Wage because most (Immigrants) are intimidated and afraid.”