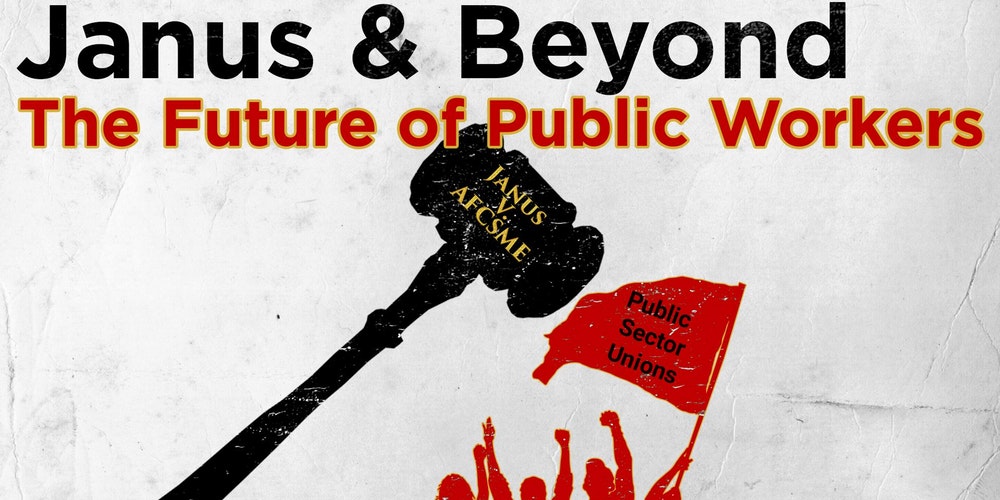 The Massachusetts Supreme Judicial Court (SJC) is scheduled on Tuesday (January 8th) to hear an appeal that was filed on behalf of several Public Sector Educators - two Professors and a Computing Director at the University of Massachusetts Amherst, and a Hanover School Teacher - who argue they shouldn’t be forced to support a Union.

The force behind this case: the National Right to Work Legal Defense Foundation, the same group that won at the Supreme Court in the so-called Janus case.

As with that decision, this Massachusetts case initially focused on whether Non-Members should be forced to pay Agency Fees to Unions.  Until Janus, Public Sector Unions could collect fees from Non-Members to cover the costs to represent them in labor talks and disputes, but not for political work.  That changed last June when the Supreme Court’s Conservative Majority decided this practice went too far, infringing on Workers’ First Amendment Rights.

Janus is the law of the land now, so the case here in Boston - let’s call it the Branch case, after the first listed plaintiff - now revolves around one unresolved issue concerning Unions’ exclusive collective bargaining role.

The plaintiffs say they deserve a seat at the table - a voice and a vote, as they put it - in Union deliberations, even if they choose not to join.

The argument: They’re essentially coerced into paying dues if they want a say in their workplace conditions, a First Amendment violation.

It’s an argument that Massachusetts AFL-CIO president Steven Tolman finds ridiculous.  His organization filed a brief with the SJC saying the plaintiffs essentially want Unions to open the doors to people who oppose them.  Dissenting Employees, the Labor Group says, already have plenty of ways to air concerns about their working conditions.

Tolman is fired up.  As he puts it, this case is just the latest “attack on Working People.”

There’s no doubt the Janus decision weakened Unions’ clout, although Tolman says he doesn’t know of any local ones that have taken a big financial hit yet - but he’s upset about the efforts to chip away at Union Authority across the country.

Most business groups aren’t getting involved, but the National Federation of Independent Business, which represents smaller employers, has signed onto a brief backing the plaintiffs.

Chris Carlozzi, the group’s Massachusetts director, says his group has long been frustrated by the financial clout of Public Employee Unions and the edge that gives them in political debates on Beacon Hill.  These debates have major impacts on private sector issues: Minimum Wage increases and Paid Family Leave requirements, to name just two.

Meanwhile, Union-Friendly State Lawmakers are gearing up to pass a “Janus fix” after time ran out on a previous effort last year.

Senator Joseph Boncore says he will resume the fight this month, as a new two-year session begins.  His approach would essentially help Unions to represent Non-Members for specific work - such as grievances and arbitration hearings - and charge them directly for those costs, on an a la carte basis, as opposed to the subscription model that existed pre-Janus.

Boncore says Organized Labor is under assault by Corporate America.

Union Officials might have hoped the Janus decision would be the last major attack, but now, here in Massachusetts, they’ve got at least one more legal battle on the horizon.

To Directly Access This Labor News Story, Go To: www.bostonglobe.com/business/2019/01/03/unions-face-new-court-fight-mass/IU3Zx3zxZAkiHkYzBShJxH/story.html