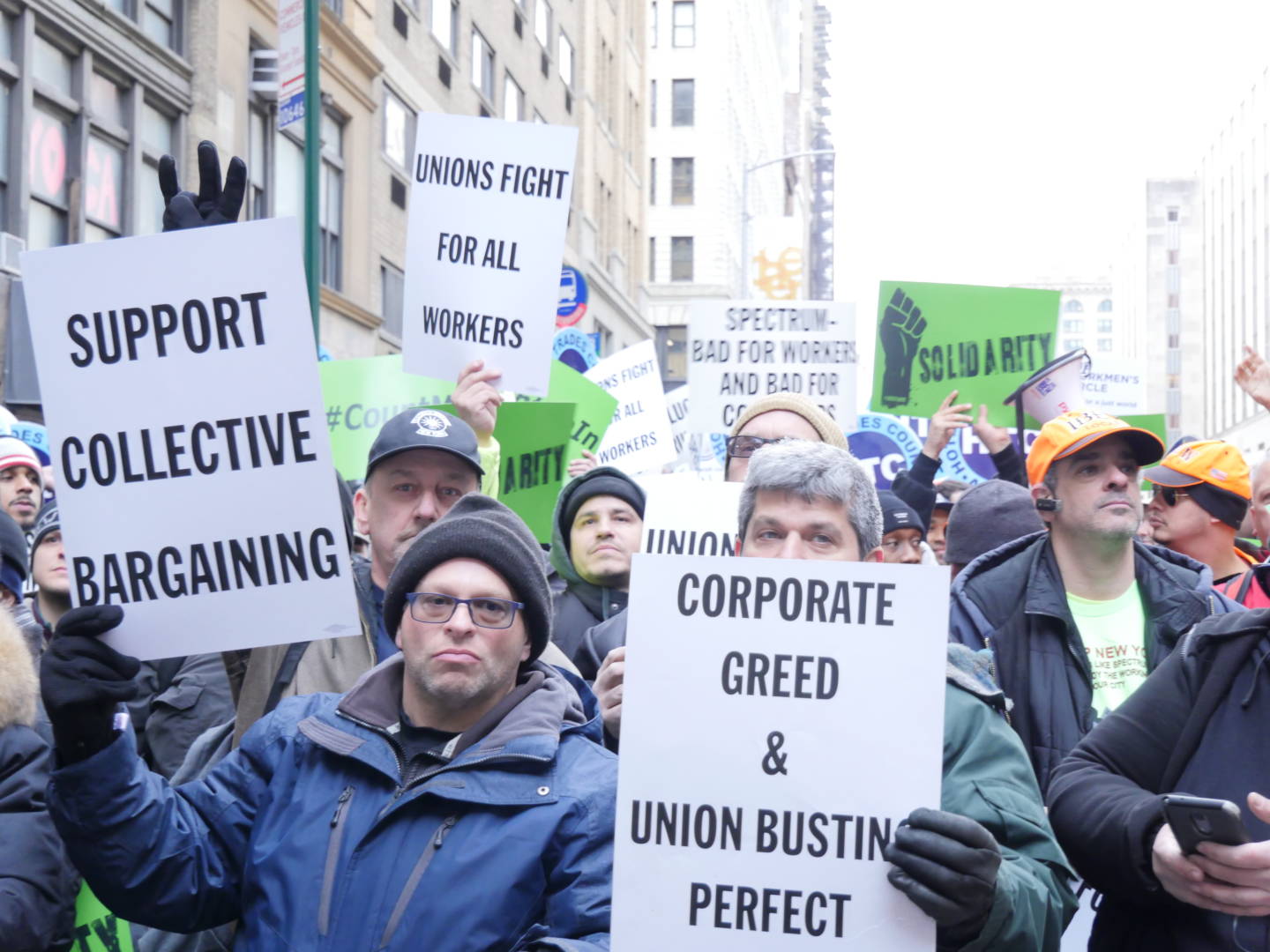 (NEW YORK CITY) - When Queens residents allied with the Building Trades #CountMeIn Campaign complain about Charter/Spectrum’s dangerously shoddy cable TV and phone service, they sound a lot like Striking International Brotherhood of Electrical Workers (IBEW) Local 3-represented Workers who say, yes, service is poor - and has only gotten worse as their nearly two-year-old Strike against the wealthy corporation has been allowed to drag on.

“Our service ‘goes out constantly,’” Pawluk said following a tenants meeting with #CountMeIn Organizers last month. “You have an elderly person and the only land-line they have is Spectrum and your wires are down - how do they call 911?  Spectrum Workers are here every other day, that’s how often (the service) is down.”

The Building Trades’ #CountMeIn Campaign remains locked in a battle with the Related Companies and its founder Stephen Ross over the future of so-called “Open Shop” Development at the massive Hudson Yards project on Manhattan’s West Side.

Marine Terrace in Queens is a major component of a more than 45,000-unit affordable housing portfolio that Related - according to The Wall Street Journal - relies on to mitigate the risks of constructing multi-billion-dollar projects - including Hudson Yards.

About 1,800 IBEW Local 3 Technicians - many with years of cable-TV experience that eclipses Charter/Spectrum’s debut in New York by decades - went on Strike back on March 28th, 2017 in an effort to preserve Union Pensions and medical benefits.

According to Pawluk, an elderly Marine Terrace neighbor with a bedridden spouse and wonky Charter/Spectrum phone service only narrowly averted disaster last year, after her son just happened to visit her while she was having a medical emergency.

“He had to carry her down three flights of stairs, throw her in his car and take her to the hospital,” Pawluk said. “Within a half-hour, she was in the operating room getting a pacemaker because she had no landline to call 911 – ‘it’s really horrible.’  (Charter/Spectrum) ‘still wants the full price (for service), of course.’”

Another long-time Marine Terrace neighbor who asked to remain anonymous fearing eviction, told LaborPress that she, too, is fed up with poor Charter/Spectrum service, but frustrated that Related makes choosing another cable TV and phone company impossible.

Local 3 Strikers insist that the so-called “contractors” Charter/Spectrum has brought in to try and maintain service during the nearly two-year-old Strike are unqualified and failing New York City customers miserably.

To Continue Reading This Labor News Report, Go To: http://laborpress.org/charter-spectrum-strike-drags-on-as-queens-residents-sound-alarm-over-dangerously-bad-service/