Its Good To Be Recognized For Your Union Show Must Go On Attitude: The Dave Matthews Sings The Praises Of IATSE Local 56 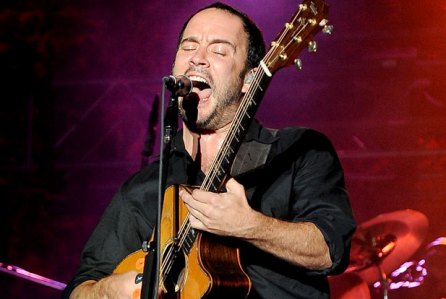 (MONTREAL, CANADA) - Members of International Alliance of Theatrical Stage Employees (IATSE) Stagehands Local 56 recently got a shout-out from the Dave Matthews Band for their show-must-go-on attitude that saved the day after the band’s trucks and crew were delayed at the Canadian border en route to a concert in Montreal.

“I wanted to write a letter to commend the work of the Members of IATSE Local 56, Bobby Nagorney, Michael Deslauriers, and all department heads,” Matthews wrote in a letter dated December 17th.

The band, Matthews said, had a concert scheduled at the Bell Centre in Montreal, but “while crossing the border from our show the night before in Boston, a number of our trucks and crew were detained at the border for several hours.”

“This delay,” he wrote, “pushed back our scheduled load-in from 8 a.m. to 11 a.m.  Due to quick-thinking, strong work ethic, and remarkable attitude of everyone at Local 56, we were able to complete load-in and the show went off without a hitch,” Matthews wrote.

“On behalf of the band, crew and management, I can’t thank the IATSE Local 56 team enough for making our show went on!,” Matthews ended.

Congrats.! IATSE Local 56 Members for your 'commitment and tireless work' as Union Members - 'doing the hard work you all do everyday!' And 'especially for' the Dave Matthews Band. It's called 'Union Proud, Union Strong.' Posted by Dan Boody on January 6, 2019 at 12:55 pm