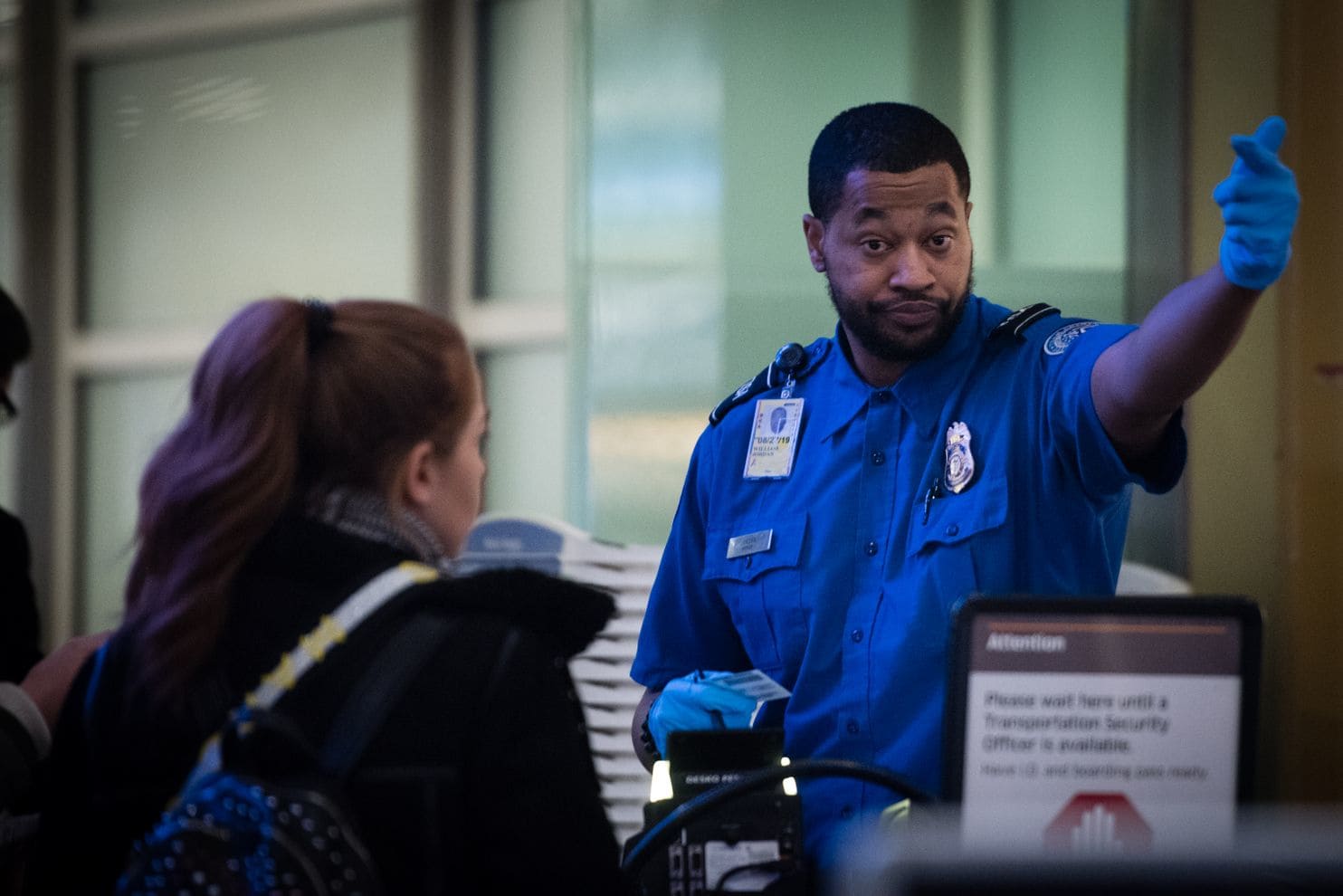 Those standards are a maximum of 30 minutes spent in a regular checkpoint line and 10 minutes for those who pass through the expedited line under the TSA’s PreCheck Program.  Gregory said late last week that 2.2 million passengers passed through TSA checkpoints and 99.8% of them waited less than 30 minutes.

Union leaders said Friday (January 4th) that hundreds of TSA Workers at major airports nationwide are off the job because they can’t afford to get there.

Most Federal Workers are paid every two weeks.  As a result, the Checkpoint Workers to whom Thomas refers have not yet missed a payday.  Like Federal Air Traffic Controllers, who also are working without the promise of a payday, the TSA Workers are due a paycheck this Friday.

Spokesmen for the Metropolitan Washington Airports Authority, which controls Reagan National and Dulles International airports, and for the Baltimore-Washington International Marshall Airport said they have not seen any increase in lines at TSA checkpoints.

About 51,000 TSA Employees who screen passengers are considered essential and are among the 420,000 Federal Workers - who are expected to continue working without the promise of a paycheck this Friday.

Traditionally, after a government shutdown, those essential Workers have recouped their pay.

To Read This Labor News Report In Its Entirety, Go To: www.washingtonpost.com/local/trafficandcommuting/unions-say-tsa-workers-cant-afford-to-man-checkpoints-without-a-paycheck/2019/01/04/c11f1d76-106d-11e9-84fc-d58c33d6c8c7_story.html?fbclid=IwAR3HD6ARE0FYLIb4Nbi1B84ysG-Qyx0_Ou_PXyLuPbiJkKu8sNmq8DHaZFc&noredirect=on&utm_term=.c195ae5f1b19