Labor Perspective From Relay Graduate Of Education Assistant Professor Zachary Wright: We Have To Teach Social Justice In Our Schools 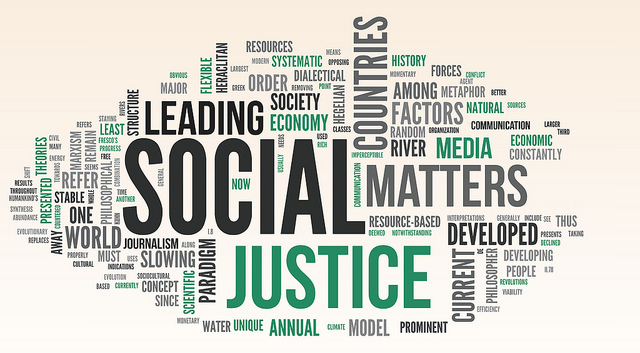 EducationPost.org Editor’s Note: Zachary Wright, a National Finalist for the United States Department of Education’s School Ambassador Fellowship, is an Assistant Professor of Practice at the Relay Graduate School of Education, which serves the Philadelphia and Camden areas. Prior to that, he was the 12th-grade world literature and AP Literature Teacher at Mastery Charter School Shoemaker Campus for the last eight years, teaching the school's first eight graduating classes.

In a recent article, J. Martin Rochester, a Professor of Political Science at the University of St. Louis-Missouri, raised concerns about teaching Social Justice in schools.

One, he thinks Social Justice exists outside the jurisdiction of school curricula - and second, that those who would teach Social Justice approach it only from a Liberal perspective.

As an Educator who includes Social Justice as a necessary part of my classroom practice, I think Rochester got some things right - but a lot of things wrong.

Rochester’s first insinuation is that schools ought to focus on the traditional curricula of reading, writing, mathematics, sciences, etc.

Schools ought not to, in Rochester’s words, “aspire to be churches or social work agencies.”

What this overlooks, however, is that education has always been political.

When a Nation has within its DNA laws regulating who can learn, with whom one can learn, and where one can learn, then the idea that a school ought not engage in the political realm reeks of forced naïveté.

As long as our school systems are funded within halls of State Legislatures that maintain 21st-Century houses of education for zip codes of wealth and crumbling school houses for zip codes of poverty, then it is disingenuous at best to assert schools exists outside the realm of political discourse.

Furthermore, schools have always been community centers akin to congregations.

Schools are where communities come together to vote, engage in town halls and hear from their elected representatives.

They are the places where evening athletic leagues flourish, where families gather for tax filing support and where communities gather to enjoy the arts.

To assert that schools should exist solely as collections of classrooms is to not only deny the reality of schools across the country, but also to waste the potential of using these community centers to promote Social Justice as defined by that particular school community.

Rochester paints with an absurdly large brush when he argues that, “Educators for social justice are disingenuous in posing as facilitators of student-centered learning when as Teachers they have largely foreclosed the discussion or at least steered it toward a preferred outcome.”

To label all Educators as disingenuous is lazy and calls into doubt one’s arguments as purely didactical, more concerned with an agenda than honesty.

However, if we assume the best, and discuss the argument underlying the insult, there may be some merit.

It is true that our job as Educators is to educate, not indoctrinate.

It is our job to help students develop the critical skills to be able to think for themselves, not simply to regurgitate the values forced onto them by a chosen curricula.

This truth, however, does not call for the elimination of the Social Justice Curriculum, but rather its expansion.

To Continue Reading This Labor Perspective, Go To: https://educationpost.org/its-non-negotiable-we-have-to-teach-social-justice-in-our-schools/?fbclid=IwAR1nqmsEvGy0gUCCAWTSEtbEsRDFV2njFU-7qBL0xm8_-ls9ilxMWbAr7LU

I'm 'not qualified' to speak on the merits of this article as an Educator, but 'I am qualified as a parent and grandparent.' In reading this article and also the accessed link, I 'fully support' much of the values of learning Social Justice. So, one of my grandsons was attending a local concert with four or five other friends last Summer. They were all around 15/16 years old. As they entered the concert room, there was a light security check point of entry. So, my grandson says to me: "But Papa, my friends walked right in, but I was stopped and checked." There was 'no problem' as I was then allowed passage. "But, Papa, I was the 'only' Latino of the group," he said. "It's clearly called ethnic profiling," I told him. And he said to me: "I know, Papa - 'but it's wrong.'" So, yes, our youth 'are being exposed' to 'Social Injustices' that we are not knowledgeable about. So damn it, 'there should be' teachings as such. Posted by Dan Boody on January 6, 2019 at 1:33 pm