Turning From Bad To Good: The Fight For Middle Class Jobs In Downtown Brooklyn 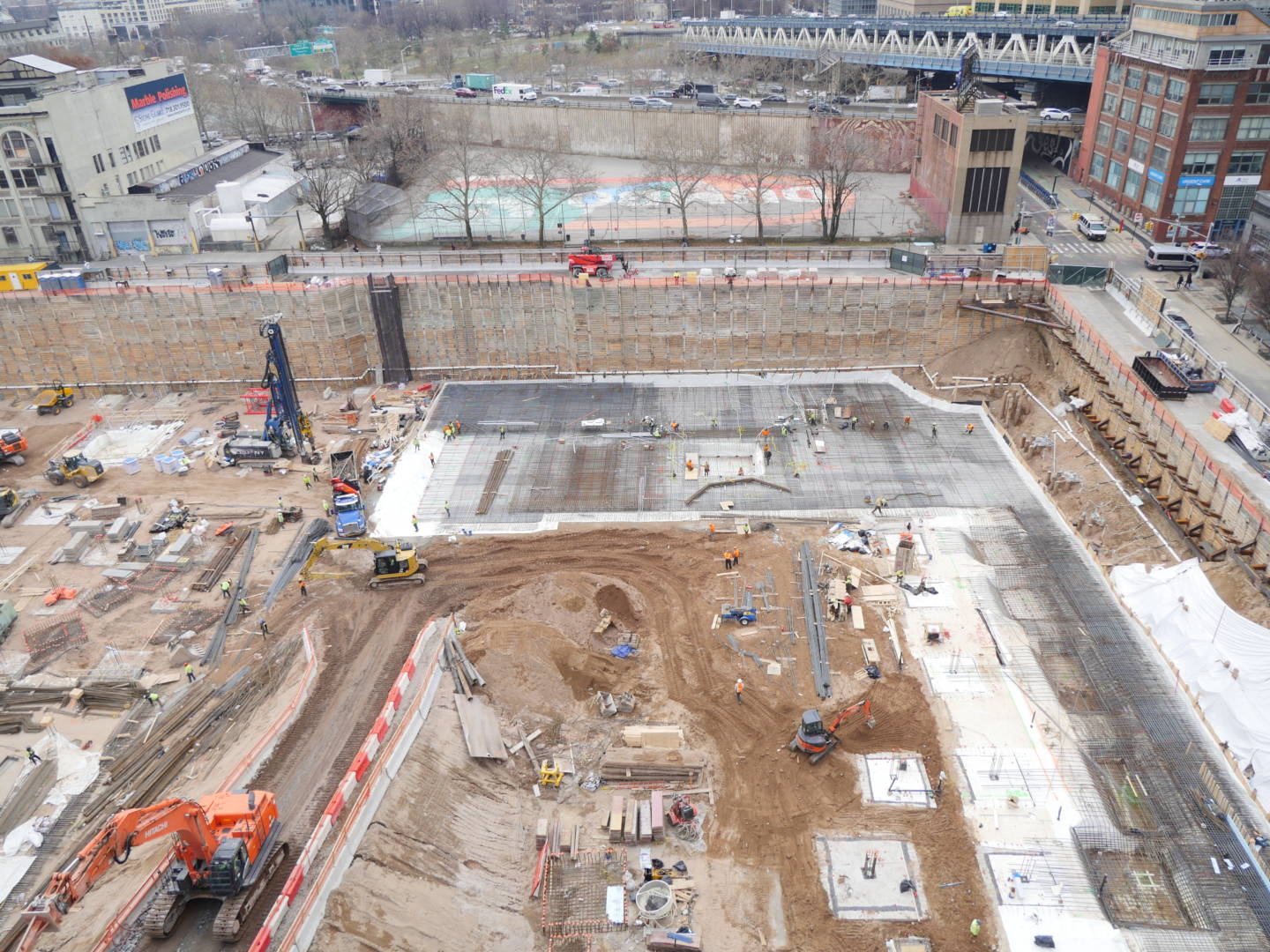 (BROOKLYN, NEW YORK) - Union Cement and Concrete Workers denied work at a massive mixed use development in Downtown Brooklyn are pressing the fight for good Middle Class jobs into the New Year.

In addition to exploiting Non-Union Labor with paltry wages and non-existent benefits, Trade Unionists charge that the project is also being unsafely built.

Some 26 complaints have been lodged at the Department of Buildings, but none of them have stuck.

Council Member Stephen Levin (Democrat-District 330, however, says that the giant development, indeed, remains a “major concern.”  “We’ve received complaints from neighbors fairly frequently,” the Council Member told LaborPress. “This is not a site that we haven’t been hearing neighbor complaints for the last six months or so.  My staff has been actively engaged in this trying to resolve the issues as they come up.”

CIM, the development group at the helm of the 85 Jay Street project, has a long track record of hiring contractors and subcontractors charged with of some of the most heinous Worker Violations on record.

Trade Unionists point out that those violations run the gamut from wage theft and discrimination to sexual harassment and fatalities.

“We think that the safety record of the contractors they’ve used so far, ‘should be troubling and concerning for local residents,’” Local 46 Political Director Melissa Shetler told LaborPress. “This is ‘not the type of development or the type of contractor that we should be allowing in New York City.’  The ‘exploitation of vulnerable Workers is something that we’re supposed to be standing up against.’”

Metallic Lathers and Reinforcing Ironworkers Local 46 has launched a campaign to convince other firms to stop investing in CIM, in an effort to convince the $29 billion private equity real estate fund manager to stop hiring irresponsible contractors.

“I’ve ‘never seen a job that big’ - expect for the (World) Trade Center,” Arena told LaborPress. “I think this job is ‘a little too big for them.’  They’re ‘scrambling’ around.  ‘They think they’re working hard, but they’re doing the same job three or four times.’  ‘It’s an accident waiting to happen.’”

None of the recorded complaints about the 85 Jay Street project have resulted in DOB fines.

To Continue Reading This Labor News Report, Go To: http://laborpress.org/turning-from-bad-to-good-the-fight-for-middle-class-jobs-in-downtown-brooklyn/