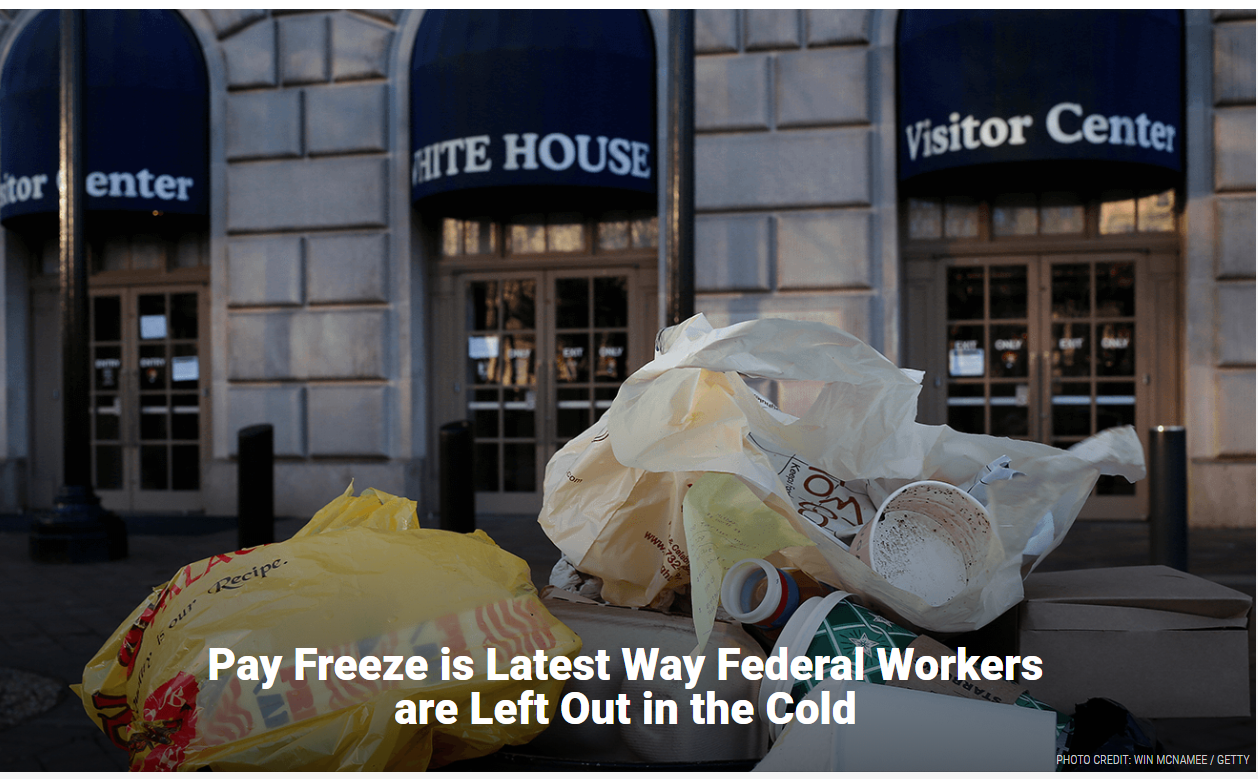 (WASHINGTON, D.C.) - It's a not-so-happy new year for thousands of Federal Workers.

In the midst of a Federal Government shutdown, Republican President Donald Trump issued an Executive Order on freezing federal pay for 2019.

The order stops the automatic and annual 2.1% increase that all Civilian Workers would have received on January 1st.

It also zeros out the Cost-of-Living Adjustment (COLA) that’s designed to cover the cost of inflation, which influences what Working Families pay for everyday essentials such as rent, food and gas.

This latest news from the Oval Office comes as more than 800,000 Federal Workers are either furloughed or are being forced to work without pay because of an ongoing political standoff over funding for a wall along the U.S.-Mexico Border - a dispute that culminated in a partial government shutdown before Christmas.

Both plaintiffs were deemed “essential” personnel and required to work overtime on the day of, or the overnight leading to, the shutdown.

It is now a pay period later and these Workers have yet to be paid for these additional hours worked.

AFGE is supporting and facilitating the lawsuit, which seeks owed overtime wages for the two plaintiffs and other affected Federal Workers who also have been required to work overtime prior to the shutdown without compensation.

Depending on how long the shutdown lasts, and how payroll is processed during the shutdown, the lawsuit could be expanded to cover more Workers.

One of the first tasks for the incoming “Pro-Worker leadership in the House of Representatives,” Saunders said, “should be to reopen the Federal Government and deliver on promises made to Working People.”

To Directly Access This Labor News Report, Go To: www.afscme.org/now/pay-freeze-is-latest-way-federal-workers-are-left-out-in-the-cold