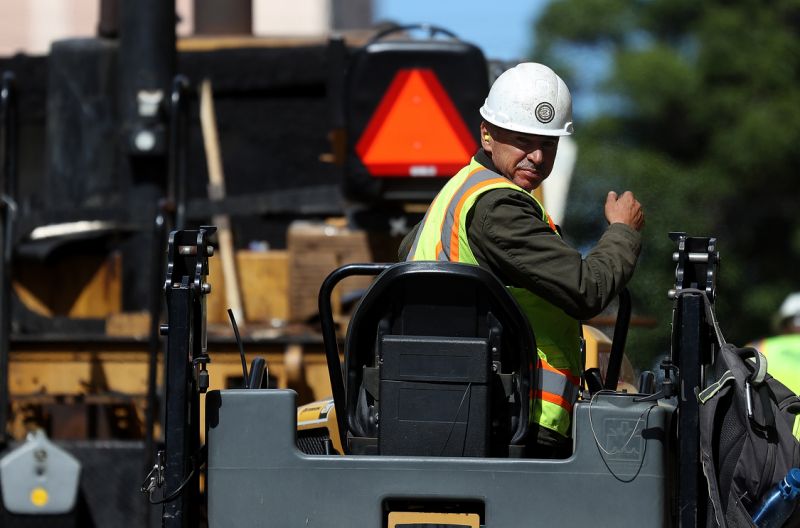 The U.S. is currently dealing with a very tight labor market and Blue Collar jobs, in particular, are experiencing an acute Worker shortage.

“The Baby Boom Generation is much larger than the generations before and after,” Levanon said of the demographic aspect. “Now is the time they are retiring in large numbers.”

In terms of education, Blue Collar Labor Markets are tight is because more and more Americans are going to college.

Since the Financial Crisis, “the share of (23- to 24-year-olds) with a bachelor’s degree has been rising sharply,” the Conference Board reported.

Those with a bachelor’s degree are less likely to pursue a Blue Collar career.

And as the economy has been expanding since the recession, the number of jobs has increased without the Workers to fill the positions.

Construction job openings, specifically, are set to increase by 12% through 2026, faster than the national average.

Among material Moving Machine Operators, there will be nearly 44,000 more jobs projected in that field by 2026.

“To put it bluntly,” the Conference Board stated, “there are simply not enough people in the labor force willing to work in Blue Collar jobs.”

For those without college degrees, some are kept out of the Blue Collar Workforce for different reasons.

According to the Conference Board, “less educated Americans are much more likely not to be in the labor force due to disability.”

The organization partially attributes the increase in disability rates to the U.S. opioid epidemic, especially among those without a bachelor’s degree.

Other possible “deterrents” from Blue Collar Occupations the general stigma that Blue Collar jobs are perceived to be for less educated people, Immigration Policy changes, and the rise of technology.