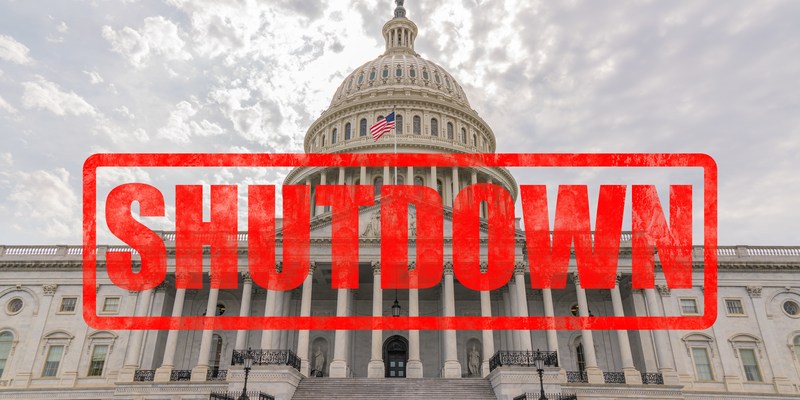 (WASHINGTON, D.C.) - A Union representing Federal Workers sued the government Monday (December 31st) over the partial shutdown, saying it was illegal to have hundreds of thousands of Employees work without pay during the funding lapse.

The American Federation of Government Employees (AFGE) filed the lawsuit on the shutdown’s 10th day, with no signs of an imminent resolution between Congress and the White House.  The Union said withholding the pay of Workers who continue to clock in during the shutdown runs afoul of the Fair Labor Standards Act, the Great Depression-era Law establishing a Minimum Wage and Overtime Pay.

“This is not an acceptable way for any employer, let alone the U.S. government, to treat its Employees,” Heidi Burakiewicz, a lawyer representing the Workers, said in a statement. “These Employees still need to pay childcare expenses, buy gas, and incur other expenses to go to work every day and yet, they are not getting paid.  It is a blatant violation.”

Some 380,000 Federal Employees have been furloughed during the shutdown, meaning they are out of a job until lawmakers reach a funding agreement.  But another 420,000 are continuing to work in “essential” capacities such as in Law Enforcement, but are not being paid.

After previous shutdowns, Congress has passed legislation to retroactively pay furloughed Employees and those who worked through the closures.  But in the meantime, all those Workers still have bills to pay.  Those who don’t have deep enough savings will face some hard choices if the shutdown continues to grind on.

The AFGE previously sued the government under the same claims after the 2013 shutdown, which lasted 16 days.  A judge later ruled that around 25,000 Workers were owed double pay due to damages.

Unlike that earlier shutdown, the ongoing one affects only about one-quarter of Federal functions, as Congress has already appropriated money for the rest.

One of the main agencies hit by this shutdown is the Department of Homeland Security.

The plaintiffs in the lawsuit include Transportation Security Officers, Border Patrol Agents and Correctional Officers, among others who are continuing to work.

In a statement, AFGE President J. David Cox said such Workers “deserve the decency of knowing when their next paycheck is coming.”

Cox added that the intent of the lawsuit was “to force the government and the administration to make all Federal Employees whole.”

The shutdown began on December 22nd, after Republican President Donald Trump demanded more than $5 billion for a wall along the Southern U.S. border, which he originally said Mexico was going to pay for.

Democrats take over as the new House majority on Thursday (January 3rd), giving the party a stronger hand in the standoff.

Democratic Lawmakers said they will unveil a plan to reopen the government immediately, although House Minority Leader Nancy Pelosi, the incoming speaker, has said the party will not acquiesce to Trump’s demand for the wall money.

To Directly Access This Labor News Report, Go To: www.huffingtonpost.com/entry/federal-employees-shutdown-lawsuit_us_5c2a95b6e4b05c88b702f2fe?fbclid=IwAR0-nNQYpp0k26B106jWUv5WQJ2MFyCUn56B9UiP7yMByr7J2TNwrJRO4J8