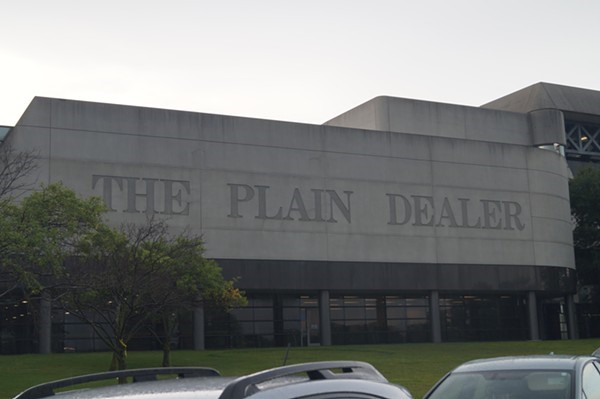 (CLEVELAND, OHIO) - Twenty-nine Union Employees at The Cleveland Plain Dealer - mostly Copy Editors, Page Designers and Illustrators - will be laid off after March (2019), according to George Rodrigue, the newspaper’s Editor and President.

The plan is to outsource most of those jobs to a New York-based company called Advance Local, which is a subsidiary of The Plain Dealer’s parent company, Advance Publications.  “We make this decision with some sadness," Rodrigue said in a statement, “but with the long-term preservation of The Plain Dealer at heart."

The decision caps weeks of negotiations between company management and the PD News Guild, a Union that represents 68 Plain Dealer Employees - including Reporters, Copy Editors, Designers, Photographers and Illustrators.

Wendy McManamon, a Copy Editor whose job is among those slated to be cut, said the newspaper's managers are saving money by trading in Journalists with local perspective.  "Journalists ‘care,’ their readers ‘care,’" said McManamon, who also heads the PD Guild. "Maybe ‘one day’ the people who run these newspapers ‘will care again.’"

Over the past decade or so, improvements in technology have made it possible for groups of newspapers around the country to pool their resources, especially on pages of national and international news, sports, or features.  This concept has been tested industry wide and has proven to be both efficient and effective.  It allows local newsrooms to focus their editing efforts on their local journalism, which means quality can be sustained at lower cost.

Despite the changes, “The Plain Dealer will remain a local institution,” Rodrigue said, “Editorial decision making will remain the responsibility of The Plain Dealer’s editors.”  Local stories, which make up about half of the newspaper, “will be selected and copy-edited by veteran Journalists based in Cleveland.”

Those who are laid off will have a chance to apply for those positions, he said.

The PD Guild followed the announcement with a series of tweets, accusing the company’s management of “Union-Busting” and opting for “cost savings and efficiencies” over quality.

“The Plain Dealer unit of the Northeast Ohio Newspaper Guild for months has fought to keep this work in Cleveland,” read one tweet, “because the Guild knows that having local Journalists, with knowledge of the community, would produce the best newspaper.”

PD Guild Members have a contract negotiation coming up in February.  Until then, McManamon said, their focus will be on getting the best deal for those who will be laid off.

In recent years, other publishers have consolidated their newspaper operations to save money, including GateHouse Media, which owns the Akron Beacon Journal.

To Read This Labor News Report In Its Entirety, Go To: www.ideastream.org/news/plain-dealer-plans-to-lay-off-a-third-of-unionized-news-staff?fbclid=IwAR2mXDIDsFdtTlZeH0blpgwkLOHMuDrEk_NzJpdJO0VW9K2HAoV0dYxY4xs