Unions Giving Back: For Women, By Women - A Sisterhood Of Carpenters Builds Tiny Houses For The Homeless 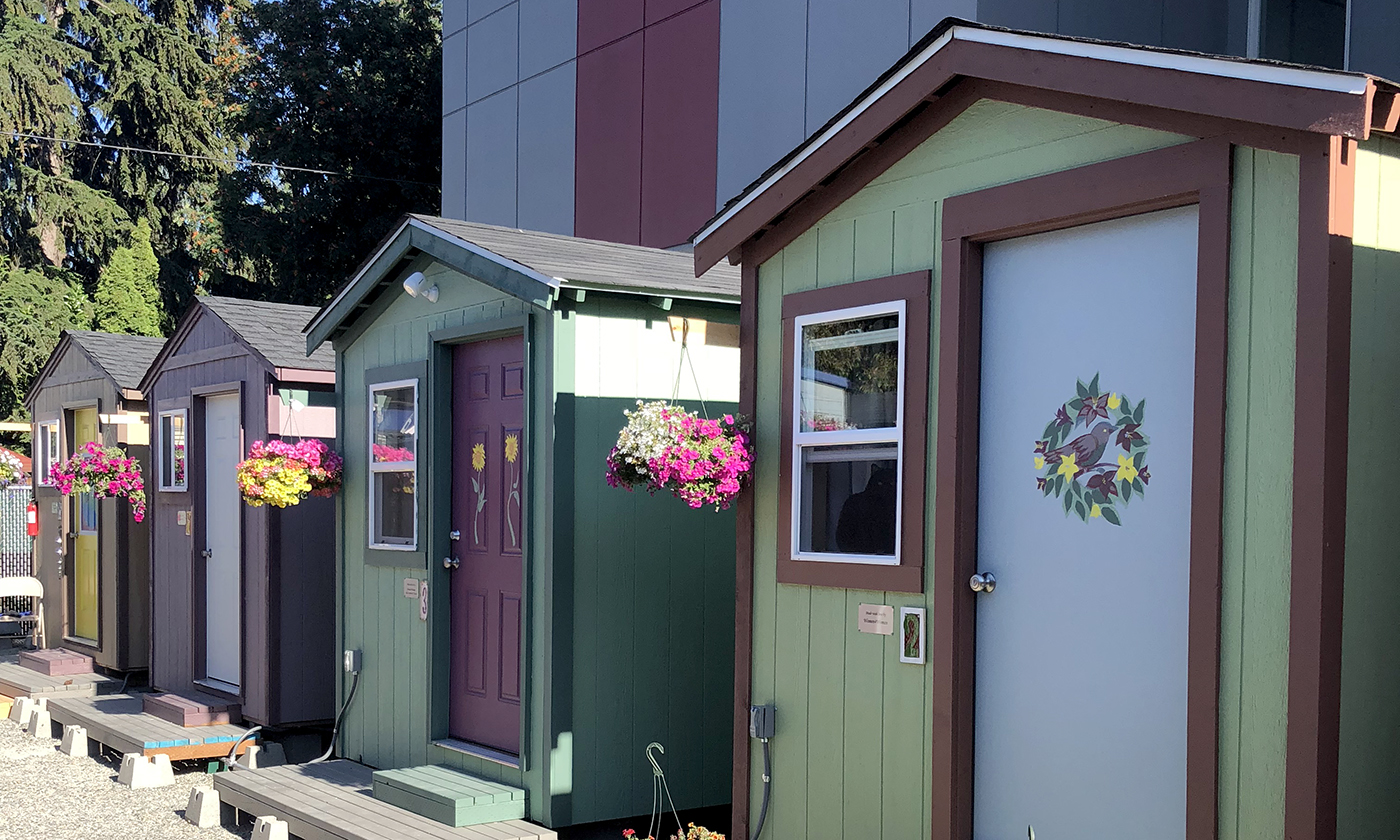 For the volunteer Tradeswomen who came together over several cold, wet weekends earlier this year in the Spring to build a tiny-house village for homeless women in North Seattle, the ultimate reward wasn’t necessarily their finished handiwork.  Rather, it was the confidence and camaraderie the project inspired for many of the crew who, for the first time, worked on a construction site where they were not the only women.

Alice Lockridge, who spent a 30-year career training women to do physically demanding work, created the Women4Women initiative that brought them all together.  “These women go to work every day and are told they are not as good, they are taking some man’s job, and ‘Why are they there?’  Subtle and straight to their faces, every day for their entire careers,” Lockridge says.  With Women4Women, she says, “we made a place where they could come to work and share their skills and learn new skills in an environment that was free from all that.”

Whittier Heights Village is a community of 15 colorful tiny houses, each 100 square feet.  In July, its new residents began moving in, many from the streets or from shelters around Seattle. The village also has a common building with a kitchen, bathrooms, and laundry.  Located on city-owned land, it is one of nine tiny-house villages in Seattle that serve as emergency shelters for the city’s homeless population.  It is operated by the Low Income Housing Institute, which develops and operates housing for low-income and homeless people in Washington State.  Each house costs about $2,500 to build and the labor is mostly provided by volunteers.

Dozens of women - and also some men - from across the state answered Lockridge’s initial call for volunteers. Not all were carpenters; there also were Gardeners, Plumbers and Electricians and Artists.  They included tradespeople with years of experience and folks who hadn’t picked up a hammer in years.  “People talked about how different it was from their regular crew in the real world where they worked. We worked, learned, and taught,” Lockridge says.

It was a different scene from the male-dominated worksites many of them report to every day.  While the construction industry has a narrower gender pay gap than U.S. industries on average, Women4Women volunteer Linda Romanovitch said many women don’t see such work as viable career options.  In the Construction Trades, women represent about 10% of 10.3 million Construction Workers in the U.S.

Romanovitch, who spent 40 years in the construction trade, 32 of them as a supervisor and Carpenter with the King County government, said that too often the only people being recruited into construction work are the brothers and sons of men who already have those jobs.

What’s more is that high school shop classes, which seldom attract girls in the first place, have been all but abandoned by most U.S. high schools, meaning students miss out on exploring those options.  “It’s called the other four-year degree,” Romanovitch says. “You get benefits and a pension.  All these things I’m promoting as a Union Carpenter, but my great passion is to promote this as a viable career option for women.  It’s still a man’s world in construction.”

Romanovitch had assembled about 15 women from Sisters in the Brotherhood, a group of women in the United Brotherhood of Carpenters Union who support and mentor one another.

To Continue Reading This Labor News Report, Go To: www.yesmagazine.org/people-power/for-women-by-women-a-sisterhood-of-carpenters-builds-tiny-houses-for-the-homeless-20180817?fbclid=IwAR0e3k0AiufLfpt5r28F7lmfiDr502nkUPz7XLrk4oMlhWp8LZiKXEchn8c