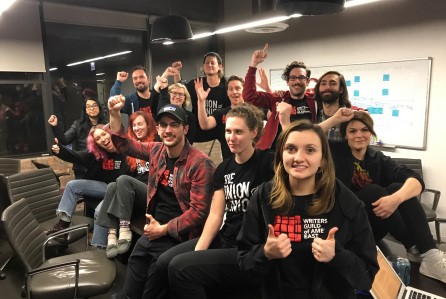 The Creative Staff at Onion Incorporated overwhelmingly has ratified its first Collective Bargaining Agreement with the Writers Guild of America (WGA) East.  It covers 69 Employees at the company’s numerous humor and cultural sites including The Onion, The A/V Club, The Takeout, Onion Labs and Clickhole.

“This agreement demonstrates that when Creative Professionals ‘win a voice on the job by Unionizing with the WGAE, they can forge a productive relationship with management and achieve meaningful gains and protections,’” Guild’s Executive Director Lowell Peterson said. 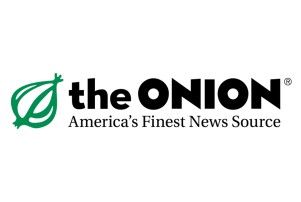 It also puts an end to “Permalancers” - long-term Freelancers - through a provision that requires the company to offer them full-time jobs if they contract, fellow or Apprentice for the company for 12 consecutive months or 18 cumulative months over a two-year period.

“We’re elated to have reached a first union contract for the members at Onion Incorporated,” the The Onion Incorporated Union said in a statement. “In addition to the gains made in our contract, we experienced immediate workplace improvements while organizing, including increased inter-departmental communication and a gender pay parity analysis.  As part of the WGAE, we have access to resources and the solidarity of thousands of Union Members across media and entertainment.  We’re proud to be part of a wave that’s raising standards across the industry and we encourage everyone to organize their workplaces.”

The new contract is part of the Guild’s ongoing efforts to organize digital news sites.