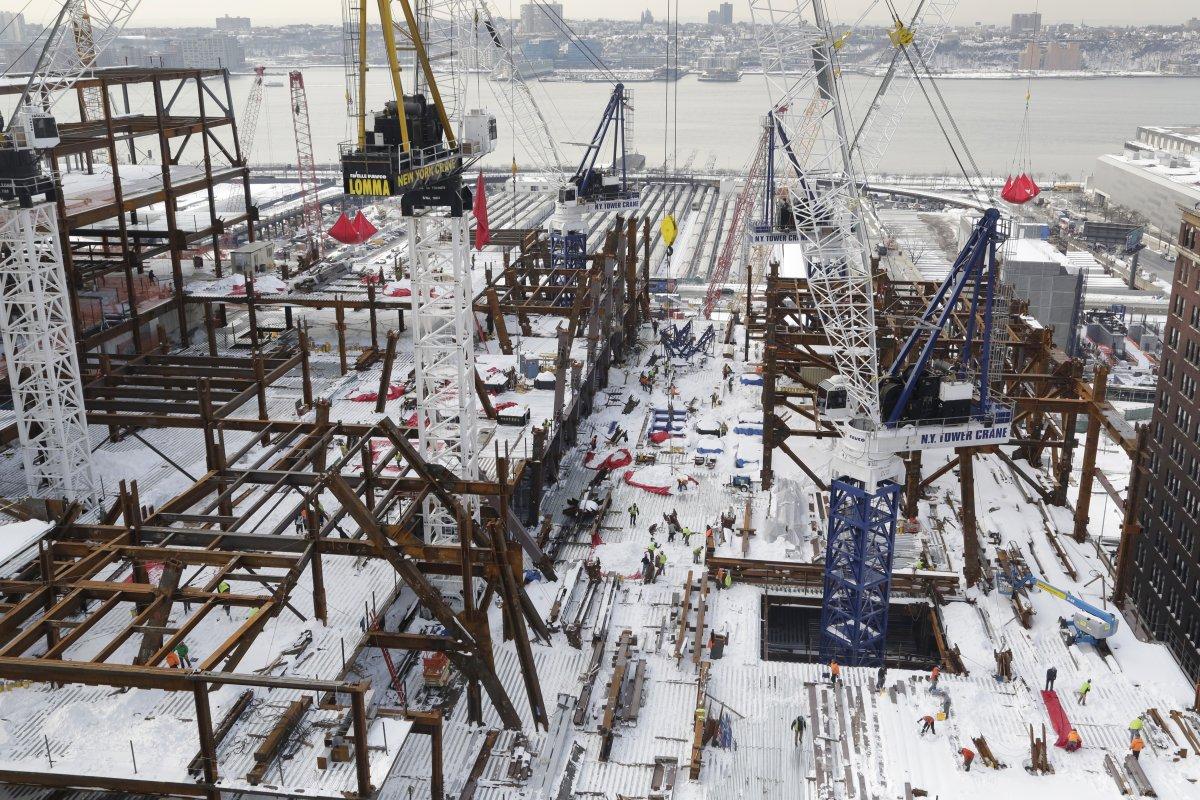 (NEW YORK CITY) - A Union Umbrella Group has offered its vision for settling the biggest fight in the city's construction industry: Legislate a win for Union Workers whose Labor Leader, Gary LaBarbera, has been in an ugly and escalating battle with Hudson Yards developer The Related Companies over pay.

The New York State AFL-CIO's proposal as yet has no sponsors, but Governor Andrew Cuomo has sided with the 100,000-Member Union Construction Industry before on wage issues, attaching a mandatory wage to a popular Affordable-Housing Incentive Program known as 421a in 2017 and now called the Affordable New York Housing Program.

The state-mandated pay thresholds are generally considered beneficial to Union Labor, leveling the playing field against a surging Non-Union Labor Pool that might otherwise win work by charging less.

John Banks, the President of the Real Estate Board of New York, a real estate industry lobbying group, called the move manipulative and said it was a "blatant power grab."

Such legislation, if it were to be adopted, would be disastrous for The Related Companies, which has sought to break Union Labor's grip on the Hudson Yards project.

Earlier this year Related sued LaBarbera and the labor group he leads, the Greater New York Building and Construction Trades Council, in an effort to staff the second half of the $20 billion Hudson Yards project with a labor pool of its choosing.

With billions of dollars of wages at stake, LaBarbera and other Labor Leaders have fought back, organizing bitter public protests that have targeted Related and its billionaire chairman, Stephen Ross.

"We fully support the AFL-CIO draft bill and look forward to working with the governor and the Legislature next year to get it passed," a spokesman for LaBarbera and the Trades Council said in a statement.

The AFL-CIO's proposal as yet has no sponsors.

To Read This Labor News Story In Its Entirety, Go To: www.crainsnewyork.com/real-estate/union-group-seeks-legislate-hudson-yards-victory