In New York City, Tis The Season To Press The Fight Against Broken Shop Development 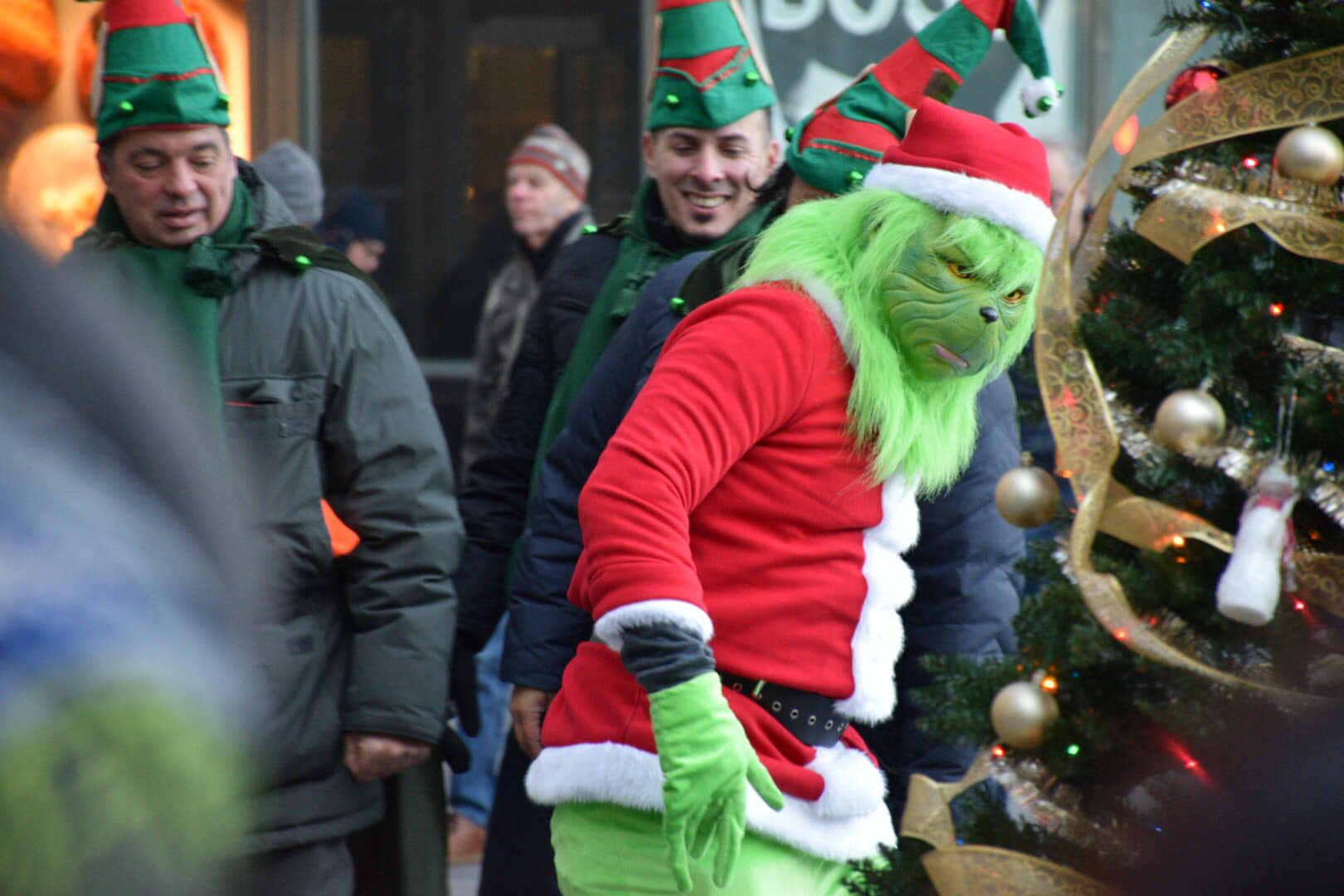 And, in keeping with the season, they didn’t come empty handed.

Protestors doubling as Santa’s Elves and a Grinch - who looked an awful lot like Ross, deposited symbolic “presents” on the sidewalk marked “Pension,” “Annuity,” “Safety,” and “Job Security” along with Related’s “gifts” of “Sexism,” “Wage Theft,” “Racism” and “Broken Shop.”

“We’re out here today to expose the ‘real’ Grinch of New York City - Steve Ross,” Laborers Local 108’s Mike Hellstrom said. “He is ‘upset with the prosperity’ of Union Workers here in New York City.  ‘He is doing everything he can against that.’  We’re ‘hoping, that, like the fable, he has a change of heart.’  Our message is that Steve Ross ‘should leave a legacy of sustainable living for the Middle Class.’  ‘We’re not giving up this fight until we get victory over the Hudson Yards.’”

Related had initially signed onto a Project Labor Agreement (PLA) with the Building Trades in the first phase of development, but now, during the second phase, has chosen to employ the “Open-Shop” Model of development.

The developer has since hired Boston contractor Gilbane Construction Company. 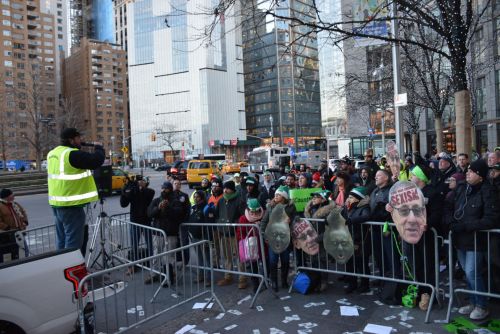 Kelsey McCabe, or Local 46 Lathers, told LaborPress: “I think it’s ‘disgusting.’  ‘We had good faith agreements, now (Ross) wants everything – no overtime pay, he wants take away our ability to stop work if we don’t feel conditions are up to par, he’s made sexist and (condoned) racist comments.’  ‘I think he just wants to go back to the 1850’s - the time of the Robber Barons, who weren’t captains of industry.’  ‘He doesn’t want us to have health insurance.’  ‘He’s out for himself.’”

Tommy Brown, also of Local 46 Lathers, said: “I think ‘you can see the greed, the morality he lacks in the constant exploitation of people of lower financial means - people struggling to get a salary for their families.’”

Hellstrom told the crowd: “We ‘know who the real Grinch of New York City is,’” adding, “We have a ‘solemn obligation to the next generation’ of Construction Workers.”

Recalling International Brotherhood of Electrical Workers (IBEW) Local 3’s ongoing Strike against Telecom Charter/Spectrum, Hellstrom said: “What’s ‘going on here in New York City is disgusting.’  ‘The greedy and the powerful and the rich seek to destroy what we work for every single day.’”

Trade Unionists chanted: “Racism, sexism, Union Busting - we’re not afraid of you – you mean nasty Grinch” that rang out on the streets Columbus Circle and, hopefully, found their way to Steve Ross’ ears.

To Directly Access This Labor News Report, Go To: http://laborpress.org/tis-the-season-to-press-the-fight-against-broken-shop-development/