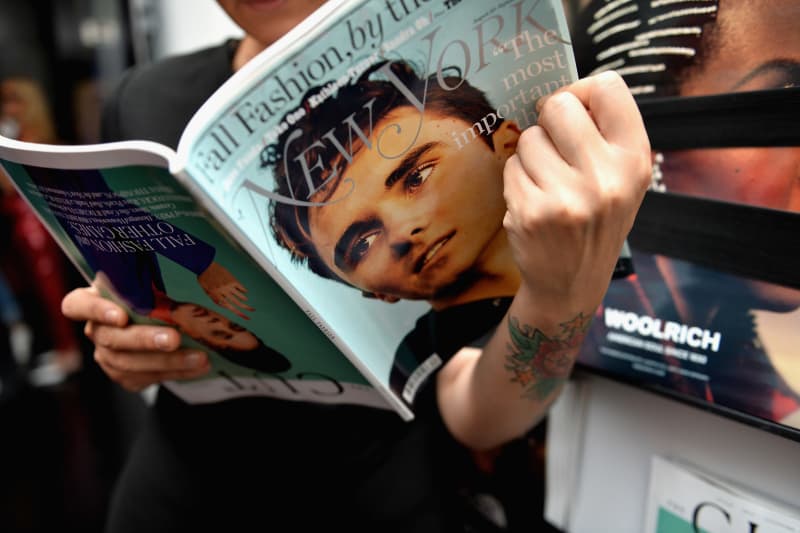 Organizers said that about 80% of roughly 160 eligible Editorial Employees had signed Union Cards indicating their support.  The Bargaining Group is made up of Print and Digital Staffers, including Writers, Editors, Producers, Copy Editors, Fact Checkers and other Non-Managers at the magazine and its digital verticals - the Cut, Vulture, Intelligencer, Grub Street, and Strategist.

New York magazine joins a growing list of Organizing efforts in the digital media industry in recent years, at outlets such as Gizmodo Media Group, Vice, The Guardian, HuffPost, The New Yorker, Vox Media, and others.

Meanwhile, Writers and Editors at Slate have voted to authorize a potential Strike amid negotiations between Editorial Employees and management.

Staffers at BuzzFeed News are not Unionized and BuzzFeed CEO Jonah Peretti has for years argued that Unionization would not be right for BuzzFeed Employees.

The New York magazine Unionization effort, organized through the NewsGuild of New York, comes as the magazine’s parent company, New York Media, explores a possible sale, The Wall Street Journal reported in August.  The magazine was purchased for $55 million in 2003 by Investment Banker Bruce Wasserstein, who died in 2009.  His daughter, Pam Wasserstein, is now CEO of New York Media.

New York magazine Organizers are pushing for better pay, which they say is unequal and below industry standard for some roles.  They are also seeking more transparency about job roles and responsibilities, better health care and retirement benefits, and more newsroom diversity.

“The fact that the industry itself is moving back to Collective Bargaining ‘is thrilling to me,’” said Rebecca Traister, a Writer-at-large for New York magazine and The Cut. “This is ‘what creates more stability and security for Workers.’”

In an e-mail to Staff, New York magazine Editor-In-Chief Adam Moss said: "We plan to work with the Union and hope we can get to voluntary recognition pretty soon."

New York magazine has been something of a success story in traditional print media thanks to a digital emphasis that has seemed to insulate it from some of the difficulties faced by other print titles in recent years.  The magazine’s print edition moved from weekly to every other week in 2014.

Like many media outlets, including BuzzFeed News, New York magazine has recently pushed into new streams of revenue as the wider industry contends with the all-encompassing advertising market dominance of Facebook and Google.  In November, New York Media announced the institution of a paywall for its suite of verticals.

Union Organizing conversations began more than a year ago, organizers said, well before the paywall and sale rumors.  But discussions picked up steam through the Summer and Fall, with Organizers recognizing that a Union could help the newsroom have a seat at the table should new ownership trigger internal tumult or layoffs, a growing reality across digital newsrooms.