Time's Up: #MeToo Has Come For The Skilled Trades 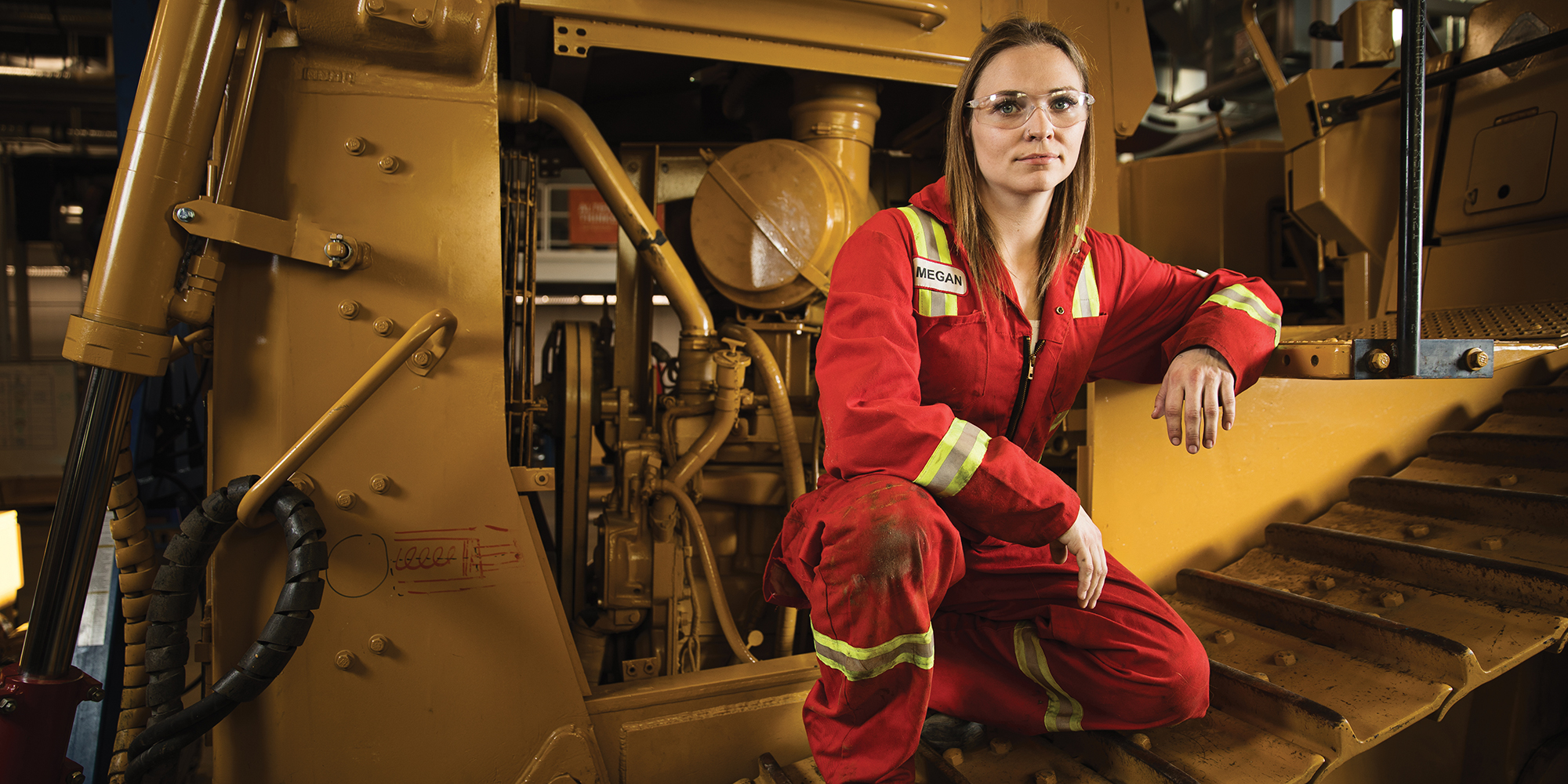 Can the male-dominated sector be remade into a safe and welcoming place for women?

If Megan Shechosky was the type to give up easily, she never would have set foot inside a heavy equipment repair shop.  When she looked for training opportunities as an 18-year-old, no one would give her a shot - and it had nothing to do with her skills.  “It was a huge struggle to find anyone who was willing to take a chance on a girl,” Shechosky said. “I was too small or they didn’t think I’d be able to handle the weight of the work.”

After knocking on dozens of doors, one shop owner finally agreed to give Shechosky a Pre-Apprenticeship.  For someone who’d grown up practically within arm’s reach of a toolbox fixing up muscle cars with her Dad, it was the realization of a childhood dream.  “I wanted to be like Dad,” she says of her father, Alex, an Electrician who encouraged her growth and education as a Mechanic through junior and senior high school.

But compared to her father, Shechosky’s introduction to the Skilled Trades was markedly different as the only Woman among about 20 Male Co-Workers.

Her earliest moments in the Trades proved life-changing.

Shechosky was groped in full view of Co-Workers in an incident that was denied by her alleged attacker and later swept under the rug by her employer, but that’s the reality she faced even before becoming a full-fledged Apprentice.  “Horrible,” Shechosky says of her introduction to the Skilled Trades. “It was a horrible experience.”

No industry is immune from Workplace Sexual Harassment or Sexual Violence, but few have the reputation for pervasive and systemic sexism and gender bias like the Skilled Trades.

It’s been ingrained over time, but a cultural reckoning is at hand.

More and more Women like Shechosky are sharing their stories and saying: “Me too.”

And more men are doing their part to change behavior from the inside.

“Those kinds of attitudes and those kind of behaviors are becoming a thing of the past.  I’m not saying they’re not still out there, but they’re being dealt with when they’re brought to people’s attention,” says Malcolm Haines (Sheet Metal Worker ’94) and Dean of the School of Skilled Trades at the Northern Alberta (Canada) Institute of Technology (NAIT) in Edmonton, Canada.  “It was happening already, but #MeToo has certainly brought it more to the forefront.”

The #MeToo movement went viral in 2017 on the heels of sexual assault allegations against Hollywood Mogul Harvey Weinstein.  Women from all walks of life came forward on social media with stories of survival, asking to be believed instead of ignored.

The rise of #MeToo happened too late to benefit Shechosky, now 26.  She was assaulted years before the movement became a social phenomenon, at a time when women were less likely to find support.  She remembers worrying about whether she should speak out and risk her training and the career she’d dreamed about since childhood. “It was so hard to find someone who will take on a girl, now am I going to say something about this?,” she said

When she did muster the courage to tell her boss, she got a lecture.  The owner felt put out and wondered what he was supposed to do about it and why she didn’t pop her attacker in the nose and be done with it.  “‘I told you something like this could happen, you being a girl in the shop,’” Shechosky recalls him saying. “‘Boys will be boys.’”

To Continue Reading This Labor News Story, Go To: www.techlifetoday.ca/articles/2018/metoo-comes-for-the-trades?fbclid=IwAR1SBsbOiSyVS5ABRMSKaUwbN5f-ZtK5gx3-v2mtxqyNc5z7NSTlc_3gPO4