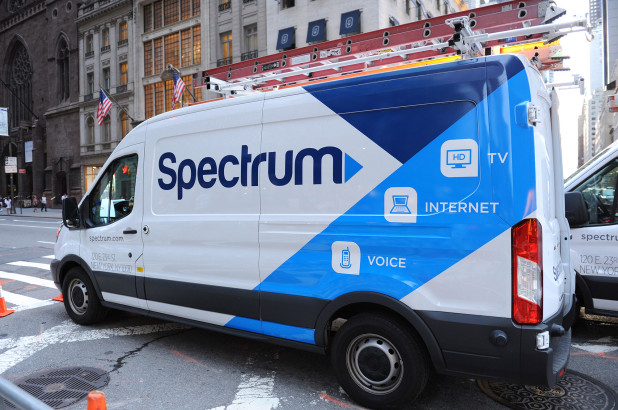 (NEW YORK CITY) - In an extraordinary move, the Union representing 1,800 Striking Workers at Charter Communications/Spectrum is launching a $3 million campaign urging subscribers to boycott the cable giant by canceling their service.

The effort by International Brotherhood of Electrical Workers (IBEW) Local 3 will include having paid canvassers knock on doors of Spectrum subscribers asking them to dump Spectrum.

The anti-Charter/Spectrum effort will also include phone banking and direct mail to customers, as well as TV ads and digital ads blasting the company’s Labor record, urging customers to calculate how much money they can save by dropping Spectrum and using streaming services.

Local 3 also will aggressively campaign condo and co-op boards in Manhattan and Queens and urge them to terminate Spectrum contracts.

It’s the latest salvo in the 20-month dispute involving IBEW Local 3 and Charter/Spectrum.

“For nearly two years, Spectrum ‘has engaged in some of the most despicable acts of Union Busting I have ever seen.’  Their actions ‘have left us no choice but to hit them where it hurts,’” said Chris Erickson, who serves as the Business Manager for IBEW Local 3.  “We are ‘humbled by the overwhelming support we’ve received’ from elected officials and the Labor Movement in this State, ‘but we now have to communicate directly with’ Spectrum customers, ‘educate’ them on Spectrum’s ‘deplorable practices and urge them to not only stand with our Members, but save money by cutting the cord and dumping Spectrum once and for all.’”

In solidarity with Striking Workers, elected officials and candidates - including Governor Andrew Cuomo and U.S. Senator Kirsten Gillibrand - refused to participate in debates sponsored by Spectrum before the November elections.

Charter is the parent company of Spectrum.

In a separate matter, the Cuomo-controlled state Public Service Commissions (PSC) has threatened to kick the cable giant out of the State for failing to meet benchmarks to expand broadband services to rural areas of New York, part of the State’s terms that allowed Charter to acquire Time Warner.

The Union went on Strike in March 2017 amid a dispute over benefits.

To Read This Labor News Report In Its Entirety, Go To: https://nypost.com/2018/12/10/striking-workers-union-urges-subscribers-to-boycott-spectrum/?fbclid=IwAR1MgNqAQB1yIy8HuUpVOgO8p2GmjOhW6BSahPG-HtGpLoQLDDSWoDrKtGo