Remember This The Next Time You Consider Voting Republican: Missouri Voters Already Voted NO To Right-To-Work (For Less), But A Republican Lawmaker Wont Give Up  Wants It Anyway 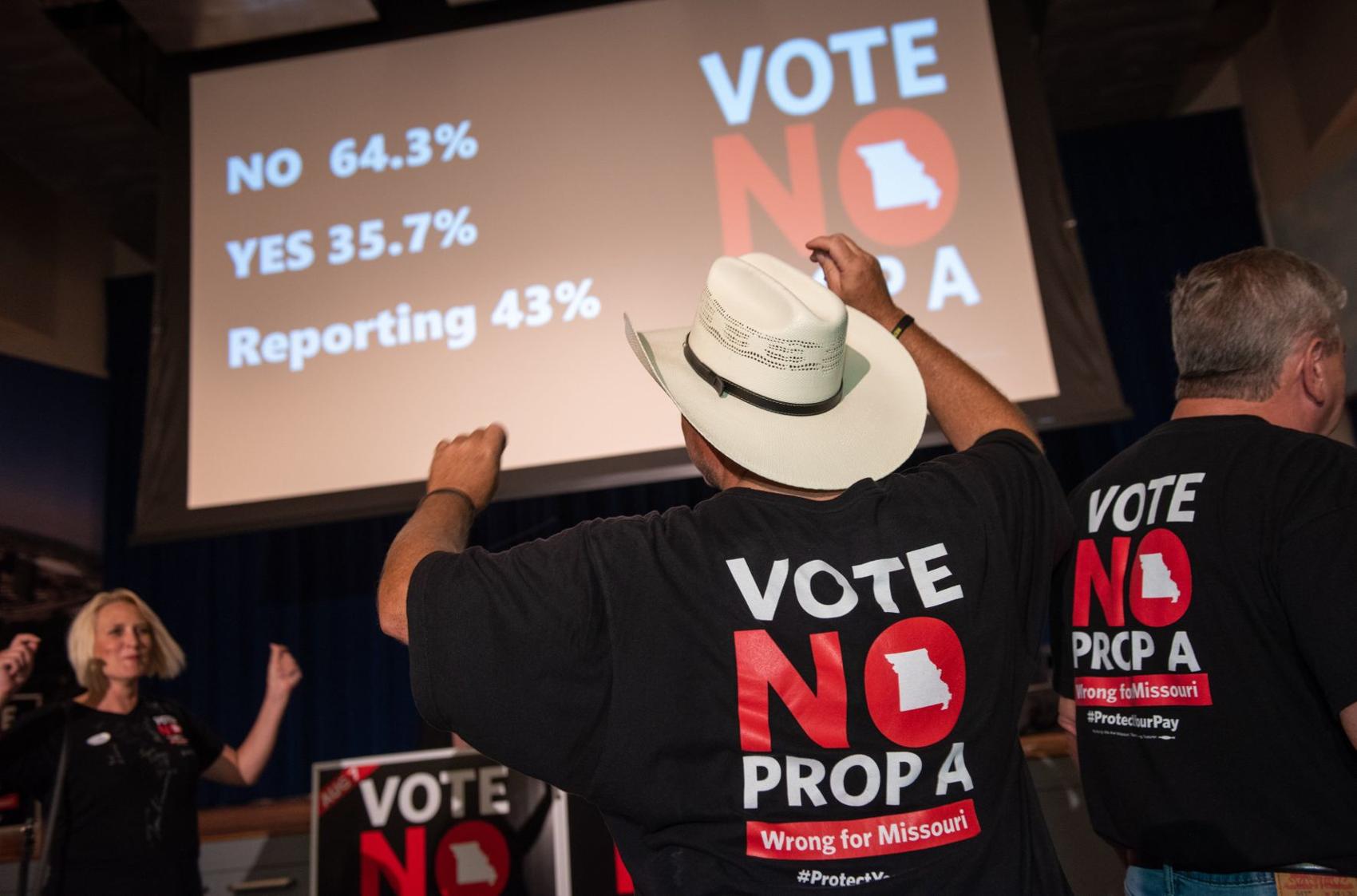 (JEFFERSON CITY, MISSOURI) - A Springfield Republican wants to again make Missouri a Right-To-Work (for less) State - even after two-thirds of voters in August shot down the State's law.

State Senator-elect Eric Burlison (Republican-Springfield) filed the legislation this month in preparation for the Legislature's annual session, which starts in January.  Republicans overwhelmingly control both the state House and Senate.

In 2017, lawmakers approved similar legislation, which bans Union Dues as a condition of employment, but Unions and allies struck back, submitting more than 300,000 signatures to force a referendum on the law.  In August, nearly two-thirds of voters across the State rejected the proposal, dealing a blow to one of former Governor Eric Greitens' crowning achievements.

It is unclear how much attention Burlison's proposal will get during the upcoming legislative session.  Some Republicans have voiced concern about pushing a measure rejected by so many voters.

Burlison, who served in the House from 2009 through 2016, said people's right to association should not depend on a vote of the people.  "We would never put people's religious freedom on the ballot or free speech on the ballot," he said. "This is a right of association that should not be put to a vote."

Opponents say the laws restrict the bargaining power of Workers, tilting the scales toward management.

Burlison said he could not predict how far his measure would go in the upcoming session, but he said he has told GOP Leadership the bill's passage is one of his priorities.  "I campaigned on this issue," Burlison said. “It's a "priority of not just myself, but people in my area."

The vote margins were not as close in the St. Louis area, where several counties saw more than three-fourths of voters reject Right-To-Work.

To Directly Access This Labor News Story, Go To: www.stltoday.com/news/local/govt-and-politics/right-to-work-floats-back-into-the-mix-after-missouri/article_365c4f4a-3303-5cde-a44e-b6324bf2ab59.html?fbclid=IwAR1QIDmBSwGVhdwPhbFL6k6dZM2kbNQUQ4Mb7RQcH3OMHS6IbiGbVPRULIo