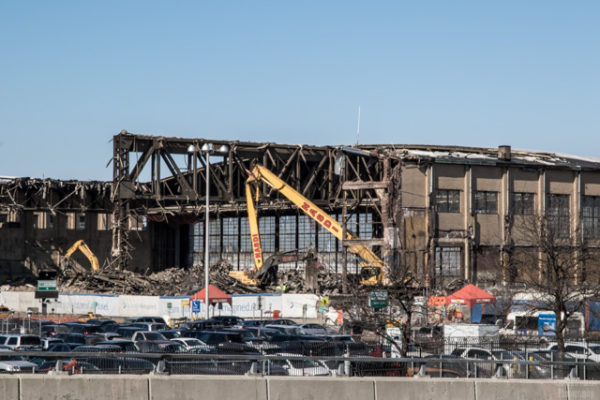 (QUEENS, NEW YORK) - Phase one of the $8 billion transformation of LaGuardia Airport has been completed.  Terminal B, which features aa 250,000 square-foot light-filled concourse is now open for business.  This section of the future airport will house 18 gates and will be occupied by Air Canada, American Airlines, Southwest Airlines and United Airlines.

“The opening of the first new concourse and gates at Terminal B marks another significant milestone in the transformation of LaGuardia Airport into a modern, global gateway that is worthy of the State of New York,” Governor Andrew Cuomo said.

“While leaders in Washington only talk about investing in infrastructure, in New York we are actually getting it done, and now travelers from across the world will start to see and experience a whole new LaGuardia,” Cuomo said 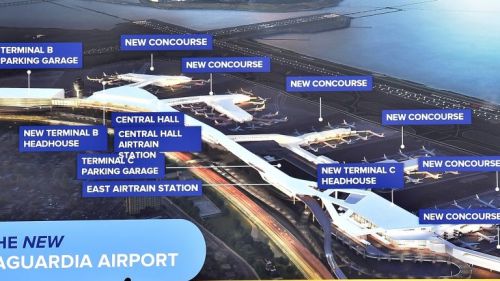 The new concourse is designed with soaring 55-foot high ceilings and floor-to-ceiling windows that allow natural light to fill space, which includes an indoor park with benches, landscaping and real trees.

Charging stations are placed throughout the gate seating areas, with free, high-speed Wi-Fi.

This massive project will enable the 30 million passengers-a-year airport to remain fully operational while the entire airport is rebuilt.

Governor Cuomo first unveiled the vision for a comprehensive redevelopment of LaGuardia Airport in 2015.  The project broke ground in 2016.

When completed, the new 2.7 million square foot LaGuardia Airport will be the first new airport built in the U.S. in more than 25 years.

The redevelopment of LaGuardia is anticipated to create a $10 billion in economic activity and $2.5 billion in wages over the life of the project.

To Directly Access This Labor News Report, Go To: http://laborpress.org/ny-laguardia-airport-construction-moves-towards-completion/