(TOWN OF LEWISTON) – Every day, 150 Workers across the United States don’t come back home at the end of a long’s work.  In 2016 alone, 5,190 Workers were killed on the job in this country – which was an increase from 4,836 deaths recorded the previous year.

These frightening figures could rise even more under a deregulation push, which is being pushed by the Administration of Republican President Donald Trump, both the Death On The Job Report and the National AFL-CIO said.  For example, at the White House’s direction, Trump’s U.S. Occupational Safety and Health Administration (OSHA) has already yanked several rules, notably measures to reduce Worker exposure to dangerous beryllium and to force firms to keep injury records for five years, not six months.  Thankfully, a Federal Court saved a third OSHA rule, on silica exposure, from Trump’s ax.

So on Saturday (May 12th), Members of the Niagara-Orleans Labor Council, the area’s Union, Health and Safety Officials, Elected Officials and the families of some of the 53 Workers whose names are etched into the Council’s Workers’ Memorial at Reservoir Park in the Town of Lewiston gathered - to once again - “mourn the dead, but fight like hell for the living.”

“This is the ‘most important’ event the Niagara-Orleans Labor Council holds every year,” Council President Jim Briggs (pictured below), who as serves as Sub-District Director for United Steelworkers (USW) District 4, told more than the 100 who stood and sat inside a tent next to the Workers’ Memorial.  “But we’re ‘going in the wrong direction and it’s getting worse.’  This is happening ‘every day and it’s not being reported on.’  It’s ‘not being discussed.’  ‘I think we need to do what those kids in Florida did after the school shooting that occurred there.’  ‘We have to start building a movement so the numbers are lower next year, and the year after that and the year after that.’  The cuts being made to OSHA ‘are affecting plant visits and enforcement of health and safety laws.’  We need to call our elected officials and the media and ask them ‘why they aren’t talking about this and reporting on it.’  ‘Why not say something?’  ‘This needs to end.’  ‘Enough is enough!’”

Western New York AFL-CIO Area Labor Federation (WNYALF) President Richard Lipsitz was also on hand and spoke to those assembled, telling them: “This is ‘one of the most important days on Labor’s calendar.’  We must remember that ‘those who have died on the job died at no fault of their own.’  These are ‘dangerous’ jobs in the automotive, chemical and metals industries, as well as those who serves as Firefighters and Police Officers.  Every year we say: ‘Mourn the dead and fight like hell for the living.’  But the ‘real danger’ is coming from the Federal Government that is ‘disabling safety regulations, bit by bit.’  It’s ‘easier for Big Business when these regulations don’t exist.’  So the best way to ‘battle this is by having Labor Unions and Collective Bargaining Agreements, to fight for strong Collective Bargaining Agreements - these are the most important challenges.’  We ‘have to see the bigger picture and fight for ordinary people - every day.’

Featured speaker, Buffalo Area OSHA Director Michael Scime, “thanked” the Niagara-Orleans Labor Council for the invite to address those “at this most prestigious event.”  He asked all to “pause and reflect and rededicate” themselves to the fight to keep Workers safe on the job.

Scime (pictured below), who recounted his family’s Labor past, said OSHA’s Buffalo Office receives a daily e-mail detailing Worker fatalities across the country.  He said he had “paid closer attention to it over the past four days” with news of so many Worker fatalities listed in the correspondence.

“Collectively, we ‘aren’t doing enough.’  Over the last year, there were eight fatalities here in the Buffalo Region.  One was hit by a bulldozer.  Another was electrocuted.  Another fell from a bucket truck.  My job is to also contact the families.  ‘It’s the hardest job I have.’  We’re not allowed to use the word ‘accident.’  We have to use the word ‘incident.’  But the cause of all these deaths ‘are an easy fix.’  We ‘need to do better.’  But in my (28) years with OSHA we are doing ‘more with less.’  There is (presently) ‘no’ Assistant Secretary of Labor in charge of OSHA, which is being run by ‘career’ folks.  They’re ‘good people,’ but on the ‘flip side’ – ‘career people don’t make policy.’  We’re ‘not moving forward,’” Scime said.  “We have to be ‘smarter’ and ‘work more’ with (Organized) Labor and (local) governments.  Worksites ‘have to be more than profitable’ - ‘they have to be safe.’  This ‘runs in the blood of my Staff.’  Safety ‘is a priority’ in the workplace.  I’ve never seen a poster in workplace that says: ‘Safety is Number Two.’  It should be a ‘core value’ and ‘we are committed to that task.’”

The Labor Council also noted the absence of Earl Frampton, the former United Way of Greater Niagara/Niagara Labor Council Labor Liaison, who missed his first Workers’ Memorial Event in the past 27 years because of ill health, said Bill Jakobi, who serves as the present Labor Liaison for the United Way and was master of ceremonies for Saturday’s event. 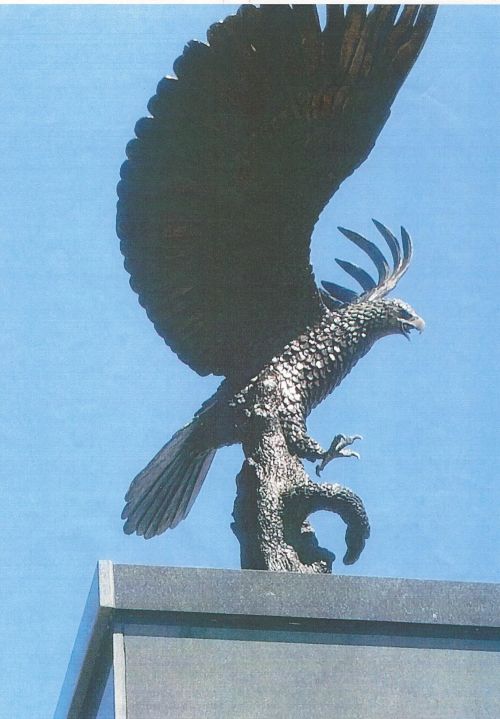 A moment of silence was also held for the late U.S. Congresswoman, Louis Slaughter, a champion of Worker Safety and Health Regulations.

For More On Worker Deaths And The Assault On Workplace Health And Safety Regulations, Read The Follow Labor News Reports That Have Appeared On WNYLaborToday.com In Recent Days: April 29th, 15 Things You Need To Know From The 2018 Death On The Job Report and May 1st, National AFL-CIO: Trump Administration Large Threat To Job Safety & Health.