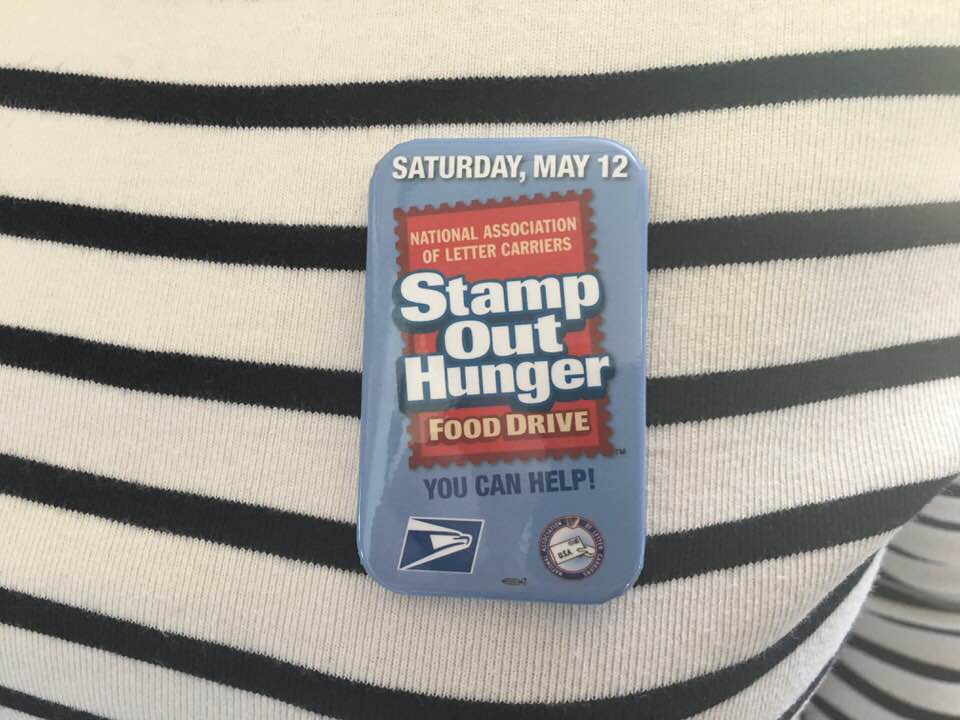 (WESTERN NEW YORK) - Western New York’s Labor Unions and their Members are gearing up for the National Association of Letter Carriers’ (NALC) 26th Annual Stamp Out Hunger Food Drive, which will be held this Saturday (May 12th).

Every year - on the second Saturday in May, Unionized Postal Carriers - in addition to their regular workload, collect food from people in more than 10,000 cities across the United States, making it the largest one-day food drive in the world.

NALC is encouraging those who wish to participate to leave bags of non-perishable food items by their mailbox before their regular mail pickup on Saturday.  NALC Letter Carriers will pick up the bags and deliver the food to local food pantries with the help of retired Letter Carriers, other Postal Employees and countless volunteers, including many from across Organized Labor.

During its 25 years, Stamp Out Hunger has collected and distributed more than 1.5 million pounds of food during the time of year that most food pantries and agencies are at their slowest time for donations, NALC Officials said.

More than 1,000 Letter Carriers - from Niagara County down to the New York-Pennsylvania State Line - and another more than 300 volunteers will collect and deliver the donated non-perishable food items from across Western New York, NALC/Branch 3 Food Drive Coordinator Nicole Marasco tells Your On-Line Labor Newspaper.

Marasco, who spoke to area Union Representatives at the Buffalo AFL-CIO Central Labor Council’s monthly meeting to remind Union Activists of this year’s event, asked all in attendance to not only support the event by leaving a bag of non-perishable foods at or near their mailboxes for Postal Workers to pick up while they delivered the mail, but to fill the bag with foods that are healthy, including canned tuna, beans, peanut butter, soup, cereal, oatmeal and other whole grains, canned fruit and canola and olive oil, as well as canned meats.

“We ‘want everyone to absolutely be healthier this year,’” Marasco told WNYLaborToday.com. “As Letter Carriers, ‘we see so many kids going to school without eating a good breakfast – kids eating a bag of potato chips as they wait for their bus.’  ‘At (8 a.m.), that’s not what you want to see.’’”

“The ‘need is worse than ever and we need to have people make donations.’  ‘We make donations to eighty-six pantries across the region that literally helps every neighborhood in Western New York,’” added Marasco, who also noted the Buffalo/Western New York Region collected more than 880-pounds of donated non-perishable foods during last year’s effort.

Marasco - who has been involved in Stamp Out Hunger for 23 years now, including 16 years as its Local Director, tells WNYLaborToday.com she is “extremely proud” of those NALC Members and volunteers who come out every year to make the effort such a success.

“We ‘talk about it all the time.’  ‘It’s all about taking care of one another and what better way is there other than making sure people have enough to eat?,’” she said.  “I’ve had ‘so many Branch Members talk about a family member who go laid off and found themselves at a food bank.’  There are ‘so many of us who are just one paycheck away from disaster.’  ‘And for all our Members and Members of Organized Labor to get together in this effort is just incredible.’” 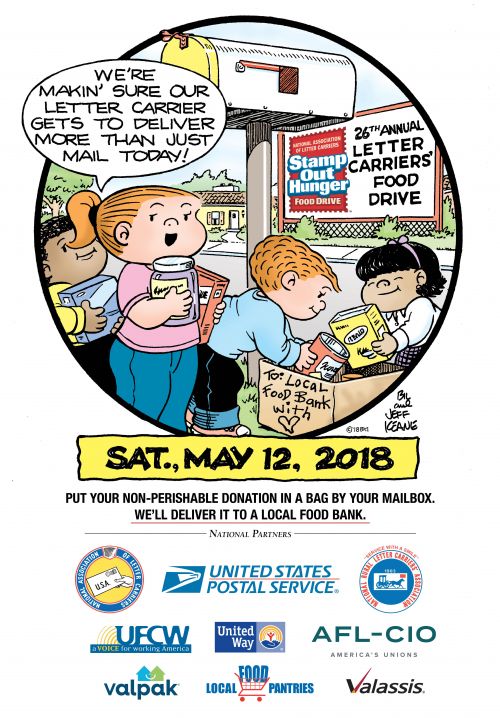 The national, coordinated effort by NALC to help fight hunger in the United States grew out of discussions in 1991 by a number of leaders at the time, including NALC President Vincent R. Sombrotto, National AFL-CIO Community Services Director Joseph Velasquez and Postmaster General Anthony Frank.

A pilot drive was held in 10 cities in October of 1991 and it proved so successful that work began immediately on making it a nationwide effort.

Input from food banks and pantries suggested that late Spring would be the best time since by then most food banks across the country start running out of donations received during the Thanksgiving and Christmas holiday periods.

A revamped drive was organized for May 15th, 1993 - the second Saturday in May - with a goal of having at least one NALC Branch in each of the 50 States participating.

The result was astounding: More than 220 Union Branches collected more than 11 million pounds of food - a one-day record in the United States.

From Alaska to Florida, from Maine to Hawaii, NALC Letter Carriers did double duty on the Stamp Out Hunger Food Drive Day - delivering mail and picking up donations.

The Food Drive just grew and grew from that point.

In 2010, the drive surpassed the one-billion-pound point in total food collected over its history.

To learn more about the Stamp Out Hunger Food Drive, visit NALC's web site at  www.nalc.org/community-service/food-drive and follow the effort on Social Media with the hashtag #StampOutHunger.