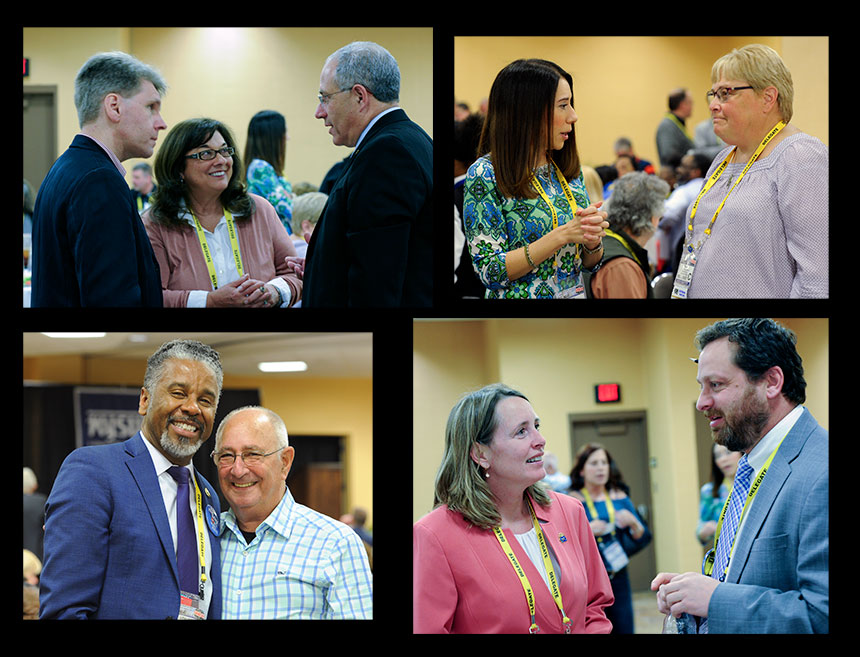 (BUFFALO, NEW YORK) - More than 2,000 New York State United Teachers (NYSUT) Delegates from across the State are in Buffalo to discuss over-testing and other Education Policy issues, as well as to hear from an array of Statewide Elected Leaders, during the Teachers Union’s 46th Annual Representative Assembly.

NYSUT - a statewide Union with more than 600,000 Members in Education, Human Services and Health Care that is affiliated with the American Federation of Teachers (AFT), the National Education Association (NEA) and the AFL-CIO, kicked off their Representative Assembly on Friday (April 27th).  It ends on Saturday (April 28th).

“As we face ‘unprecedented threats’ from ‘wealthy’ special interests ‘who want to destroy’ Unions and the ‘principles we value, we are committed to the democratic processes that keep our Union strong,’” NYSUT President Andy Pallotta said. “We ‘look forward to raising our voices together as we celebrate our values and our Union.’”

Elsewhere, leaders representing varied NYSUT Constituency Groups came to the pre-RA Local and Retiree Council President's Conference at the Representative Assembly with different concerns, but the same goal: To inform their Union of the challenges facing their Members and learn the latest information and strategies to take home.

In a wide-ranging discussion with NYSUT Officers, Local Leaders asked questions about Union priorities, political action, a gubernatorial endorsement, the teacher shortage, school safety – to name but a few areas of priorities.

NYSUT President Pallotta said the Union's incredible success defeating the State's proposed Constitutional Convention last year sent a very strong message: "When Labor ‘gets behind something, we can really make change.’  Now, we ‘have to continue’ this 'NYSUT Wave' as we move forward."

Local Union Leaders gave Education Commissioner Elia a heart-wrenching reality check of what the State’s testing regime is doing to students and Teachers.

Fresh from a painful first round of Grades 3 through 8 State testing, educators at a Q&A with the commissioner described widespread student frustration, exhaustion and tears - and a disastrous foray into computer-based testing.

“I am a ‘mandated child abuse reporter,’” said Kathy Occhioni of Churchville-Chili EA, to much applause at the pre-RA session with Local Presidents and Retiree Leaders.

“We ‘probably should have been reporting what happened to our kids.’  After three hours of testing, ‘more than half of my students were still taking the test.’  After five-and-a-half hours, I had five students still testing.  ‘That’s a crime,’” she said.

To Continue Reading This Labor News Story, Go To: www.nysut.org/news/2018/april/ra/nysut-presidents-many-constituencies-with-singular-purpose