Organized Labor On The Passing Of U.S. Congresswoman Louise Slaughter: She Was A âStaunch Defender Of Working People Who Earned Laborâs Everlasting Admiration And Respectâ 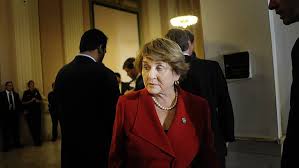 From Rochester to Western New York and across New York State, Organized Labor is mourning the passing of U.S. Congresswoman Louise Slaughter, who served New York's 25th District for the past 31 years. The Democratic Congresswoman from Rochester had fallen in her Washington, D.C. home last week and was hospitalized with a concussion at George Washington University Hospital.  She was 88.

"On behalf of the two-point-five million Members of the New York State AFL-CIO, I send my deepest condolences to the family of Congresswoman Louise Slaughter,” Statewide Labor Federation President Mario Cilento said. “I am so saddened to hear of her passing.  Representative Slaughter was a true champion of the Labor Movement who fought hard to protect the rights and enhance the lives of Working Men and Women.  Our thoughts and prayers are with her family and friends during this most difficult time."

Dan Maloney (Pictured below with Congresswoman Slaughter), who serves as the President of Rochester & Genesee Valley Area Labor Federation, said: "It was a great honor to be constituent and friend of our great representative, Louise Slaughter.  God Bless her and may God rest her in his care.  She earned our everlasting admiration and respect.  She was a true champion for the Working Class and her advocacy will be sorely missed.  Louise will live forever in our hearts and memories, and we are better people for having known her." 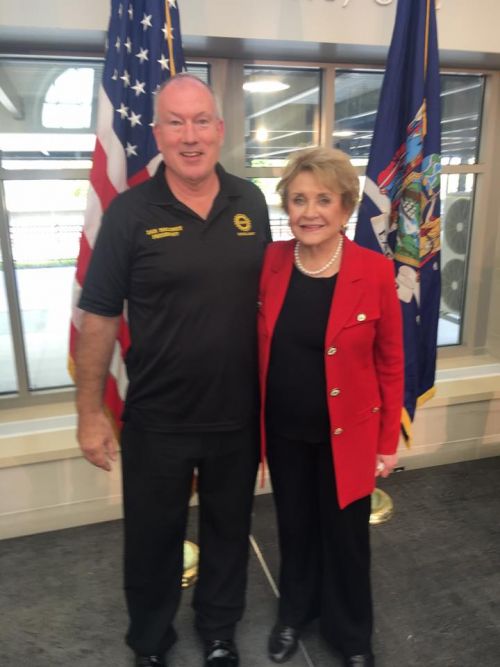 Western New York AFL-CIO Area Federation President Richard Lipsitz released the following statement: Dear Brothers and Sisters - It is my sad duty to inform you that Congresswoman Louise Slaughter passed away earlier today at the age of 88.  Congresswoman Slaughter was a staunch defender of the Working People and a great friend of our Local Labor Movement.  Congresswoman Slaughter was first elected in 1987 and served the Rochester and Buffalo Regions of the State until her passing.  She had a very distinguished record in Congress where among her numerous accomplishments, was the first woman to chair the House Committee on Rules.  She will be terribly missed.

Slaughter, who was in her 16th term in office and served as the Ranking Member of the House Committee on Rules, also championed women's rights, co-authoring the Violence Against Women Act that was passed in 1994 and has helped to lower rates of domestic violence in the United States.

Among Slaughter's most recent legislative accomplishments in the Rochester area were helping to bring high-tech companies to Eastman Business Park, helping to create the Federal Photonics Institute that led to AIM Photonics, and securing federal funding for the new Rochester train station and filling in the Inner Loop.

“To have met Louise Slaughter is to have known a force of nature," said Liam Fitzsimmons, her Chief of Staff. "She was a relentless advocate for Western New York whose visionary leadership brought infrastructure upgrades, technology and research investments, and two federal manufacturing institutes to Rochester that will transform the local economy for generations to come."

The Slaughter Family also issued a statement, saying they were “incredibly grateful for all the support during this difficult time.”

Information on funeral arrangements will be provided at a later time.

For More, Go To: http://13wham.com/news/connect-to-congress/congresswoman-louise-slaughter-dies-at-age-88