This Is To Share With Workers Who Do Not Know: What A Labor Union Is & How It Works - We're Here To Explain 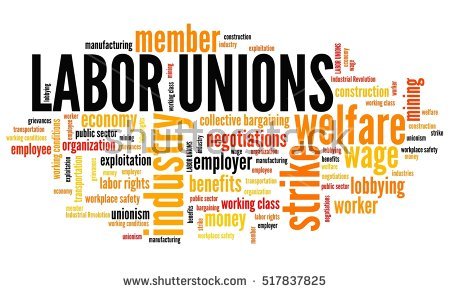 On February 26th, the United States Supreme Court began hearing arguments on the Janus v. American Federation of State, County, and Municipal Employees (AFSCME), Council 31 case, which will stand as one of the most significant Labor rulings in recent history.

The case is about Unions and the kinds of fees they are able to collect, something that impacts millions of Working People across the United States.

The plaintiff, Mark Janus, a Child Support Specialist for the Illinois Department of Healthcare and Family Services, alleges that “Fair-Share Fees” (also called “Agency Fees”) violate his and other Non-Union Members’ First Amendment rights, because said fees may be used to support political causes or organizations with which he disagrees.

Unions give Workers the power to improve their workplaces and have a long history of creating lasting, progressive changes, from the institution of the eight-hour workday to health and safety regulations.

Maybe someone in your family - a parent, an aunt or uncle, a grandparent - is in a Union or you’ve listened to people talking about the successful West Virginia wildcat Teachers’ Strike on Twitter, but the news can all get confusing, with all the talk of bargaining and contracts and fees, so we’re here to explain what Unions are, how they work, and what the outcome of this case could mean. 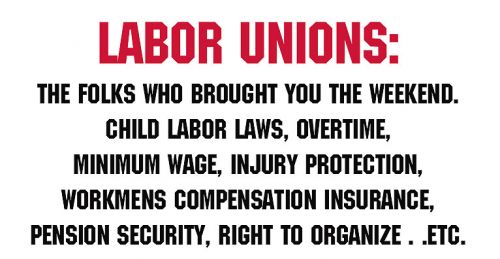 What is a Labor Union? - A Labor Union is an organization of Workers dedicated to improving wages, hours, and working conditions within their workplace via Collective Bargaining to secure a Union contract.  The Union negotiates directly with employers on the Workers’ behalf and is funded by its Members’ Union Dues, which are calculated either by using a fixed rate or as a percentage of the Member’s salary.  Since the 19th century, American Labor Unions have fought to secure rights, protections, and benefits for their Members, and since the 1930s, have been strongly aligned with the Democratic Party. 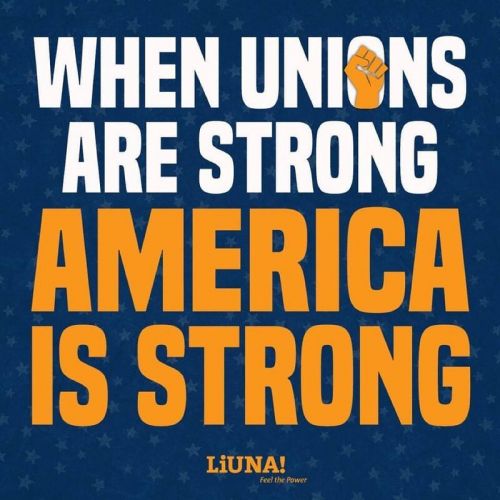 Who do Unions serve? - Traditionally, Labor Unions have been most present in industries like Manufacturing, Transportation and the Public Sector.  Most Unions focus on a specific industry, like the United Auto Workers (UAW), the Writers Guild of America, East (WGAE) or Service Employees International Union (SEIU), and represent Workers in both the Public and Private Sectors.  The Industrial Workers of the World (IWW), which represents Workers in all kinds of industries around the world, is a unique case in that it seeks to represent all Workers as a class in “One Big Union” and does not require Members to work in a formally represented workplace - which means that anyone with any type of job may join and Members can join other Unions as well.  Overall Union Membership has sharply declined since the 1970s.  As of 2016, one in three Public Sector Workers - or those working in the part of an economy that is controlled by the government - were in a Union, but only 6% of Private Sector Workers were organized, according to data from the Bureau of Labor Statistics (BLS).  However, in recent years, Unions have made great strides in organizing newer industries like Fast Food, with the Fight For $15 Campaign, which organizes Fast Food Workers who are demanding the right to a $15 Minimum Wage and a Union that includes thousands of Workers around the country, and Digital Media, which has seen the Writers Guild of America, East and the News Guild organize hundreds of Workers at Digital Publications like Gawker, Vice, Vox, Slate, Gothamist/DNAinfo, ThinkProgress, Thrillist, Mic and many more. (Full disclosure: The author of this piece is a member of and Councilperson at the WGAE.)

Why would someone want to join or organize a Union at their workplace?

To Continue Reading This Labor News Report, Go To: https://www.teenvogue.com/story/what-a-labor-union-is-and-how-it-works