Labor Perspective From WNY Unionist Gene Grabiner: What Does The Trade War Mean? 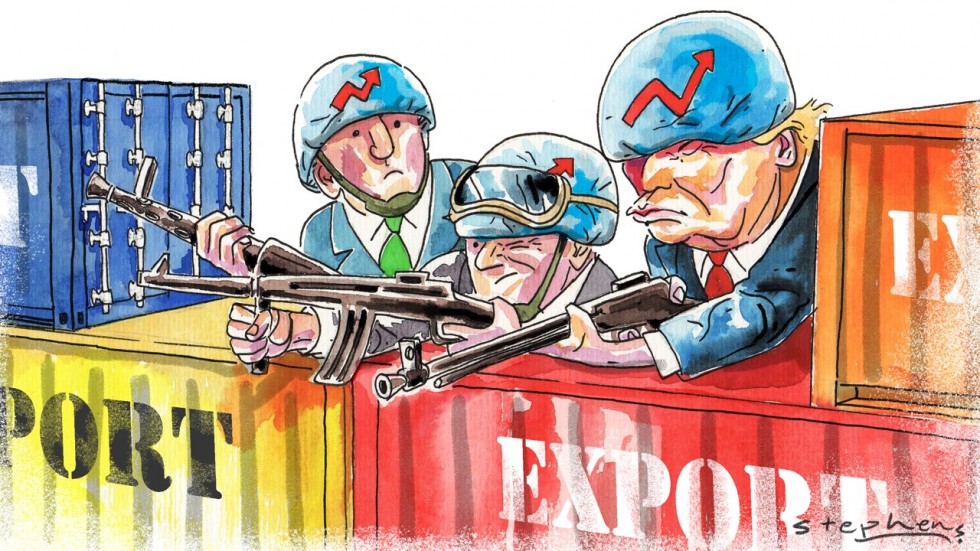 It's absolutely true that quality jobs must be available to those who suffered through the recession and suffered because of automation and offshoring, and of course quality jobs should also be available to the underemployed and/or unemployed folks - including young college grads who are drowning in debt and cannot find work commensurate with their skills and education.

As it was under Franklin Delano Roosevelt, the government should have long ago engaged in a massive public works and infrastructure program - with the government being directly the main employer.

Also, a just transition program should have been begun nationally to help those workers who have been displaced from jobs.

1) If they were age 50 and over, paying them a salary or wages sufficient to maintain their quality of life as it was while employed, and carrying them through to age 62 - unless and until they got a comparable job to the one they had and,

2) Retraining younger displaced Workers and keeping them on a quality-of-life-based salary until they secure new, quality employment.

Why can't this happen?

1) The Republicans' self-serving tax bill and,

Now, in this context, there will be tariffs on steel and aluminum.

For a time, this will appear to benefit workers in various steel and aluminum plants and fabrication companies.

They will have good Union jobs paying at least $20 an hour.

It will mean, of course, a spike in prices for everything made from and with steel and aluminum.

That's because American manufacturers will have a captive market and dramatically reduced competition.

It will mean monopoly pricing.

Even those Workers in aluminum and steel who will benefit from the tariffs in the short term will eventually lose.

That's because, with monopoly pricing, they and many, many other Workers in other industries will eventually not be able to buy back what they have made.

And Trump’s trade war will mean reductions in American exports, particularly in the Agricultural Sector - which will strike at a good part of Trump’s base.

The strategic and tactical question is this: How will Organized Labor and our friends and allies respond to this situation?