Company Announces Layoff Of As Many As 12 Recently-Unionized Workers At The Suburban Manufacturer Of Scrap Recycling Machinery After Six Months Of Failed Negotiations On A First Contract, Drawing The Ire Of Local Labor Leaders 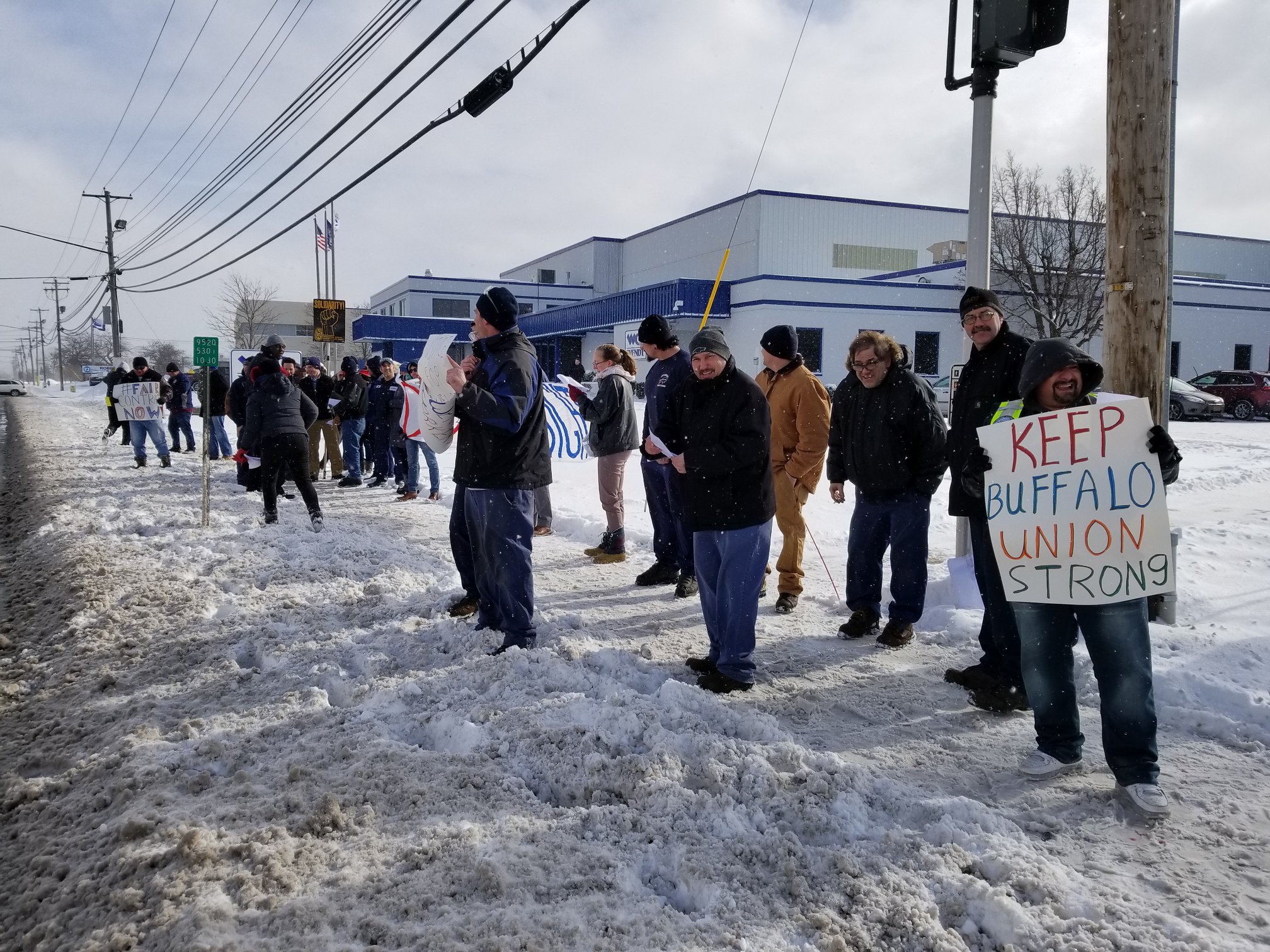 (CHEEKTOWAGA, NEW YORK) – For three days this week, just-Unionized Employees of the Wendt Corporation - a suburban manufacturer of scrap recycling machinery, will hold lunchtime rallies outside the company’s Cheektowaga plant to protest what Union Officials tell WNYLaborToday.com is a blatant attempt to bust their Union, which for the past six months has been attempting to negotiate a first contract with management.

And to make matters worse, Wendt management has announced it will lay off as many as 12 of a group of 36 former Non-Union Workers who are now represented by Ironworkers Shopmen’s Local 576 on Friday, February 9th, blaming a “lull in business” as a suspicious reason for doing so.  However, the Workers say the company has been “dragging its heels,” which is preventing them for getting a fair first contract.

“We voted in June (2017) - ‘yes’ for the Union,” said Wendt Employee Mark Castilloux (Pictured Below) - a Machine Operator at the company, in recent testimony given to the Buffalo Truth Commission on Poverty. “We got (70%) of the vote there.  We’re ‘Union Strong,’ but it’s been six months and ‘we still don’t have a contract.’  I feel as though the company ‘isn’t doing the right thing.’ (The company say) they’re ‘planning on laying us off.’  I feel as though that’s a ‘scare tactic and intimidation’ due to the fact that we want the contract.  ‘It’s caused a lot of turmoil’ and we’re asking Wendt ‘to do the right thing.’” 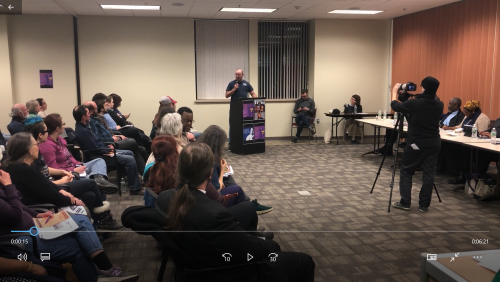 An Ironworkers Union Official told WNYLaborToday.com the company’s announcement of upcoming layoffs while negotiating a first contract “is pretty draconian.”

“They are making some ‘pretty petty moves.’  The company ‘has been pretty aggressive and they’ve brought in out-of-town Union Busters.’  They’ve also held ‘captive audience meetings and one-on-one sessions.’  Management ‘has even raised the possibility of outsourcing and plant closure’.  Now they’ve announced some layoffs, ‘which is a move that comes across as a bargaining tactic,’” the Union Official told Your On-Line Labor Newspaper.

The Western New York AFL-CIO Area Labor Federation (WNYALF) and the Buffalo AFL-CIO Central Labor Council both put out a call to action for area Unions and their Members to support the newly-Unionized Wendt Workers this week on the lunchtime rally line.

In a statement, the WNYALF said: Our Sisters and Brothers of the Ironworkers Local 576 working for Wendt Corporation are in need of the support of the Western New York Working Class Community in their fight for their first contract.  Workers voted by 70% to Unionize in June of 2017.  Nineteen Bargaining Sessions have been fruitless.  Last week, Wendt announced that they will be laying off 8-to-12 Workers from the Bargaining Unit by the end of next week.  Wendt is trying to bust (the) Union, threaten (its) Workers and eliminate our livelihoods.  Members of the IWINTL Local 576 will not let this happen!  They need us to show up in support of their fight!  Together our solidarity wins! 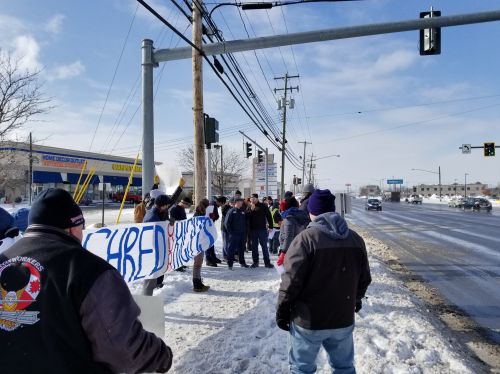 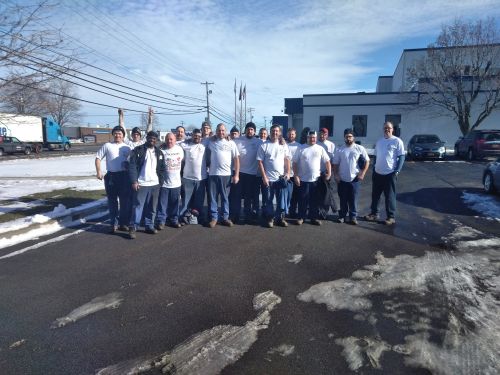 The Workers (Pictured Above) came to the Ironworkers seeking Union Representation for a number of reasons, the Union Official told WNYLaborToday.com, “including ‘favoritism’ - which made the Workers ‘afraid’ for their jobs” and for “safety reasons” within the plant.

“We plan on three consecutive days of lunchtime rallies (outside the plant which is located on Walden Avenue) on Tuesday, Wednesday and Thursday of this week, with another major event planned for next week.  We want to ‘empower’ these Workers and ‘get them active’” in the fight, the Union Officials said.

Wendt is a privately-owned company, headed by President Thomas Wendt, Jr.  It has major contracts and partnerships domestically and across the globe, with estimated annual revenues of $37 million, according to materials provided to WNYLaborToday.com by the Union.

A number of community leaders and groups are supporting the Wendt Workers, criticizing the fact the company was awarded more than $4.8 million in tax credits and exemptions since 2004 through New York State’s Empire Zone Program.

In addition, Wendt was also awarded state-subsidized electric power through the New York Power Authority’s RechargeNY Program, which was awarded on agreeance the company would “create jobs and raise investment.” 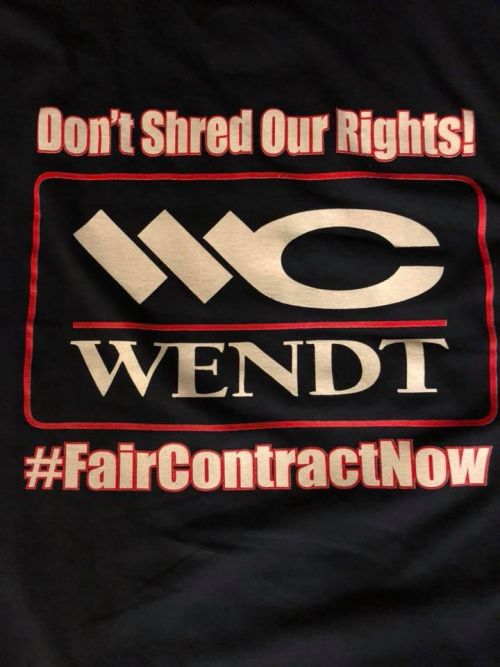