Amid All The Attacks On Organized Labor, The Head Of The WNY Area Labor Federation Is âOptimistic 2018 Will Be A Good Yearâ For Labor Unions & Their Members 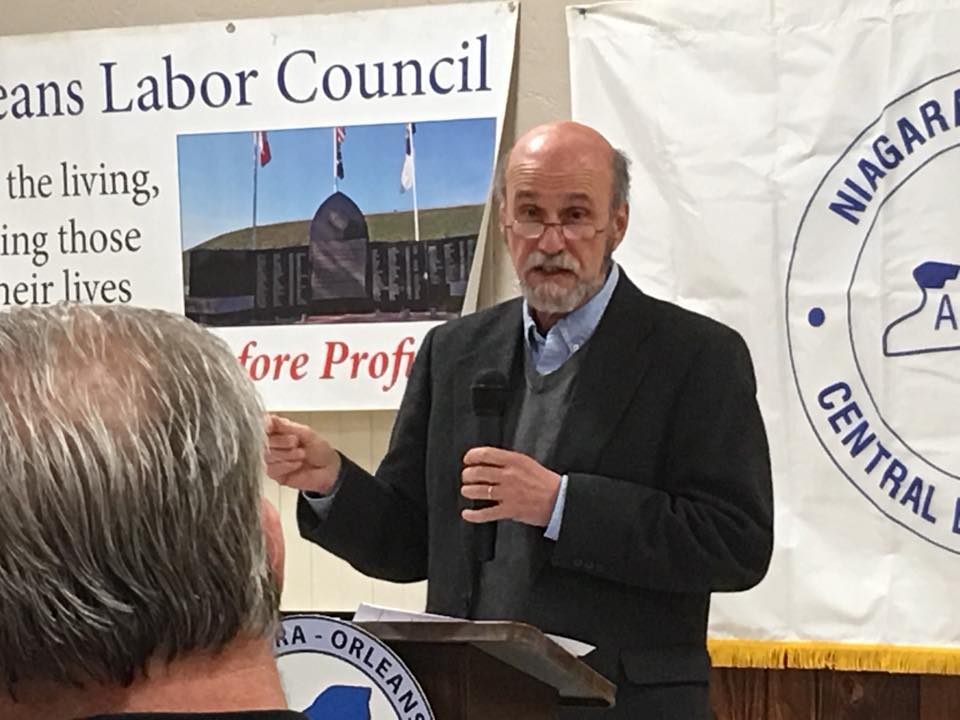 (NIAGARA FALLS, NEW YORK) – “When we are ‘united, we end up winning,’” Western New York AFL-CIO Area Labor Federation (WNYALF) President Richard Lipsitz matter-of-factly told WNYLaborToday.com of the Labor Movement in general, while sharing his thoughts and agenda with Your On-Line Labor Newspaper in terms of what the Regional Labor Movement will move forward on in 2018.

Lipsitz, who is up for re-election this year as the head of the WNYALF - oversees the Regional AFL-CIO Labor Organization’s five individual Labor Councils in Buffalo, Niagara-Orleans, Dunkirk, Jamestown and Cattaraugus-Allegany, which combine to represent just under 150,000 Unionized Workers across Western New York.

Lipsitz said down with WNYLaborToday.com just before delivering his remarks as the keynote speaker at the Niagara-Orleans AFL-CIO Central Labor Council’s Annual Awards Dinner, which was held earlier this month in Niagara Falls.

“When we are ‘united, we end up winning,’” Lipsitz (Pictured Below/WNYLaborToday.com Photo) said, relaxing at a table before the evening’s festivities started. 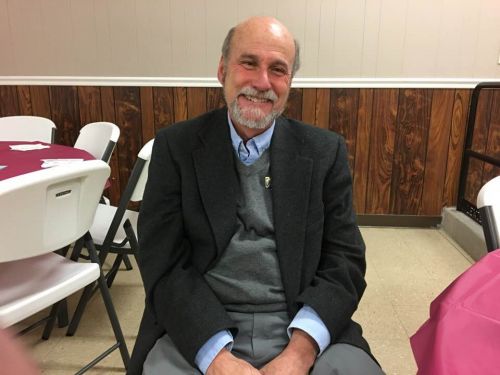 “We’re ‘trying to figure out our maximum effort’ when it comes to politics this year, with races in New York for Governor, Attorney General and State Comptroller, and in the Assembly and Senate, as well as in the U.S. House and Senate,” he said.

Despite the many attacks on Labor from Republican President Donald Trump’s Anti-Union/Anti-Worker Administration, from the Far Right in terms of their continued march and support of Right-To-Work (for less) Laws, dismantlement of Prevailing Wage Standards and Fair Share Dues and the erosion of Workplace Safety Laws, Western New York and New York State remain heavily Unionized - with New York registering as the most Unionized State in the Nation with more than two million Union-represented Workers in the Public and Private Sectors, as well as in the Building Trades.

“We’ve ‘held’ our (Union) density ‘and we’ve even seen an uptick,’” Lipsitz said.

As it prepares to target and mobilize in preparation for the upcoming November elections, the WNYALF will be busy with several major events of its own in the coming weeks and months, including its March 24th Annual Meeting, which will feature New York State AFL-CIO President Mario Cilento as the keynote speaker.

In addition, American Federation of Teachers (AFT) National President Randi Weingarten will serve as the keynote speak at the WNYALF’s Annual Awards Dinner, which will be held at the Adam’s Mark Hotel in Downtown Buffalo on April 26th.

“We expect a ‘big turnout’ for our dinner and Weingarten’s appearance ‘continues the WNYALF’s run’ of attracting National Labor Leaders, including the United Steelworkers’ Leo Gerard and Lee Saunders of the American Federation of State, County and Municipal Employees, who have addressed our attendees in the past,” he said.

In addition, Internationally-known Racial Justice, Labor and Global Justice Writer and Activist Bill Fletcher will make a return to Western New York on May 19th to oversee a WNYALF-sponsored event that will focus on “Right Wing Populism and the Labor Movement,” Lipsitz added.

On another front, the WNYALF will immerse itself into two area efforts in support of Working People in the coming weeks: the Ironworkers fight to gain a first contract for recently-Unionized Workers employed at Buffalo’s Wendt Corporation – a manufacturer of industrial scrap recycling machinery; and for Maintenance Personnel who are in a battle with Buffalo’s Canisius College for a fair contract.

Speaking at the Niagara County Labor Dinner, the WNYALF President (Pictured Below/WNYLaborToday.com Photo) told Union Leadership, Labor Representatives, Elected Officials and Friends of Labor that the Labor Movement “serves as the ‘backbone of organized resistance’” to those who currently attack Unions and their Members. 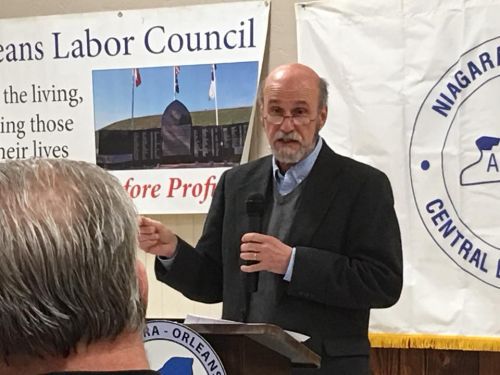 “When ‘you stop and think about it, how could it be any different?’  We participate in ‘unique’ work.  ‘No one in society represents Working People in their economic and social struggles like Labor Unions do.’  ‘No organizations have as their core mission the defense of the living standards and working conditions of ordinary people.’  Collective bargaining and self-organization ‘form the basis’ of Labor Relations in our country.  It is this system that provides all the ‘real guarantees’ to a ‘decent standard of living and safe and regulated workplaces. We are the guardians of this system,’” Lipsitz said.

“And this system and the standard of living ‘we can guarantee for millions of people is under a grave attack.’  This attack ‘didn’t start under the current administration and it won’t end with the overthrow’ of (Republican President) Donald Trump – ‘however that comes to pass.’  Our Labor Movement ‘forms the bulwark and the backbone of the organized resistance’ to the Anti-Worker programs of the Right Wing.  ‘We are in a fight with rapacious, greedy companies, the politicians who support them and with the entire Right Wing Media.’  The ‘main spokesperson of this offensive is the President of the United States.’  ‘Nothing proves this more than the obscene’ Tax Reform Bill that was passed into law in late December.  ‘More is to come, and it may happen at the Federal level, the State level and in the courts’ - considering Janus versus AFSCME,” Lipsitz continued.

“Now, (Niagara-Orleans Labor Council President) Jim (Briggs) asked me to speak to you about these issues, ‘but I don’t think he wants me to scare the wits out of anyone, either.’  So, let me be ‘very clear.’  ‘We can fight, we will fight and we can win.’  ‘Nothing is inevitable, nothing is pre-determined and we have significant forces at our disposal.’  ‘If you leave this dinner with only one thought, let it be that those things that unite us far outweigh those things that divide us.’ ‘Let us join together in the battles yet to come,’” he said.