Via In These Times: Hereâs Why These Three Rank-And-File Union Members Are Running For Maryland Public Office 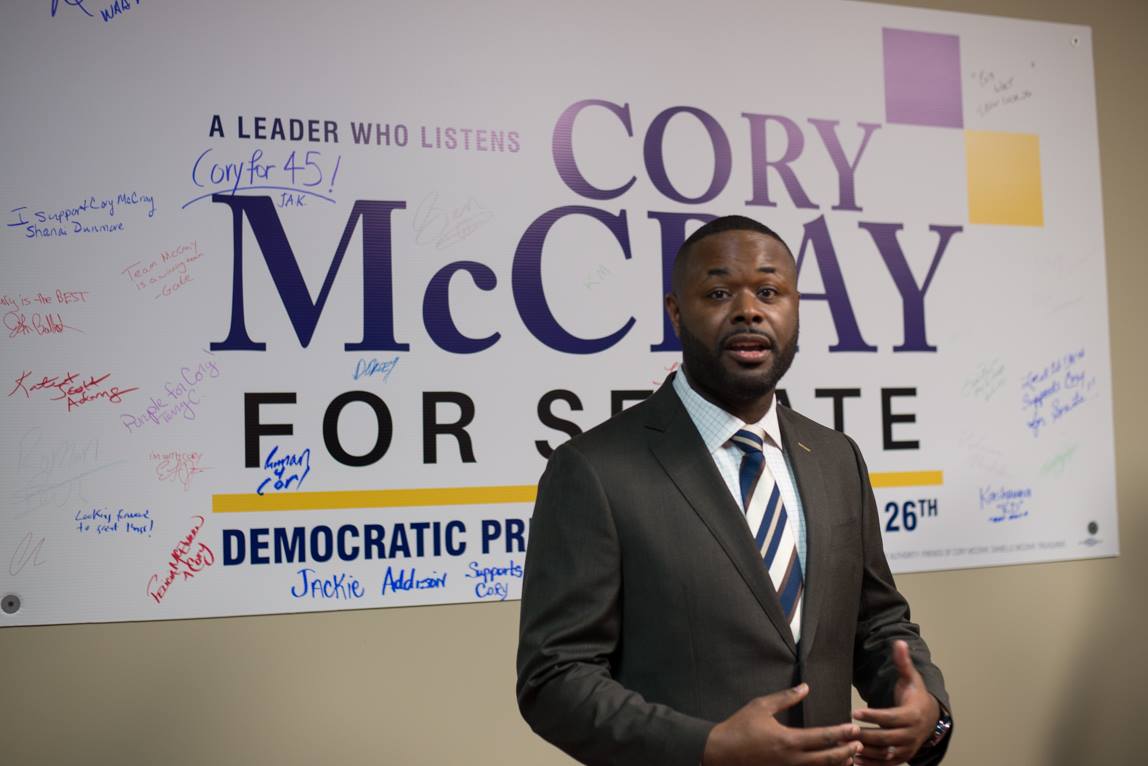 (BALTIMORE, MARYLAND) - Determined to win a larger role in the Maryland State Democratic Party organization, Labor Unions are entering the 2018 Off-Year Election Season early and betting on some of their own Rank-and-File Members for places in the State Legislature and other local offices.

Some of the preparatory work began this past Summer, says Charly Carter of Maryland Working Families, a Union-backed Political Organization that will be aiding Progressive, Pro-Worker Candidates in the state’s Democratic primaries.

Carter’s group, prominently supported by the Service Employees International Union (SEIU), sponsored training sessions for Union Members and other Progressives intent on getting involved in races for Local Elective Offices for the first time.

Some 300 people enrolled in the trainings, she says, including prospective candidates, would-be campaign staffers and other election activists.

“The Democratic Party ‘is just not doing its job in Maryland,’” in recruiting a new generation of party leaders who will defend Progressive Values, Carter tells In These Times. “They ‘seem to regard their role as protecting incumbents - and nothing more.’”

A lot of the Progressives involved in the training were spurred to action by the example of the 2016 Presidential Campaign.  The success of Donald Trump in winning the White House, and the failure of Bernie Sanders to win the Democratic nomination, impressed on many the need to change the direction of electoral politics, Carter says.

For Alethia McCaskill, the 2016 Presidential Election was only the end point of a growing conviction that she should become more involved in local elections.

The African-American neighborhoods around her home in the suburb of Catonsville have long suffered from neglect from their current officials, especially Democratic Senator Shirley Nathan-Pulliam, she says.  So the SEIU Local 500 Member decided to take the leap and challenge the incumbent in the party primary coming up in June.

Unions in Baltimore were receptive to her ambition, she says.  However, some of them were unhappy with Nathan-Pulliam’s performance in the legislative fight over a Maryland Paid-Sick-Leave Law, where some Democrats quietly tried to weaken the new Law, despite overwhelming public support for the measure.

McCaskill counts herself as a passionate supporter of a strong Bill and also of a new $15-an-hour Statewide Minimum Wage.

She tells In These Times she is expecting official endorsements, as well as financial support for her campaign, from several Unions that supported Nathan-Pulliam in the past.

The 10-year Member of Local 500 says of her opponent: “We ‘were expecting her to step up’ on Paid Sick Leave.  ‘She tried to water it down.’”

More broadly, she sees her opponent as too passive in the legislative fights important to Working Class Voters: “I’m not a ‘sit quietly in your office’ kind of girl.”

McCaskill is being joined in challenging an incumbent Democratic senator by Cory McCray (pictured above), a young Legislator with roots in the International Brotherhood of Electrical Workers (IBEW).

McCray, 35, was elected to the State’s Lower House of Delegates in 2014 with support from Maryland Working Families and the IBEW, and is now ready to challenge incumbent Democrat Senator Nathaniel McFadden.

Like Nathan-Pulliam, McFadden is a veteran of the local political machine who has come under criticism for an overly conservative, go-slow approach to governance.

McCray is another supporter of a Statewide $15 Minimum Wage and tells In These Times that now is the time to push it through.

To Continue Reading This Labor News Report, Go To: http://inthesetimes.com/working/entry/20798/maryland-election-rank-and-file-union-democratic-party