Yuengling Beer âCannedâ From Menu At Pennsylvania Governorâs Swearing-In â Was It Because Of The Beer Company Being A Target Of Union Rallies After Becoming A Vocal Proponent Of Right-To-Work (For Less) Laws? 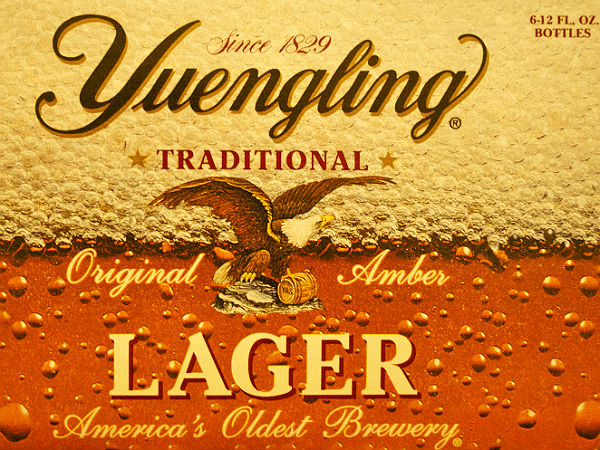 (THE STATE OF PENNSYLVANIA) - Is America's Oldest Lager Non Grata To Pennsylvania's Newest Governor?  Yuengling, From The Pottsville-Based Brewery, Appears to Have Been Left Off the List of Beverages to be Served at This Month’s Inauguration Ceremonies for Governor-Elect Tom Wolf.

Pennsylvania State Representative Mike Vereb (Republican-Montgomery) said he Learned From Constituents and Others That Inauguration Planners Had Specifically Declared Yuengling Not to be Served.  Representative Vereb Was Not Sure Why, or if Governor-Elect Wolf Knew, But Added he Didn't Think it Was Accidental.

Asked if Yuengling's Draft Was Getting the Shaft, Wolf Representative Beth Melena said: "We Met Our Beverage Needs and We Have a Variety of Choices for Attendees From a Number of Breweries, Including Pennsylvania-Based Breweries."  However, Melena Would Not Elaborate.

One Clue May be the Company's President, Richard Yuengling Jr.

As Popular as His Family's Beer May be - President Obama Sent a Case to His Counterpart in Ottawa After Canada Topped the United States in Men's Hockey in the 2010 Olympics – Yuengling - a Republican, Doesn't Have Many Fans Among Organized Labor, One of the Democratic Party's - and by Extension Wolf's - Most Reliable Bases.

Two Years Ago, the Now-74-Year-Old Yuengling Became a Target of Union Rallies After Becoming a Vocal Proponent Of Right-to-Work (For Less) Laws.

At the Time, he said the State Would Attract More Business if it Endorsed Policies That Ban Mandatory Dues and Membership at Unionized Businesses.

Such Laws are Viewed as Union-Busting by Labor Advocates.

A Year Ago, the Teamsters Voted to Boycott Yuengling Products.

To Directly Access This Labor News Story in its Entirety, Go to: http://www.philly.com/philly/news/local/20150116_Yuengling_canned_from_menu_at_Wolf_s_swearing-in.html