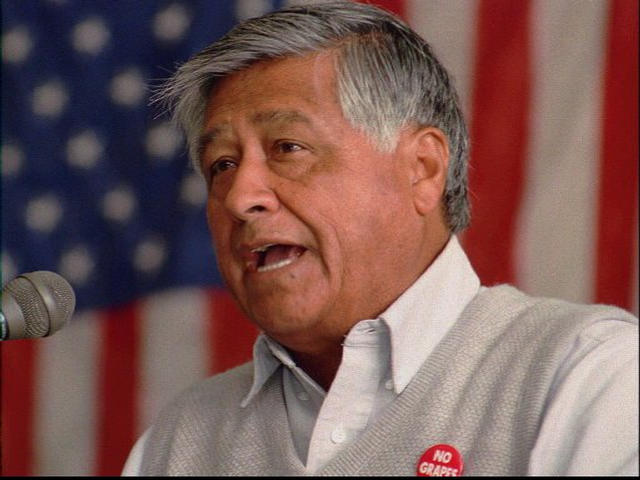 Today, on what would have been CÃ©sar ChÃ¡vezâs 84th birthday, Students, Workers and Immigrants joined together to pay tribute to the legacy of ChÃ¡vez.

As a renowned Labor Activist and a leader of the United Farm Workers (UFW), ChÃ¡vezâs dedicated vision helped elevate the plight of Migrant Farm Workers to a national spotlight.

Today, in Wisconsin and other states where the Middle Class is under attack, Working People are reminded of the struggle for Economic and Social Justice that ChÃ¡vez and others dedicated their lives to.

From San Diego to Phoenix, Arizona, hundreds of thousands of Working People are gathering together to hold national days of solidarity to honor heroes such as Martin Luther King Jr. and CÃ©sar ChÃ¡vez.

Hector Sanchez, executive director of the Labor Council for Latin American Advancement, says local LCLAA chapters across the United States have organized events to build on Chavezâs struggle for jobs and economic justice.

âToday, we reflect on the life of a man who roused nationwide support for the Farm Workersâ struggle,â Sanchez said.  âThrough non-violent actions, he organized hundreds of thousands of Farm Workers into Unions, ensuring them better pay and safer working conditions.  As we commemorate his life and legacy, we must remember that the fight for Social and Economic Justice for workers persists.â

Jobs with Justice and the Student Labor Action Project (SLAP) have also organized more than 150 campuses around the United States to hold actions in honor of CÃ©sar ChÃ¡vez and build solidarity between students and workers.

âSLAP has been participating in Farm Worker Awareness Week with direct action in Florida, California and Massachusetts while also putting on movie showings across the country in honor of ChÃ¡vez,â SLAP Coordinator Chris Hick said.  âThe Farm Worker Movement is as strong today as it was in the 60s and 70s and SLAP is proud to honor that fact.â

For Hicks, the struggle for Workersâ Rights in Wisconsin and other states is intricately linked to the struggle of CÃ©sar ChÃ¡vez and Migrant Farm Workers.

ChÃ¡vez was able to see and connect movements.  He understood how an attack on the Public Sector, on students or the private sector resulted in an attack on all.

While ChÃ¡vez is known for fighting on behalf of Farm Workers, he was much more visionary than that and the attacks on workers and the right to collective bargaining in Wisconsin, Ohio and Indiana reminds us of the importance of solidarity.

Today, we are seeing students and Labor stand together in a shared struggle.

Years after his death, ChÃ¡vez continues to inspire millions to commit themselves to Workersâ Rights, Civil Rights and Environmental Justice.  While ChÃ¡vezâs work had a direct positive impact on the lives of Migrant Farm Workers, todayâs ongoing legislative attacks on immigrants, students, Unions and the poor reminds us that the battle for justice for Working People continues.

To learn more about the teach-ins, rallies and other actions held in honor of ChÃ¡vez and Dr. King, visit: www.we-r-1.org.

To learn more about Chavezâs life and accomplishments click here and here.

Sign the Petition at action.ufw.org/page/s/chavezpetition for a National Cesar E. Chavez Holiday!

The United Farm Workers and the CÃ©sar ChÃ¡vezâs Foundation are proud to support the grassroots efforts of the Cesar E. Chavez National Holiday Coalition.  Cesar was in the late Senator Robert F. Kennedyâs words: "One of the heroic figures of our time."  He led the historic non-violent movement for Farm Worker Rights and dedicated himself to building a movement of poor Working People that extended beyond the fields and into cities and towns across the Nation.  ChÃ¡vezâs inspired Farm Workers and millions of people who never worked on a farm to commit themselves to Social, Economic and Civil Rights Activism.  ChÃ¡vezâs legacy, like the legacy of Dr. Martin Luther King Jr., continues to educate, inspire and empower people from all walks of life.  He is a role model for all Americans and for generations to come.  Help us ensure all Americans learn about CÃ©sarâs life and work.  The CÃ©sar ChÃ¡vezâs National Holiday Coalition is gathering signatures on petitions asking Congress to designate March 31st, Cesarâs birthday, and the day the UFW was founded, as CÃ©sar ChÃ¡vezâs Day.  Eleven states have established official CÃ©sar Chavez Days including: California, Arizona, Colorado, Texas, Utah, Michigan, Illinois, New Mexico, Wisconsin, Rhode Island and Nevada.  U.S. Representative Joe Baca (Democrat-California) has introduced HR 213 in the House of Representatives with 43 co-sponsors.  HR 213 urges Congress to establish a legal, public holiday for CÃ©sar ChÃ¡vez.  Sign the petition today and help ensure Cesar's legacy is recognized and celebrated throughout our nation with a Federal Paid Holiday and a day of service and learning in our public schools.